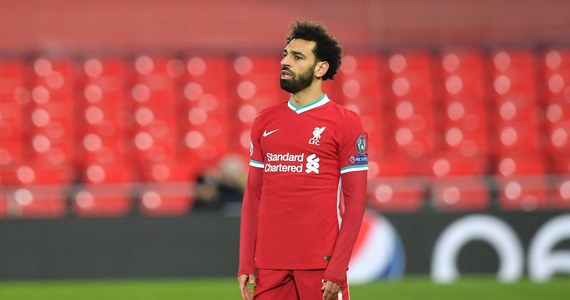 UEFA Champions League. The English in Heaven, the Spaniards in Purgatory. Only Bayern will bet on the Premier League?

“Cancel your trip to Munich” – a journalist from the Madrid “Marki” appealed to the heads of Barcelona. Half seriously. “Walkover will be an honorable 0-3, while on the pitch you will lose maybe eight goals. And it will be a great shame” – he added. The team from Catalonia, which scored just two goals in five Champions League games, must score Allianz Arena to advance to the 1/8 finals. Unless Benfica fails to beat the weakest Dynamo Kyiv in Lisbon.

Barcelona has not been lost in the Champions League group stage for 21 years. Now it seems doomed to it: Bayern with Robert Lewandowski are the most effective team in the group stage. He scored 19 goals, of which the Pole almost half (9).

Since Xavi started working for Barcelona, ​​she has regained her self-confidence and enthusiasm, which does not change the fact that in two matches under his supervision she exhausted one goal from the penalty spot. Catalan media hints that a trip to Munich is a trip to execution. Will Bayern disregard Xavi’s struggling players? If not, the Catalan team will play in the Europa League this spring.

There are three more Primera Division clubs in a difficult situation in the Champions League. The Spanish champion has fallen to the bottom of the Group B table. In the final round, Atletico must take the away game against Porto and hope that the confident first-place finish will beat Milan at San Siro. The scenario is not very realistic.

Villarreal, who is the runner-up of Group D, will play the last game against Atalanta in Bergamo. He must draw to advance to the 1/8 finals. In Group G, anything is possible: Sevilla needs an away win against RB Salzburg to stay in the competition.

Only Real Madrid proudly represents one of the two strongest leagues in Europe. It is true that he sensationally lost to Sheriff in the second round, but yesterday he took a rematch in Tiraspol. The kings will play in the 1/8 finals, they will even be seeded if they tied at Santiago Bernabeu with Inter Milan in the last round.

The crisis caused by the pandemic greatly weakened the Spanish clubs, which indisputably ruled in the Champions League in 2014-2018. However, the economic power of the Premier League did its job. In the last three seasons, we have had two English finals of the most prestigious competitions. Today, even Manchester United, plunged in chaos, are winning their group in the Champions League. Poor game in the Premier League (eighth place) and the resignation of coach Ole Gunnar Solskjaer do not change the fact that the team from Old Trafford is doing well in Europe.

The results, fixtures and tables of the Champions League can be found here!

Manchester City defeated the star PSG yesterday and sentenced them to second place in the group. The team from Neymar, Mbappe and Verratti, who hired Leo Messi, Sergio Ramos, Gianluigi Donnarumma, Georginio Wijnaldum in the summer, will not be seeded in the draw for the 1/8 finals.

Liverpool rolled over rivals in Group B. If defending Chelsea defeats Zenit in St. Petersburg in the final round, all Premier League clubs will win their Champions League groups. Bayern Munich seems to be the only worthy rival of the English today. Only the Bavarians play with intensity that rivals Premier League clubs.

David Martin is the lead editor for Spark Chronicles. David has been working as a freelance journalist.
Previous Polish Order: The health insurance contribution paid in December will lower the tax
Next Johnson warns London may suspend the Northern Irish Protocol