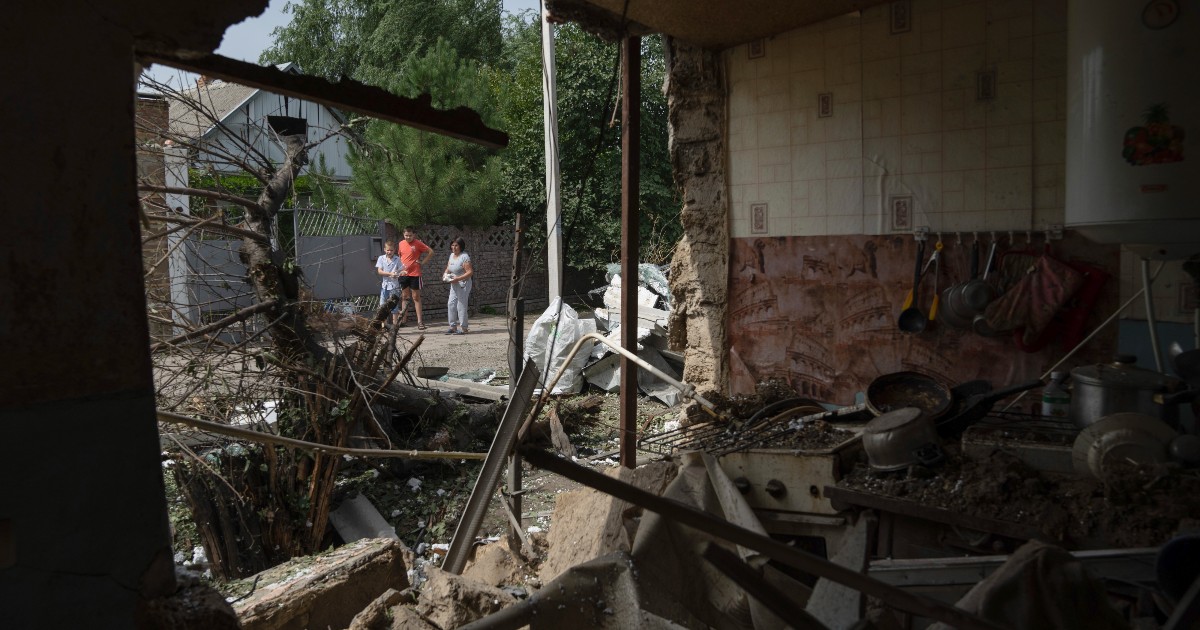 Moscow, “terrorist attack on the Crimean fleet from Kiev”

The Kiev regime carried out “a terrorist attack” on the Black Sea Fleet in Sevastopol. This was stated by the Russian Defense Ministry quoted by TASS.

Filorussi, “attack on Sevastopol the most massive so far”

Pro-Russian governor Mikhail Razvozhaev said this morning’s attack on Sevastopol by the Armed Forces of Ukraine was the most “massive” since the start of the special military operation. Tass reports it. “The enemy tried to hit the military infrastructure of the Black Sea Fleet. All unmanned aerial vehicles were identified and destroyed in advance,” the governor said.

Moscow, ‘Kiev wants to involve the US and NATO in the war “

Ukraine wants to organize an attack that could also include the use of a ‘dirty bomb’, so as to directly involve the United States and NATO in the war with Russia. This was stated by Dmitry Polyansky, Russia’s first deputy permanent representative to the UN, as reported by Tass. “Kiev has no other possibility of interfering with the achievement of the objectives of the special military operation. And they are well aware that the best way out for them is the direct involvement of NATO and the United States “, stressed Polyansky, adding that” Kiev, therefore, needs some kind of big provocation or a ‘dirty bomb ” . “Our former Western partners have repeatedly stated that the use of nuclear weapons in Ukraine is the red line that will involve some more decisive action on their part and have hinted at the direct involvement of NATO countries. This is exactly what the Ukrainian regime needs to stay in power, ”Polyansky said.

Zelensky: “War will determine the future of global democracy”

“It is important for the whole world that Russia loses the war in Ukraine. When we get a victory for ourselves, we will also get a victory for other nations whose freedom is potentially at risk ”. This was stated by Ukrainian President Volodymyr Zelensky, in video link with the Yale School of Management. The Guardian reports it. “Right now, and precisely in Ukraine, it is being decided whether our part of the world will be free and democratic. Ultimately, this is how the global fate of democracy will be determined. This fate should be determined by us: the free world, not the terrorists. I think it will be like that, ”Zelensky said again.

Four warships of the Black Sea Fleet of the Russian Federation, including a frigate and an amphibious assault ship, reportedly exploded in the Sevastopol Bay. Ukrainian presidential adviser Anton Gerashchenko said on Telegram. Who writes that, according to unconfirmed data, among the damaged ships is the Kalibr cruise missile carrier “Admiral Makarov”: a powerful explosion in the ship’s mooring area was filmed and published by UNIAN. At the moment Russian units have completely blocked the entrance to the Sevastopol bay. The Russians do not confirm the damage to the ships.

The Ukrainian special forces unit ‘Khort’ reported killing the deputy chief of staff of the paramilitary company called the Wagner Group. The Kiev Independent reports. According to reports from the special forces, there was a close encounter with the Wagner Group and the mercenaries were all eliminated. In the information of the special unit the area where the clash took place is not specified but the Khort unit, also reports Kiev Independent, is included in the ranks of the 57th motorized brigade, which is currently participating in the counter-offensive in southern Ukraine.

US, finance Kiev with assets seized from Russia: Republicans opposed

A group of Republicans, both in the Senate and in the House of Representatives, oppose the democratic plan to finance Ukraine with the proceeds from the sale of the seized Russian assets. A provision included in the National Defense Authorization Act conference report would make such a transfer possible. The document will be questioned in both chambers after the mid-term elections. At stake is the continuation, even after the elections, of the huge funding to the Ukrainians that some republican voices want to reduce, starting with the minority leader in the House, Kevin McCarthy, although others, such as the minority leader in the Senate Mitch McConnell do not .

Gb: “Removal of Potemkin’s remains from Kherson indicate withdrawal from the region”

The remains of Prince Grigory Potemkin, from the 18th century, were removed by the Russians from his tomb in the cathedral east of the Dnipro River, in Kherson: according to intelligence from the British Ministry of Defense it is a ‘symbolic’ move that , together with the exodus of civilians, “probably anticipates the Russian intention to accelerate the withdrawal from the region”. “In Russian national identity, Potemkin is strongly associated with the Russian conquest of Ukrainian lands in the 1700s and underlines the weight that President Vladimir Putin almost certainly attaches to the historical justification for the invasion,” writes British intelligence on Twitter.

The Russian ambassador to the US: “Washington withdraw nuclear weapons deployed abroad”

The Russian ambassador to the United States, Anatoly Antonov, urged Washington to return all nuclear weapons deployed by the US abroad to American territory. Tass reports it. “In this time of tension and heightened risk, nuclear states have a special responsibility to prevent escalation. In this regard, I once again urge Washington to return all nuclear weapons stationed abroad on the national territory, to eliminate foreign infrastructures for their storage and maintenance. Furthermore, to cease the practice of testing the use of such ammunition with the involvement of military personnel of non-nuclear states in the framework of NATO ‘joint nuclear missions’, contrary to the fundamental principles of the Treaty on the non-proliferation of nuclear weapons “, he Antonov stated in a note.

Videogames entered his life in the late '80s, at the time of the first meeting with Super Mario Bros, and even today they make it a permanent part, after almost 30 years. Pros and defects: he manages to finish Super Mario Bros in less than 5 minutes but he has never finished Final Fight with a credit ... he's still trying.
Previous Moratti: “Calciopoli? Juve, dishonest to play with the feelings of the fans”
Next Taylor Swift’s album at the top of the Italian chart