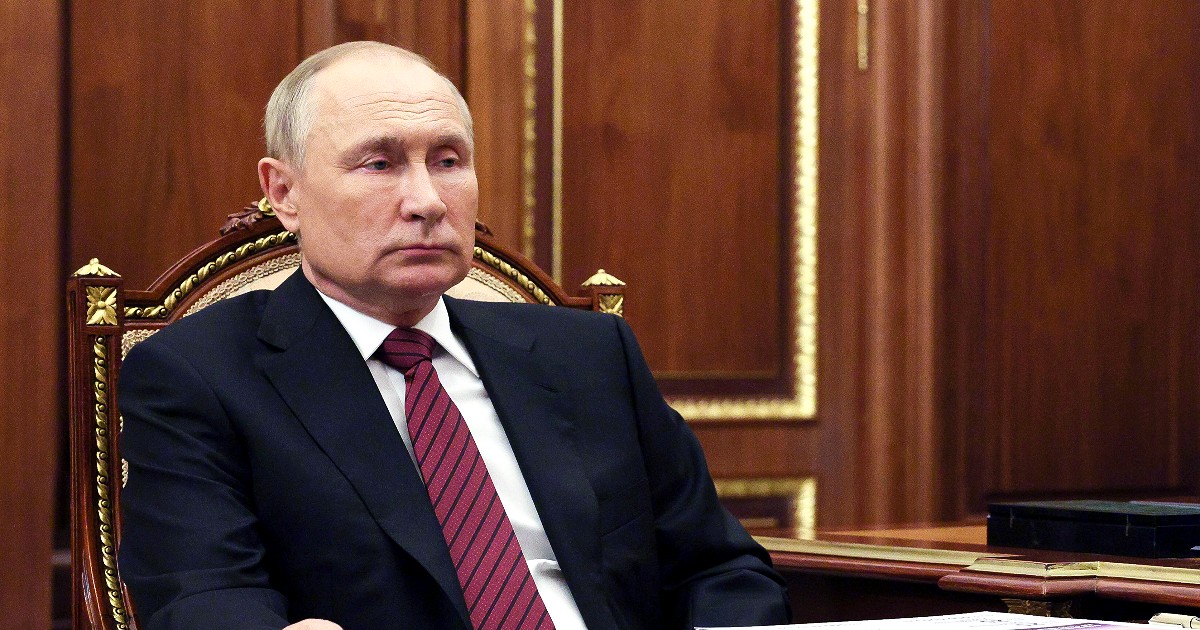 Ukraine, live – Kremlin: “The Pope’s involvement in the peace process is positive”. Putin: “Respond quickly to the needs of the military operation”

Russia to the UN: “Kiev has the dirty bomb and wants to use it to blame us”

Russia uses phosphorus ammunition, banned by international law, in Velyka Novosilka, in the Donetsk region. This is the accusation launched by the Ukrainian National Guard on Telegram, writes Ukrinform. “The Russian occupation army continues to use phosphorus weapons prohibited by the Geneva Convention in Velyka Novosilka, in the Donetsk region”, we read on Telegram where the press service of the National Guard has published a video of how the fighters of the Dnipro Brigade they suffered this attack. “This ammunition not only burns all living organisms, but is also extremely poisonous to the environment,” added the National Guard.

Five explosions were recorded in Russian territorial waters, in the Gulf of Finland, not far from the Nord Stream gas pipelines. The origin of the explosions, which were recorded by the Institute of Seismology of the University of Helsinki, has not yet been specified. On the 20th four and on the 21st a fifth.

The Russian army fired on a car in which a family was staying, killing the father and the 14-year-old son, while the 5-year-old daughter was injured: Yevhen Ryshchuk, the mayor of Oleshky, announced on Facebook. in Kherson Oblast. A finger of one hand was amputated from the girl. The Ukrainian media reported it. Ryshchuk reported that Russian troops are “very nervous” and “shoot anyone they think poses a threat”.

Interviews in the bunker for Frank-Walter Steinmeier, who arrived in Kiev by surprise this morning. The German president had talks with Ukrainian officials in an air-raid shelter in a city north-east of the capital: immediately after his arrival in the city of Koryukivka, an air alert was triggered that prompted Steinmeier, Mayor Ratan Akhmedov and a group of citizens to find shelter in the bunker. “We spent the first hour and a half in the bomb shelter – said Steinmeier – This gave us a particularly vivid feeling of the conditions in which people lived here.” According to the Ukrainian air force, the alarm was raised because the Russian army had launched 10 Iranian-made drones from neighboring Belarus.

The Ukrainian national company for the production of nuclear energy Energoatom assumes that the Russians are preparing a terrorist act using nuclear materials and radioactive waste stored in the Zaporizhzhia nuclear power plant “:” During the last week, the Russian occupiers have carried out construction works not authorized on the territory of the nuclear spent fuel dry storage facility at the Zaporizhzhia nuclear power plant. The Russian army is carrying out this work in secret mode. Ukrainian personnel and representatives of the IAEA (International Atomic Energy Agency) present on the site of the plant were not allowed to enter the site “, wrote Energoatom in a note, as reported by Espreso TV. Energoatom invited the IAEA to evaluate Russia’s provocative and threatening actions and statements as soon as possible.

Kiev to citizens abroad: “Don’t come back before summer”

It is an appeal not to return to Ukraine, at least not before next spring, that addressed to Ukrainians who are currently abroad by Iryna Vereshchuk, deputy prime minister and minister for the reintegration of temporarily occupied territories. The people of Ukraine are preparing to face a winter that will be made even more difficult by the Russian attacks on energy infrastructures.

Moscow: “Macron’s proposal to involve the Pope is positive”

Moscow today welcomed the proposal of the French president, Emmanuel Macron, to include Pope Francis and the US authorities in the talks for the solution of the situation in Ukraine: the Kremlin spokesman, Dmitri Peskov said, as reported by Tass. Yesterday Macron asked the Pope to call the Russian President, Vladimir Putin, the Russian Orthodox Patriarch Kirill and the American President, Joe Biden, to “promote the peace process” in Ukraine.

Videogames entered his life in the late '80s, at the time of the first meeting with Super Mario Bros, and even today they make it a permanent part, after almost 30 years. Pros and defects: he manages to finish Super Mario Bros in less than 5 minutes but he has never finished Final Fight with a credit ... he's still trying.
Previous Barcelona, ​​Xavi: ‘Let’s watch Inter all together, then …’
Next The Umbrella Academy 3: a clip from the third season shows the Obsidian Hotel