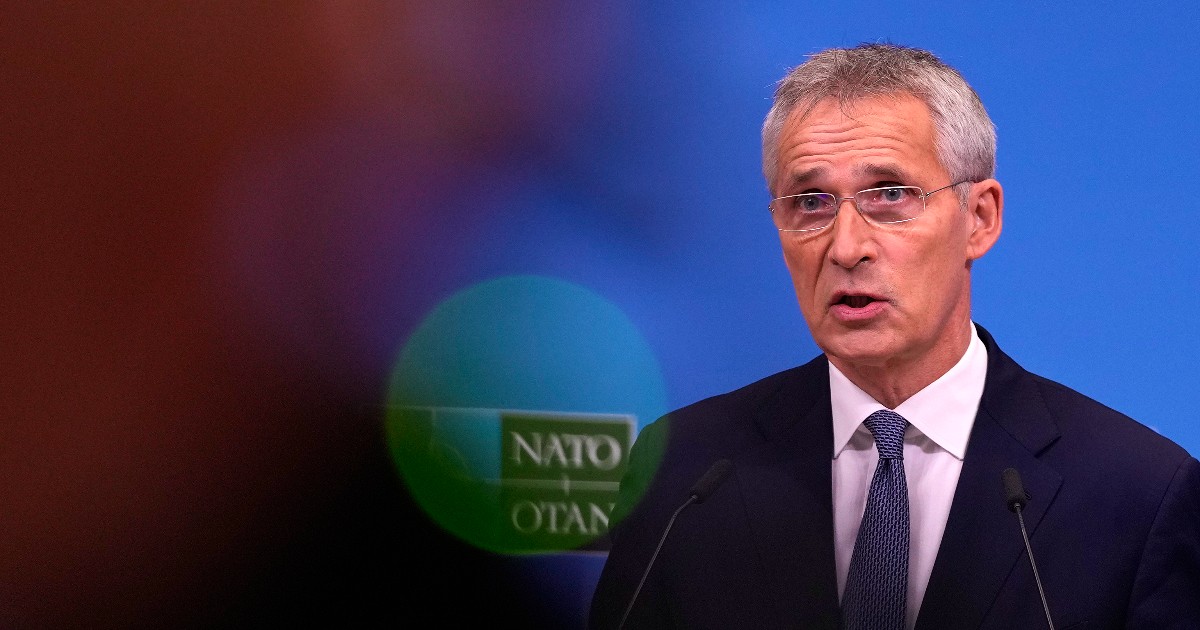 Ukraine, live – Stoltenberg: “Italy and the Allies do more for Kiev”. Kremlin: “The Pope’s involvement in the peace process is positive”

The US sees no evidence that Russia is making preparations to use the nuclear weapon, White House spokeswoman Karine Jean-Pierre said.

Use: “Zelensky decides if and when to negotiate”

“The US continues to provide assistance to Kiev, to give what it needs on the ground, it is up to Zelensky to decide if and when to negotiate”: White House spokeswoman Karine Jean-Pierre reiterated, answering a question about the requests coming from even from some dem circles to negotiate directly with Moscow.

Russia: “We don’t want to use nuclear weapons”

“Russia does not intend and has no plans to use nuclear weapons in Ukraine.” This was stated by the Russian ambassador to the United States Anatoly Antonov to Newsweek. Ria Novosti reports it. “None of the leaders of our country and the military department have ever mentioned the possibility of using weapons of mass destruction,” he reiterated.

Biden: “Using a tactical weapon would be a serious mistake”

If Moscow decides to use a tactical nuclear weapon in Ukraine it would be “an incredibly serious mistake”. American President Joe Biden said this while speaking with reporters on the sidelines of a conference on Covid where he received the vaccine dose updated to the new omicron variants live.

Israel: “We will show evidence of Iranian drones”

Israeli President Isaac Herzog will show American officials evidence of the Russian use of Iranian drones in Ukraine. Among these will be photos of the Shahed 136 drones in a 2021 exercise in Iran, which would be identical to the drones used by the Russians. This was reported by Herzog’s office, quoted by Times of Israel, while the Israeli president left for the United States, where he will also meet his American colleague Joe Biden. The most pressing issue on the agenda, Herzog’s office still notes, will be “the Iranian threat that destabilizes not only the Middle East, but the whole world”.

Ukrainian President Volodymyr Zelensky stressed today that “true peace” with Russia will only be possible after “the liberation of Crimea”. “It all started with Crimea. His release will mean real peace. The Russian potential for aggression will be destroyed at the root when the Ukrainian flag returns to its right place in the towns and villages of Crimea. Crimea must no longer be exploited as a bridgehead for the Russians, ”Zelensky said speaking online at the first parliamentary summit of the Crimean Platform, which took place in Croatia, reports Ukrainska Pravda.

Stoltenberg: “Allies and Italy must do more for Ukraine”

“I appreciate that Italy and the other allies continue to help Ukraine. We cannot let Putin win ”the war, it would be“ a catastrophe for Ukraine and a dangerous message for all of us. I am pleased that Italy maintains its support “, but now” I appeal to allies, including Italy, to be responsible and do more, Ukraine needs even more supplies to repel Putin’s aggression “. This was stated by NATO secretary general, Jens Stoltenberg, in an interview with Tg3.

Videogames entered his life in the late '80s, at the time of the first meeting with Super Mario Bros, and even today they make it a permanent part, after almost 30 years. Pros and defects: he manages to finish Super Mario Bros in less than 5 minutes but he has never finished Final Fight with a credit ... he's still trying.
Previous Chelsea wins in Salzburg and goes to the second round, Sevilla also wins
Next Léa Seydoux will be Lady Margot in Dune 2