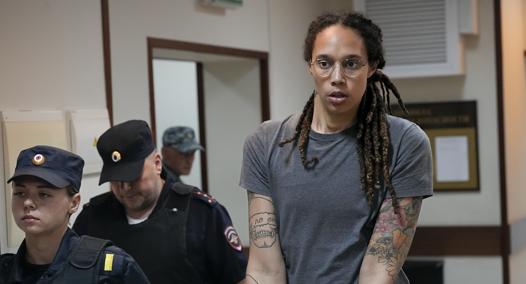 The news of Friday 5 August, live. Ankara: Three new ships with Ukrainian grain have left the ports of Odessa and Chornomorsk. Loud explosions in the morning in Mykolaiv

• The Italian Senate gave the go-ahead for the membership of the NATO of Finland and Sweden, during the night also the approval of the US one. This would be the first enlargement of the Atlantic Pact to new states since the 1990s.
• Zelensky seeks contact with Chinese leader Xi Jinping to end the war.
• The Razoni ship – carrying the first Ukrainian grain cargo – is expected to dock in Tripoli on Saturday 6 August.
• Gazprom stated that the delivery of the turbine for the Nord Stream pipeline was not possible due to the current anti-Russian sanctions.

After five months of occupation, Russia’s intentions regarding the Zaporizhzhia nuclear power plant remain unclear. However, the actions taken at the plant have likely undermined the safety and security of the plant’s normal operations. what British Defense Intelligence says in the latest update on the progress of the war in Ukraine.

Find out more about the UK government’s response: https://t.co/8Uv3JnpVgm

White House National Security spokesman John Kirby said the United States has a serious proposal that Moscow should accept to help release basketball player Brittney Griner, who has been convicted of drug possession in Russia. The reports it Bbc. Kirby didn’t give any other details. Press reports are reporting that Washington may offer Moscow a prisoner exchange. Russian Foreign Minister Sergey Lavrov said Russia is willing to discuss the matter.

08:51 – Moscow will use an Iranian satellite to spy on Ukraine

The Iranian terrestrial remote sensing satellite that the Russian space agency Roscosmos will launch on August 9, as announced Wednesday, will first be used by Moscow to spy on Ukrainian targets. Washington Post (WP), which quotes Western security officials. Roscosmos announced on August 3 that it plans to launch the Qaem Earth satellite into orbit from the Baikonur cosmodrome on behalf of the Islamic Republic of Iran.

The new satellite, dubbed “Khayyam”, will greatly improve Tehran’s ability to spy on military targets in the Middle East, writes the WP. At the same time, according to the US newspaper, Moscow intends to use it to assist in its invasion of Ukraine. The Russian-made satellite has a high-resolution camera that will give Tehran unprecedented capabilities, including near-continuous monitoring of sensitive facilities in Israel and the Persian Gulf. Washington Post. Moscow, however, according to the newspaper, has already told Tehran that it intends to use it for several months or longer to improve the surveillance of military targets in Ukraine.

08:26 – Griner case, Moscow ready to discuss the exchange of prisoners

Moscow ready to discuss with Washington a prisoner exchange involving basketball player Brittney Griner – sentenced yesterday to 9 years in prison for drug trafficking by the court of Khimki, Russia – through a presidential communication channel: the Russian Foreign Minister said today, Sergei Lavrov. We are ready to discuss the matter, but only within the (communication) channel agreed by Presidents Putin and Biden, Lavrov said at a press conference in Cambodia, where the East Asia Summit is underway.

08:11 – Ankara confirms the departure of three new ships with grain

Three other ships with grain left from the ports of Odessa and Chornomorsk, sources from the Turkish Defense Ministry confirm this. They are headed to Great Britain, Ireland and Turkey, after passing through Istanbul for the inspection of the coordination center, as happened for Razoni. The ships are the Navistar, the Rojen and the Polarnet, whose movements are constantly monitored.

Another empty ship, the Fulmar S, flying the flag of the Barbados Islands, was inspected in Istanbul and bound for the port of Chornomorsk in Ukraine where it will be loaded with grain for export.

08:10 am – Strong explosions this morning in Mykolaiv

Loud explosions were heard in the city of Mykolaiv, in southern Ukraine, around 6:58 am this morning (5:58 am in Italy), the mayor, Oleksandr Sienkevych said, according to reports from the Kiev Independent.

06:29 am – Japan ready to supply more reconnaissance drones to Ukraine

Japan said it was ready to supply Ukraine with other reconnaissance drones equipped with video cameras and vans for the transport of personnel and supplies. This was announced by the Japanese Defense Ministry, according to which aid will be sent to Ukraine by mid-August, in response to Kiev’s request. Japan has already sent about 30 commercial drones equipped with video cameras last June and non-lethal military aid in the form of body armor, helmets and gas masks. The Japanese government has specifically modified national guidelines on the transfer of defensive equipment to support Ukraine, but it has not transferred any weapon systems.

04:49 – Three corn ships authorized to leave Ukrainian ports thanks to the work of the JCC

Three ships carrying more than 58,000 tons of corn have been authorized to leave the ports of Ukraine thanks to the intense work of the Joint Coordination Center, Turkish Defense Minister Hulusi Akar said according to the official news agency Anadolu. Two of the ships will depart from Chornomorsk, in the south of the country, and the third from Odessa, such as the Razoni. The JCC oversees Ukrainian grain exports. The three new expeditions are headed to Karasu in Turkey, Ringaskiddy in Ireland and Teesport in the UK. The agreement signed on July 22 between Russia and Ukraine, brokered by Turkey and under the aegis of the United Nations, has allowed the resumption of shipments on the world markets of Ukrainian cereals, to alleviate the world food crisis caused by the soaring food prices in some poorer countries.

Peace in Ukraine will be impossible without talks between Russia and the US. This was stated by Hungarian Prime Minister Viktor Orban at a convention of Republicans in Dallas, where Donald Trump is also expected over the weekend. The strategy of globalist leaders intensifies and prolongs the war and diminishes the chances for peace, the nationalist leader said, stressing that only strong leaders are able to make peace.

Videogames entered his life in the late '80s, at the time of the first meeting with Super Mario Bros, and even today they make it a permanent part, after almost 30 years. Pros and defects: he manages to finish Super Mario Bros in less than 5 minutes but he has never finished Final Fight with a credit ... he's still trying.
Previous Kostic, there is an understanding: Juve’s strategy
Next Justin Bieber cancels several shows at the last minute; know the reason

from Maria Rosa Pavia The funeral parlor open from 11.30 in the Sala della Protomoteca. …