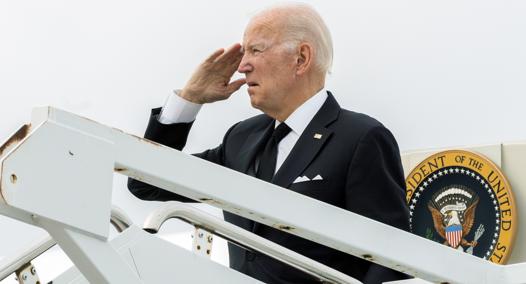 Ukraine, the US administration divided on the continuation of the conflict – Corriere.it

The Pentagon summit believes that no one can achieve a landslide victory, so we need to find alternatives. Biden is not opposed to dialogue but does not want to get the message across that he is dictating the line in Kiev

A reconstruction on the New York Times sheds light on disputes within the US administration, divided between two souls, as evidenced by public statements. On Thursday, surprisingly, the American Chief of Staff Mark Milley, after highlighting the high number of casualties (100,000 dead and wounded in each of the two sides), he stated that an opportunity for negotiation has opened. A sortie that would have angered the White House. Joe Biden immediately reacted by repeating the slogan that it is for Ukraine to decide. The question and answer draws the positions. The Pentagon summit believes that no one can achieve a landslide victory, so we need to find alternatives. The evaluation is also affected by fears of an infinite conflict, with many victims and the high expenditure of resources (weapons, supplies). The president is not opposed to dialoguethere have been confidential contacts with the Russians, for he does not want to get the message across that he is dictating the agenda in Kiev – so he would agree with the Kremlin’s propaganda – and acknowledges the appeal of those who believe it is a mistake to give gifts to the attackers. Especially when things are bad for them, forced to withdraw nearly 30,000 men from the Kherson region.

The newspaper remembers how the recent visit to Ukraine by Jake Sullivan, the national security advisor, has been seen by some as a mission to test the waters. Interpretation denied. The truth lies somewhere in between, well described by expert commentary: they are preparing the negotiating table but have not sat down yet. Probably they will do it later. The strategists also discuss what will happen during the winter: one part foresees slowdowns in operations, another considers that instead the resistance will keep its momentum, thanks also to the support of new NATO material. Some of these analyzes are close to reality, yet they are also the difficulties in seeing beyond the fog of war are evident. Until a few days ago authoritative commentators predicted that the eviction from Kherson would take weeks and instead everything went faster. Interpretation: when the Russians in recent weeks said that they were leaving they did it seriously, while the Ukrainians argued the opposite by explaining that the occupiers were reinforcing the lines. As always, the readings of the facts are variable, they are affected by the propaganda and the objectives to be achieved.

In the midst of the controversy over the negotiation, to reaffirm the concrete support to his friend, the United States has announced an aid package for Ukraine: 400 million dollars needed to provide ammunition for guns and mortars, bullets, anti-aircraft systems, a hundred Humvee off-road vehicles (to ensure greater mobility and protection) and sets of winter uniforms, so indispensable in a tough theater. On the sidelines – for connected – there are the possible contrasts between Americans and South Koreans. The US bought one million 155-millimeter ammunition in Seoul, a load that should end up in the Kiev depots, devices needed for the long-distance duel with the opponent.

The story triggered the formal clarification of South Korea: the contract provides for use only by the Pentagon, we are against sending war equipment to Ukraine. Since the invasion started, armament triangulations have become a constant and the fig leaf to conceal – not too much – shipments from countries that declared neutrality. Important, for the future, the announcement of the European Union: the training of 15,000 Ukrainian soldiers will be completed by March, a contingent that will join the thousands of men trained in Great Britain by a pool of countries. the continuation of the long-term program with which Kiev will be able to restore strength to wards tired from months of war. It is possible that further steps will be decided, in a few days, in a meeting of the donors.

The intelligence, in addition to following the evolution of the campaign, has its own special guards. These include the Russian submarine Belgorod. Released in the Arctic for a possible test of the Poseidon nuclear drone – this is what NATO environments claimed – then returned to its base. According to information passed to the Cnn would have met technical problems that prevented the testing of one of the super weapons often celebrated by Vladimir Putin. There is no independent confirmation of the indiscretion used by Washington to evoke the usual troubles of the rival power.

Videogames entered his life in the late '80s, at the time of the first meeting with Super Mario Bros, and even today they make it a permanent part, after almost 30 years. Pros and defects: he manages to finish Super Mario Bros in less than 5 minutes but he has never finished Final Fight with a credit ... he's still trying.
Previous Towards Italy-Australia, Lamaro: “Confirmation after Samoa? We want to do even better”
Next Dakota Johnson on Don Johnson “My father couldn’t stop me from becoming an actress”