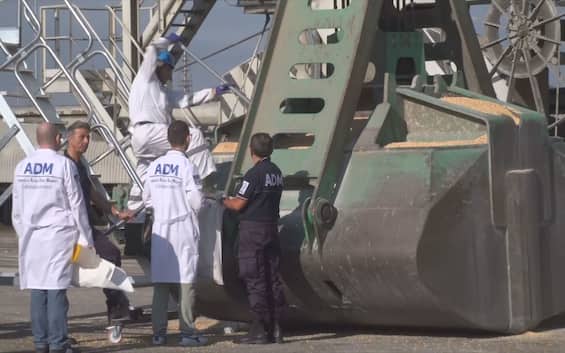 Fighting in the Donetsk region, attacks in Zaporizhzhya

Russia has claimed the conquest, denied by the Ukrainians, of the city of Pisky, in the eastern Donetsk region. For Kiev, on the other hand, “fierce fighting” is still ongoing in the area, while fears for the safety of the Zaporizhzhya nuclear power plant persist. Pisky, a few kilometers from the pro-Russian-controlled city of Donetsk, has been one of the main battlefields for more than a week. For the Russians, the conquest of Pisky, where according to 2019 data only nine people lived, would allow the offensive to continue north towards Avdiivka and the North-West. Moscow and Kiev continue to accuse each other of the attacks on the Zaporizhzhya nuclear power plant, which has become the most dangerous and explosive war trophy of the conflict. According to the pro-Russian local authorities of the region almost entirely controlled by the Russian army, today the forces of Kiev have again attacked the largest nuclear power plant in Europe. The pro-Russians also denounced that due to the Ukrainian attacks they are forced to deactivate one of the turbines of the Kakhovskaya hydroelectric plant, in the southern region of Kherson, on the border with Zaporizhzhya, which could have serious consequences for the operation of the plant. For its part, the Ukrainian manager Energoatom accused the Russians of attacking the plant.

Videogames entered his life in the late '80s, at the time of the first meeting with Super Mario Bros, and even today they make it a permanent part, after almost 30 years. Pros and defects: he manages to finish Super Mario Bros in less than 5 minutes but he has never finished Final Fight with a credit ... he's still trying.
Previous “He hit his head but he is conscious” – Corriere.it
Next Who are the best Disney+ and Star+ parents?