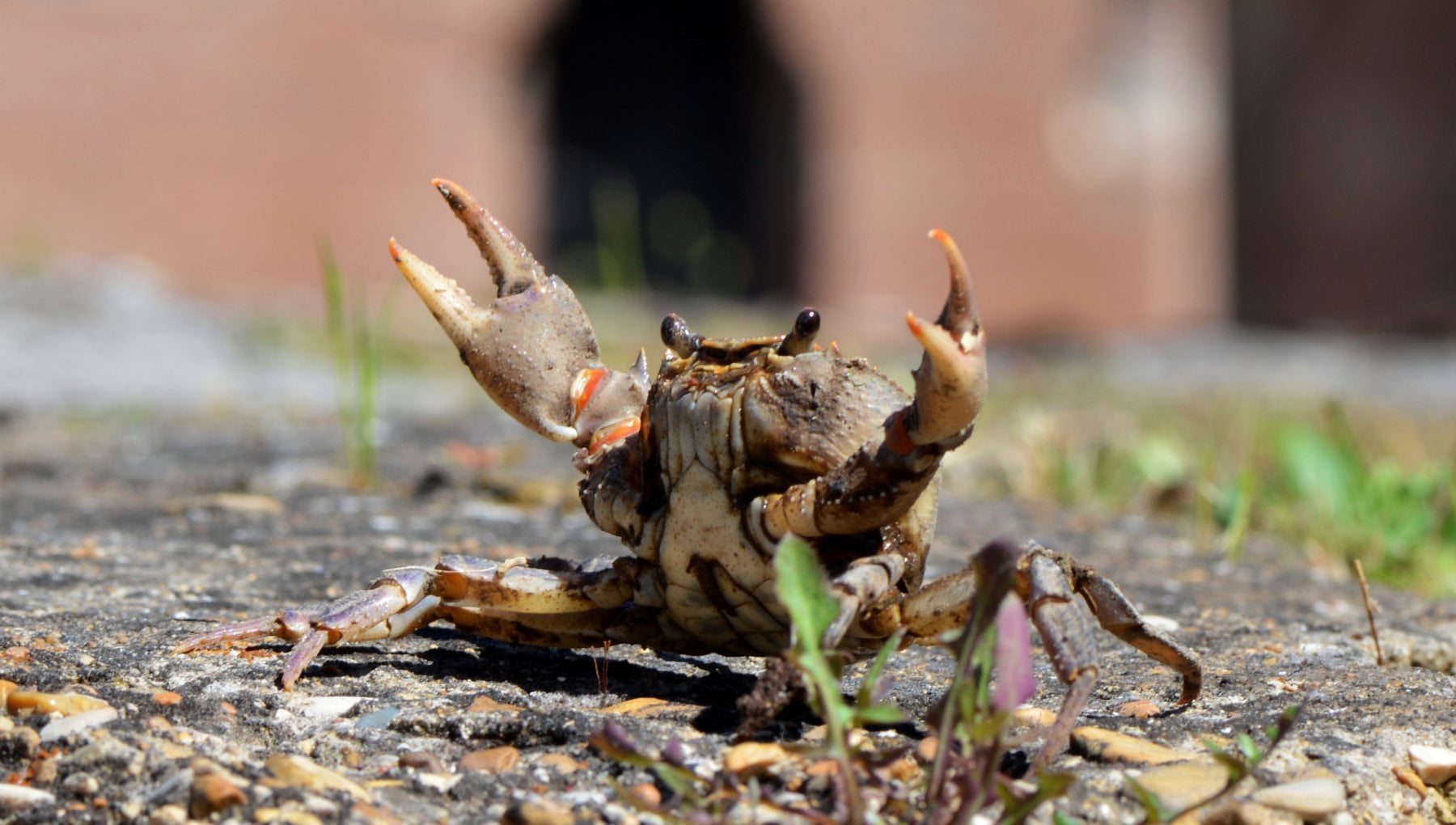 Unexpected animals in Rome, where crabs walk around the Forum

The claws menacingly stretched out towards each other, the crab reacts to the photographer’s lens with the air of someone who wants to chase away an intruder, as if to reaffirm that this is his home. In fact, the crustacean that the zoologist Bruno Cignini immortalized in the archaeological area of ​​the Trajan’s market has lived in this area of ​​Rome since (real) gladiators, matrons with stoles and plebeians with dark tunic passed through there. The image is among the 32 on display from today until September 25 in the Dependence of the Casina delle Civette in Villa Torlonia for the exhibition “Biodiversity in Rome”.

Together with the shots of Cignini, popularizer and professor of Conservation and management of urban fauna at Tor Vergata University, there are also 11 watercolors by illustrator Eva Villa to tell about the animals and ecosystems of the capital. The exhibition, curated by Gina Ingrassia, is promoted by Roma Culture, the Capitoline Superintendence for Cultural Heritage and is created by Pandion ed. & Imagina with the patronage of Lipu / BirdLife Italia.

Foxes, wild boars and parakeets are now almost common sightings, but to think that in the evening in Trajan’s markets some crabs emerge from channels and undergrounds really makes us reflect on the uniqueness of the ecosystem of Rome. “The exhibition wants to tell the richness of biodiversity of the city – explains Cignini – its 22 protected natural areas, historic villas, archaeological areas, rivers and ponds connected in a network with the suburbs by the consular roads mean that the city has a series of ecological corridors through which animals move better than elsewhere. Above all, however, there is its wealth of 45 thousand hectares of greenery on 130 thousand hectares. In practice, Rome’s parks are three times the size of the city of Turin”.

Cignini, who has been studying urban fauna for some time, quantifies this wealth: “Within the area of ​​the Grande Raccordo Anulare, 1300 plant species have been recorded, that is almost 30% of the Italian flora, 5,200 insects and 80 species of nesting species. In addition, as mentioned, these ecological corridors make it even easier for opportunistic animals such as wild boars and foxes to access the city, where they find everything: food, warmth and safety because they have fewer predators “. But the crabs of the time of the Romans? “When I was a manager of the Municipality, at the end of the nineties, they were reported to me by those who worked in the archaeological area. We discovered that it is a relict population, descendant of the river crabs that inhabited the area at the time of ancient Rome “.

“During the day they are not visible, because they come out in the evening from the burrows they dug in the basement and around an underground stream. A study revealed that, like populations that remain isolated, they have developed anatomical characteristics of slight gigantism and they have the largest carapace compared to the populations living outside the city. They usually feed on small snails and insects, but now they do not disdain the food that falls from the hands of tourists “.

After all, the story of the crab is not unlike that of the wolves, which now seems strange to us to see near the capital, but which have always been in Rome. “It is no coincidence that the she-wolf is the symbol of the city – says Cignini – now more are arriving because they follow the wild boars, which are their prey of choice. We have traces of them in the parts of the Veio Park closest to Corso di France, but fear not, wolves keep their distance from humans, stray dogs are much more dangerous “.

The exhibition at Villa Torlonia is not only an opportunity to discover unlikely inhabitants of a large city, it is useful to know the numerous animal species present in the main urban environments, to have information on their distribution, their habits and their role in the within the urban ecosystem, for greater awareness for the protection of biodiversity and, more generally, of the environment. For this reason, advice is provided on the correct behaviors to be followed in the event of an encounter with urban fauna and on the method to attract them with nests and feeders. The exhibition also includes a series of educational activities, including guided tours, observation and birdwatching in the villa, workshops for children and adults created in collaboration with the LIPU Wildlife Recovery Center in Rome, Città del sole and Swarovski Optik Italia.

David Martin is the lead editor for Spark Chronicles. David has been working as a freelance journalist.
Previous Crazy passion and the UEFA Nations League
Next Almanac of 11-06-2022 at 07:30