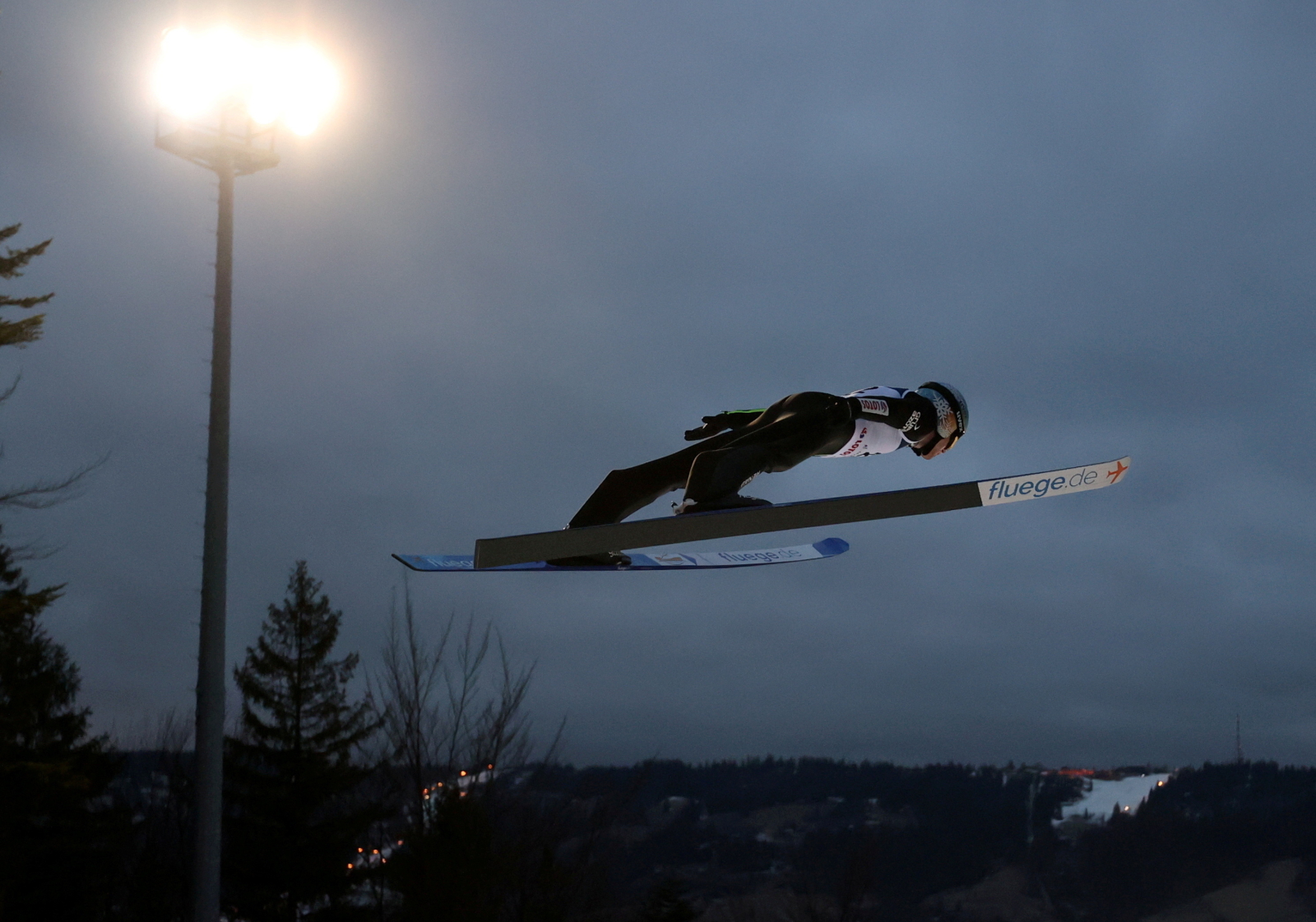 Unexpected candidate to go to the Olympics ?! Pole fired in training

On Friday, during the first training session before the World Cup competition in Zakopane, Stefan Hula was the best Polish representative. In an interview for TVP Sport, the jumper was asked about going to the Olympic Games in Beijing.


PAP / Grzegorz Momot / In the photo: Stefan Hula during training in Zakopane

– Stefan Hula at the Beijing2022 Olympics! It suits me – this is how the TVP Sport journalist, Filip Czyszanowski, started an interview with a player of the KS Eve-nement Zakopane club. – Would suit me too! Hula replied.

The 35-year-old presented himself very well during the 1st training before qualifying for the individual competition under the World Cup in ski jumping in Zakopane. However, the strong wind torpedoed the training (also Friday’s qualification), in which only 47 (out of 70) jumpers gave their attempts.

The oldest competitor in the Polish team achieved 131 meters on Wielka Krokiew and it was the best distance in the Polish team. Hula in the defeated field left, among others Jakub Wolny or Paweł Wąska, who are also counting on a trip to Beijing. Piotr Żyła was the only one of the Biało-Czerwonych who did not make any jump on Friday.

– You have to do your job and jump well. Sure, I think about the Olympic Games. Everyone is on the mind. It is everyone’s dream to compete at the games. To represent my country, fight for the best possible places – emphasized Hula.

The ZIO 2018 bronze medalist in the team realizes that the season has not been successful for him so far. – It’s a little better now. At the training camp in Planica, my jumps were already at a good level. Today, after that one jump, I can say it’s okay. It will have to be confirmed in the competition – summed up for TVP Sport.

Stefan Hula is the black horse of the weekend in Zakopane And hopefully it will be the same in the following days #tvpsport #skokoholicy #skijumpingfamily pic.twitter.com/GMgCBYwszM

Look:
The jumps in Zakopane were torpedoed by the wind. What’s the weather like on Saturday and Sunday?
We know the new competition program in Zakopane

David Martin is the lead editor for Spark Chronicles. David has been working as a freelance journalist.
Previous PIT-0. There is a new tax relief for large families (4+)
Next Migrants in Belarus. New information from secret services. Lukashenka changes tactics