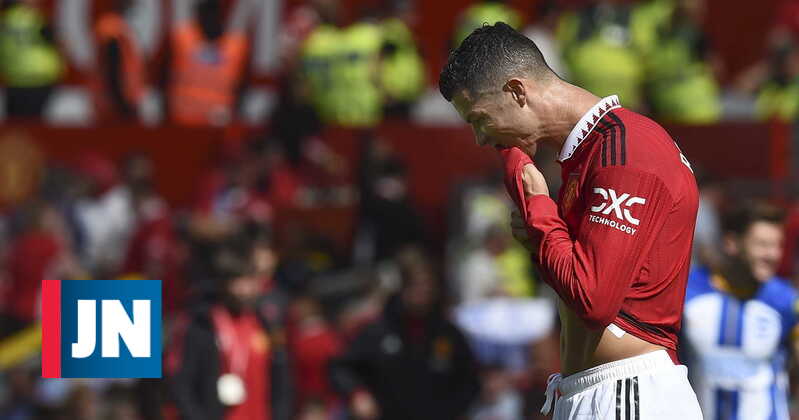 Liverpool will be willing to sign Alvalade and Cristiano Ronaldo is again to be talked about. In Spain, fans are furious with Gonçalo Guedes.

Sporting: According to “Liverpool FC News”, the “reds” are willing to pay the release clause (60 million euros) of Matheus Nunes. However, the decision to advance for the Portuguese international will only be taken in the next few days.

Braga: António Salvador assured that nothing has yet been defined regarding Ricardo Horta. In statements to the Spanish newspaper “Diario Sur”, the leader of the arsenalists assured that he has not yet received a definitive proposal from Benfica. “There is nothing closed,” he said.

Maritime: The winger António Zarzana is a reinforcement of the insular club, on loan from Sevilla. The 20-year-old athlete trained at the Andalusian club, having played mostly in the last two seasons in secondary education, where he played 30 official matches and scored two goals. For the team that competes in the Spanish League, he has already jumped off the bench in the final minutes on two occasions, both for the Copa del Rey, in December 2020 against Ciudad de Lucena, and last January against Betis de Seville.

Manchester United: The name of Cristiano Ronaldo returns to talk this Wednesday. According to the newspaper “The Sun”, some players of the “red devils” are already fed up with the posture of the Portuguese international, who will be putting pressure on the English club’s departure. “He has his allies on the pitch, but many are fed up with the way he is handling things,” a source told the publication.

Still in the Manchester United universe, Chicharito, currently playing in the MLS, did not rule out a return to the club where he was between 2010 and 2015. “If Manchester United were to sign me, I would say ‘yes, I’ll play for free’, but I also want to respect my club. I’m playing well and I’m convinced I want to win a championship with the LA Galaxy”, he said.

Barcelona: Frenkie De Jong is getting closer and closer to being a Chelsea player. According to the newspaper “Sport”, the Catalan club and the “blues” have already reached an agreement and Barcelona will receive 80 million euros.

Valence: Gonçalo Guedes left the Spanish club to sign for Wolverhampton and some supporters of the Spanish club were irritated by the farewell message that the Portuguese left on social media for having used… few words. “Thank you for these five years Valencia”, wrote the player, who received responses such as “Don’t get tired of writing so much” or “A little more respect and say goodbye better”.

Juventus: Memphis Depay will, by all indications, line up for the Turin team. According to “Tuttosport”, the forward already has an agreement with Juventus and will sign a contract valid for the next two seasons, with a salary of six million euros per season.

Marseille: Alexis Sánchez, who has represented Barcelona, ​​Arsenal, Manchester United and Inter Milan, has officially signed for one season. The Chilean, who ended his contract with Inter Milan, arrived on Tuesday night at Marseille-Provence airport, where he was awaited by several hundred fans, who waited for several hours in a lively atmosphere. The “boy prodigy”, now 33, arrived in Europe in 2008, for Udinese, but it was at Barcelona, ​​between 2011 and 2014, that he shone, with 47 goals, and then at Arsenal, from 2014 to 2017, in a passage crowned with 80 goals.

Videogames entered his life in the late '80s, at the time of the first meeting with Super Mario Bros, and even today they make it a permanent part, after almost 30 years. Pros and defects: he manages to finish Super Mario Bros in less than 5 minutes but he has never finished Final Fight with a credit ... he's still trying.
Previous Elections, direct – Read: “Meloni tries to powder himself, but it’s difficult to change his image”. Her: “Misogynist, no lessons from those who join forces with nostalgic USSR”
Next The TV series The Morning Show