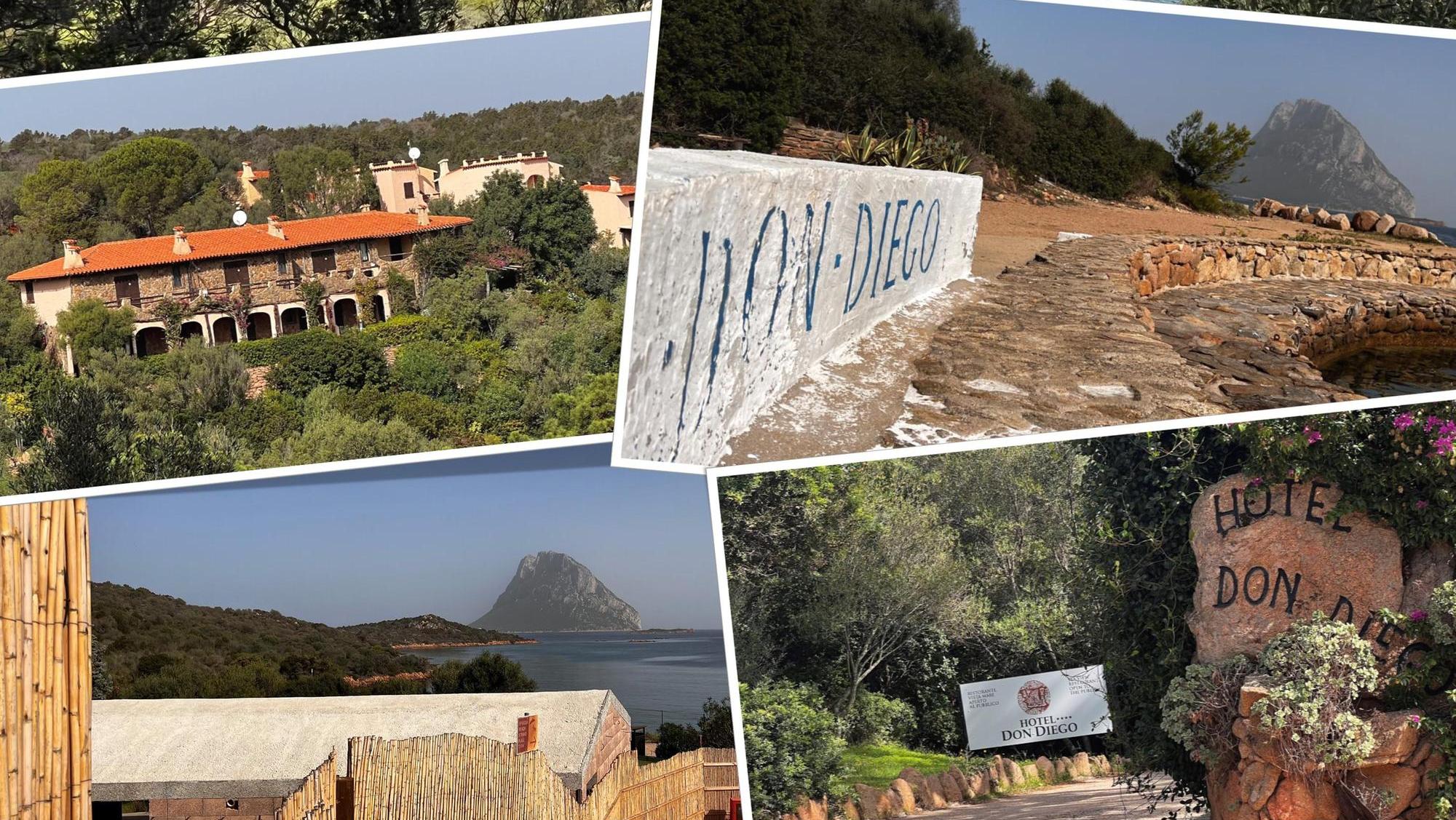 US blitz on Putin’s man on the Costa Dorada

Only the waves resound on the red-desert beach of Punta Don Diego. The shadow of his Majesty, that island of Tavolara as majestic as ever, stands out as an exclusive horizon on this promontory of the Costa Dorata, a private enclave of Loiri Porto San Paolo. North Sardinia, south east of the Costa Smeralda, secluded and reserved, outside the jet set of Porto Cervo, but no less acclaimed. Thirty-two degrees hit in the face, as if summer never ends here. Yet, in this cobbled street that runs along Cala Finanza, not even a vigilante passes by. Desert, as if the Big Bang had stopped everything abruptly. When you arrive at the threshold of the “four-star” bar, hidden from humans who come from the mainland, you realize that that paradise nestled between mastic and pittosporum, swimming pools and tennis courts, has long ceased to dispense suites and rooms with sea view. No need to book, no one answers you here.

Commitments with the USA

Closed for unexpected, urgent and mandatory commitments with American justice. The Don Diego Hotel has miraculously closed the season a few weeks ago, despite the climatic summer raging as if we were still the middle of August. His future, however, that of this corner of Sardinia, is now inside the prison of Busto Arsizio, deep in Lombardy, from the sea view of the Costa Dorada to the armored cells of northern Italy.

Not a no parking

What we are about to tell you is not a story of holidays that ended badly, but if anything a real international case, complete with American and Russian secret services that in wartime contend for the father who owns this exclusive resort in the land of Sardinia. When the man was stopped at Malpensa airport on 19 October, his passport had expired. The general information, however, made the difference: Artem Uss, born in 1982, born in Moscow, domicile without a house number in via Gabriele D’Annunzio in San Teodoro, the soul at sea of ​​the Nuorese. The arrest warrant was not a parking ban. It was signed by none other than the head of the Court of Justice of the United States of America, district of New York.

FBI in the field

The FBI in person, the Federal Bureau of Investigation, which is the most famous intelligence and security service in the world, that of the United States, the main American federal police agency, was following his moves. They followed him far and wide, not only because in front of that hotel on the Costa Dorada, inside the Island of Tavolara, there is one of the most active NATO bases in terms of military coordination in the Mediterranean, but above all because the young Uss was anything but a modest hotel owner in the Russian oligarchic enclave on the island of Sardinia. That anonymous young man, son of the president of the Russian Krasnoyarsk Region, according to the FBI, was the head of a real criminal organization capable of stealing from the United States of America the most sophisticated war equipment to use, as it seems established, in the war against Ukraine. It was not intercepted by the three American antennas, more than two hundred meters high, for very long range and very low frequency terrestrial communications positioned on the summit of Tavolara, but an intelligence system located in half the world that followed and intercepted transfers, payments, messages and trafficking in highly sophisticated military devices passed from America to Russia. Everything has passed through the x-rays of the FBI, starting from that river of money coming out of control for which the American judges ordered the arrest in Italy of the scion of the Uss house.

Not just any one, but a powerful, double-headed, through his father, controversial governor of the Krasnoyarsk territory, directly to Vladimir Putin. What is being triangulated between Sardinia, Russia and the United States is one of those international cases that can degenerate into an unprecedented short circuit, recalling the management of the Sigonella case, when Bettino Craxi, Prime Minister denied the then White House number one, Ronald Reagan, arrested the Achille Lauro terrorists. It is no coincidence that in these hours it was the spokesman of the Tsar of the Kremlin, Dmitry Peskov, who took a stand on the arrest of the son of the Siberian governor. The attack was frontal to Italy accused of having acted in the name and on behalf of the United States. Putin’s words, through his right arm, were very harsh: “The Kremlin condemns the arrest in Italy of the entrepreneur Uss”. The case is therefore likely to explode shortly thereafter. On the one hand, the Americans are asking the new Italian government to proceed without wasting time on the extradition of Uss to the United States and on the other, Moscow threatens reactions “defined as diplomatic missions” to avoid the flight to Brooklyn of Artem Uss. The excellent inmate has already announced that he is refusing extradition to the US.

A crossroads as heavy as a boulder is opening up for Italy: any choice, both in terms of law and politics, risks triggering the accident, with the United States or with Russia. At stake, however, there are no trivial accusations. The document which has ended up in our hands and which we publish is a direct disposition of the number one of the American Court of Justice, district of New York. Forty-nine pages of very heavy accusations, circumscribed with a lot of very confidential and triangulated transfers, including that whirlwind of money attributable to the thousand deals in the land of the West and Sardinia, made in the last eight years, including the purchase of the hotel of Don Diego on the Costa Dorada. A controversial sale on which a transfer made through one of the most powerful American investment banks would have been intercepted. The reconstruction of the eastern district of the Big Apple is an indictment with no escape: evasion of global sanctions, gigantic money laundering, smuggling of millions of barrels of oil, laundering of tens of millions of dollars for the Russian oligarchs. The most serious accusation, not that the others are not, is, however, that relating to the export of American military technology to Russia. An aspect that has seen all American intelligence in the field including the Director of the Task Force KleptoCapture, a paramilitary structure that pursues any violation of American sanctions.

The New York device is a flurry of accusations without appeal: “The defendants were criminal agents for the oligarchs, orchestrating a complex scheme to illegally obtain US military technology and Venezuela-sanctioned oil through a myriad of transactions involving shell companies and cryptocurrency. . Their efforts have undermined security, economic stability and the rule of law around the world “- the US Chief Prosecutor put it on paper. A parallel war declared in no uncertain terms:” We will continue to investigate, stop and prosecute those who fuel Russia’s brutal war in Ukraine, evade sanctions and perpetuate the dark economy of transnational money laundering. “The number two of the FBI, when talking about the men led by the patron of the Costa Dorada, is explicit:” We have dismantled a sophisticated network of at least five Russian citizens and two Venezuelan citizens, each of whom is directly linked to corrupt state-owned enterprises, which have consciously sought to hide the theft of US military technology and profit from the black oil markets.

According to American investigators, the young Uss was not a simple hotel owner in Sardinia, but rather the pivot of a real organization. Investigators write: “This network envisaged the procurement of sophisticated technology to directly support a troubled military industrial complex in the Russian Federation.” On the Costa Dorada the bars remained closed. There is no trace of Don Diego srl, the company, led by two Russian women, owner of the resort of the same name. The Luxury Sardinia holding, at the head of the Sardinian system of Uss, seems to be sleeping. On the border with the hotel overlooking Tavolara, a few meters from the sea, as if nothing had happened, in the meantime, an immense building complex is being built attached to the beach. As if in the Russian oligarchic state of Don Diego, on the Costa Dorada, there were no legal limits. The arrest mechanism of the Americans, however, is guaranteed: they risk thirty years in prison but “the charges in the act of justice are accusations and the defendants are presumed innocent unless and until proven otherwise”. For now, bars are also closed in Busto Arsizio. From there, however, the patron of Punta Don Diego will not be able to see the Island of Tavolara at his height. The United States awaits it.

Videogames entered his life in the late '80s, at the time of the first meeting with Super Mario Bros, and even today they make it a permanent part, after almost 30 years. Pros and defects: he manages to finish Super Mario Bros in less than 5 minutes but he has never finished Final Fight with a credit ... he's still trying.
Previous “My body changes, and my breasts amazed me”
Next Jennifer Lawrence: after the Oscar she lost control