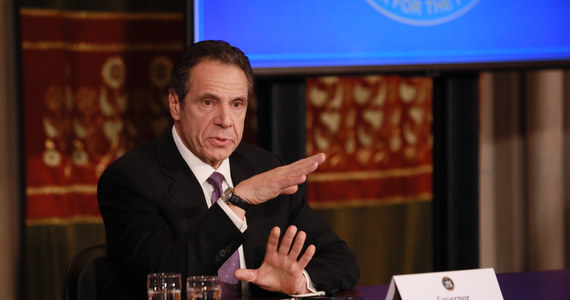 The New York State Assembly announced on Monday the results of an investigation that contained “overwhelming evidence” of sexual harassment of women by former state governor Andrew Cuomo. According to the American public radio NPR, a report by the lower house of the state parliament of New York also blames Cuomo for using his subordinates to help prepare his book on COVID-19 during working hours.

The study also found that the governor’s team “significantly revised” the statistics on the virus death toll, excluding the deaths of nursing home inmates in hospitals. This was supposed to present Cuomo’s role in the fight against the pandemic in a better light.

In March, the State Assembly’s judiciary commission hired the Manhattan law firm Davis Polk & Wardwell to investigate whether there were grounds for Cuomo’s impeachment.

A scandal in New York. Andrew Cuomo will step down

“The Democrat resigned in August to avoid a possible impeachment trial following another investigation that found he had sexually harassed at least 11 women. The trial was led by two independent attorneys selected by the Democrat, Attorney General Letitia James,” the NPR recalls.

James later declared that she would run for governor in next year’s elections.

Cuomo did not testify at Davis Polk & Wardwell. He only provided the law firm with written submissions. He denied that his intention was ever to touch anyone inappropriately. He also said that he never wanted to put anyone in an awkward position with sexual remarks.

The NPR recalls that Cuomo has vehemently denied some allegations, including one by an Executive Assistant, of obscene behavior allegedly committed at the governor’s official residence, the Executive Mansion. He demanded that the investigators hand over all the evidence against him. Members of the judiciary commission declined, saying he had no right to see these documents.

“Faced with the impeachment trial, the former governor chose to resign without questioning the available evidence and not seeking to confront witnesses,” the report said. “By waiving this option, he is not entitled to see any further evidence,” the document said.

As the national radio station adds, Cuomo made frequent statements committing himself to cooperate with the investigators. According to state assembly investigators, he produced only a handful of documents within nearly six months.

Videogames entered his life in the late '80s, at the time of the first meeting with Super Mario Bros, and even today they make it a permanent part, after almost 30 years. Pros and defects: he manages to finish Super Mario Bros in less than 5 minutes but he has never finished Final Fight with a credit ... he's still trying.
Previous Żużel: President of the European Union, Leszno Piotr Rusiecki, talks about Marcin Majewski and his partiality
Next PlusLiga: PGE Skra Bełchatów – Asseco Resovia. Live coverage and result