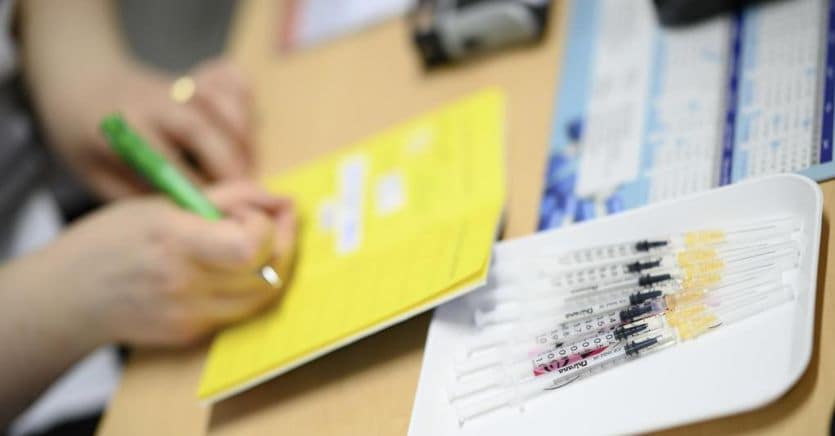 Vaccines for over 50s, 600 thousand reports from the Ministry of Health of those who do not comply with the obligation

In Italy they are still there 1.248 million of people over 50 who have not received any dose of the anti-Covid vaccine (government report updated on 4 March) and who, therefore, have not complied with the immunization obligation. Two months after the introduction of the measure and after the publication in the Official Journal of the Dpcm on 4 March, the Ministry of Health sent the first 600 thousand reports of non-compliant persons to the Revenue Agency. Among these, not only those who are still at zero doses but also all those who have not respected the schedule between the doses of the vaccine. For those who, after the checks, are found to have no reason for exemption from the vaccination obligation, a one-off fine will be issued. 100 euros.

The procedure for arriving at the sanction

At the moment, however, it is only the first phase of the verification process that will lead to the eventual fine. The Revenue-Collection Agency (Ader), in fact, on the basis of the lists sent by the Ministry of Health, will make the communications to initiate the sanctioning procedure. People who receive the letter from the Agency will be able to send the documentation to demonstrate – if they are entitled – the exemption from the vaccination obligation to their local health company. It is then up to the ASL to report these subjects to the Agency. The list of defaulters, “cleared” of the names of the exempted, is sent back to the Ministry of Health for the control activity, final approval and signature. “Only later will Ader be able to print the relevant documents and send them to the defaulting parties” explained sources of the Agency.

Vaccinations by category, comparison by region

Cost: for over 50 hypotheses only a swab to go to work

The vaccination obligation for those over 50 will remain in force until June 15, therefore well beyond the end of the state of emergency (March 31). Furthermore, for this age group, access to the workplace is allowed only with the enhanced green certification. But something could change. “The assessment we are doing – said the Undersecretary of Health Andrea Costa – is to verify the opportunity, while maintaining the vaccination obligation until June 15, to anticipate the possibility for over 50s to go to work with the green pass base (instead of the strengthened one), i.e. doing the quick swab every two days. A hypothesis that could give the possibility of returning to work for those who have not been vaccinated and also to ease the tension ».

Videogames entered his life in the late '80s, at the time of the first meeting with Super Mario Bros, and even today they make it a permanent part, after almost 30 years. Pros and defects: he manages to finish Super Mario Bros in less than 5 minutes but he has never finished Final Fight with a credit ... he's still trying.
Previous If Western sanctions were really harsh, the war would already be over
Next Alone 11 years ago a thousand kilometers and from Ukraine reaches the Slovak border