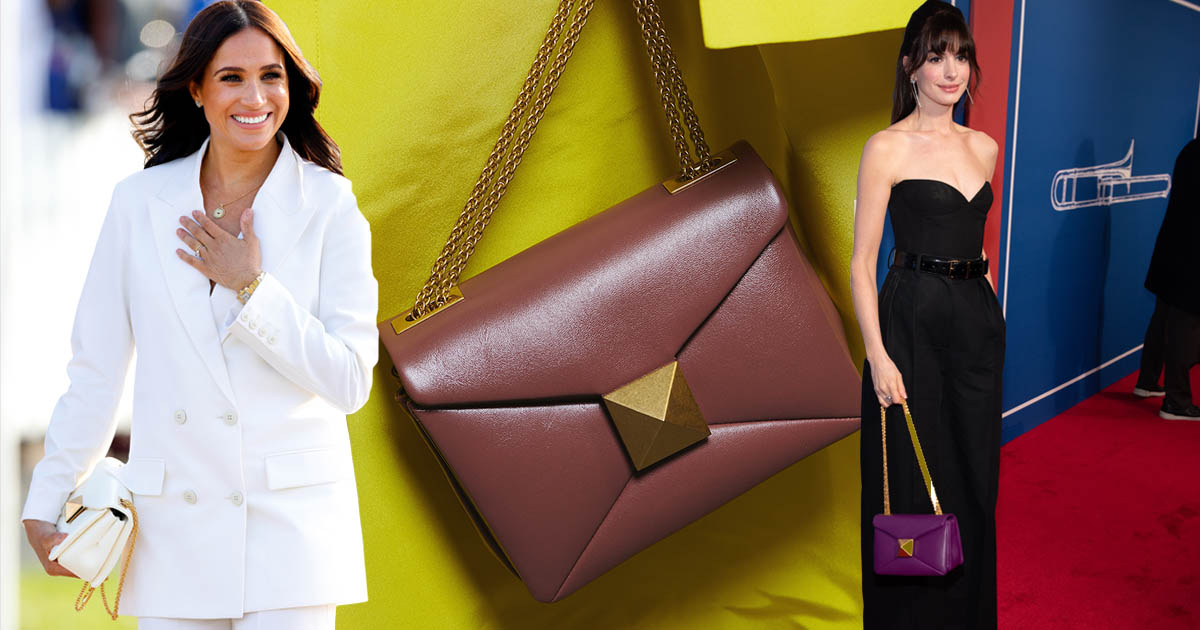 D.when she first appeared on the catwalk last October 2021 in Paris on the occasion of the fashion show Rendez Vous Spring-Summer 2022, the shoulder bag One Stud from Valentino Garavani immediately caught the attention of stars and fashionistas. The reason is simple: on the one hand, a basic silhouette, on the other, some details that denote a strong personality.

Starting from maxi central stud: the One Studevolution of the Valentino Garavani family Roman Stud, the 4 × 4 stud with magnetic closure that stands out on the center of the bag. A sophisticated detail whose atelier design is complex, so much so that it becomes part of a micro documentary that narrates the artisan savoir-faire of the protagonists of the latest Valentino collection, Mastery Tales: chapter 7 is entirely dedicated to the One Stud bag.

They are needed 25 hours of manpower qualified by 10 different craftsmen to create an It Bag like this one, and only for the stud you need 9. The petit poi chain shoulder strap, another distinctive detail, requires 16. The craftsmanship of the bag goes hand in hand with a simple and solid constructionwith reverse stitching that hides the seams, in soft nappa leather. 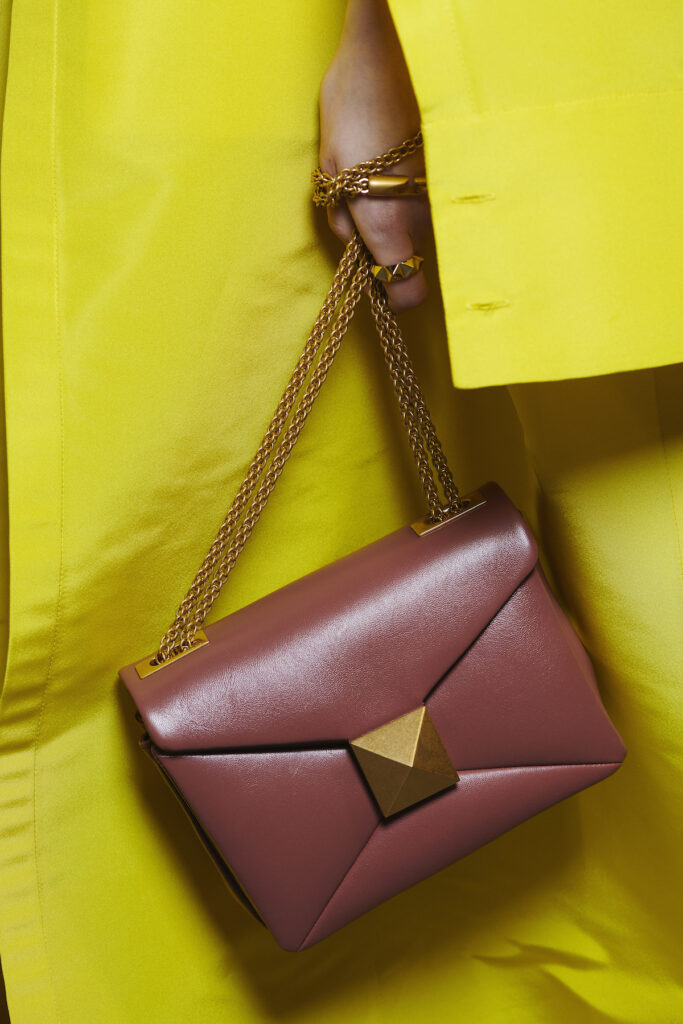 The One Stud with chain in the backstage of the Valentino Rendez Vous SS22 fashion show (Photo: Valentino).

Protagonist of a dedicated campaign shot by photographer Michael Bailey-Gates and worn by Zendaya in the shots of the Spring-Summer 2022 adv, the One Stud with chain immediately established itself as a genderless accessory: in the fashion show Rendez Vous in fact it appears on the arm of women and men. 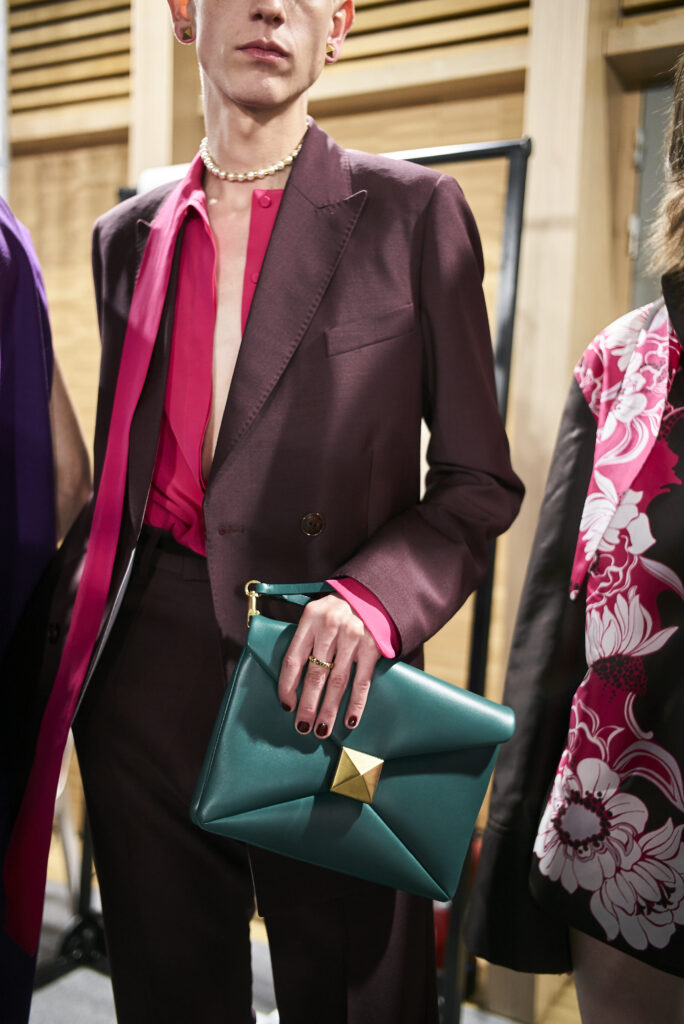 The One Stud in a male version in the backstage of the Valentino Rendez Vous SS22 fashion show (Photo: Valentino).

Moreover, it is already the favorite of several star and trendsetter. Starting from Anne Hathaway And Meghan Marklechampions of elegance: the first wore a plum-colored version for the opening night of The Music Man on Broadway, the second was spotted with the white arm bag on the occasion of the Invictus Games in Holland, in The Hague. The mini version, the favorite of Charli XCX. But also the influencers of the moment – Elsa Hosk, Leonie Hanne, Dixie D’Amelio – have already shown it on several Instagram Reels and on TikTok. 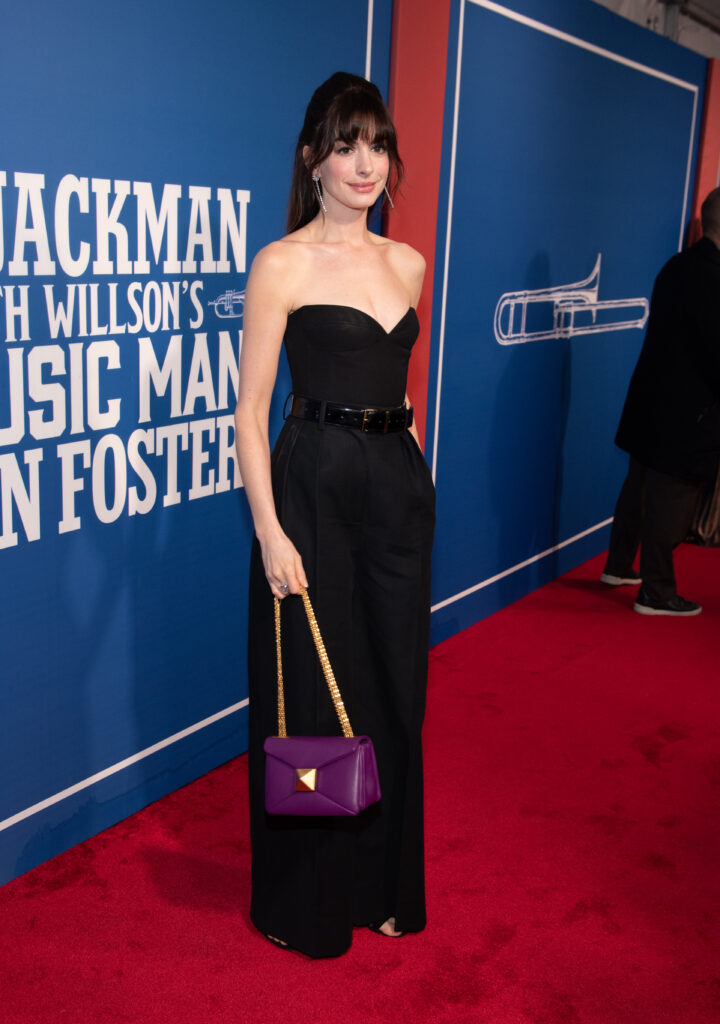 How to match it

Online lessons on how to wear it. The versatility is contained, as well as in the medium size, in the chain that allows it to be worn on the shoulder, over the shoulder, crossbody. But also, like the Duchess of Sussex, by hand as a sought-after clutch. With which outfits to match it? One Stud has already earned the red carpet event in conjunction with elegant one-piece suits And tuxedo suits that underline the gender fluid imprint, but lends itself to casual daytime looks: a white t-shirt, a trench coat, straight jeans. 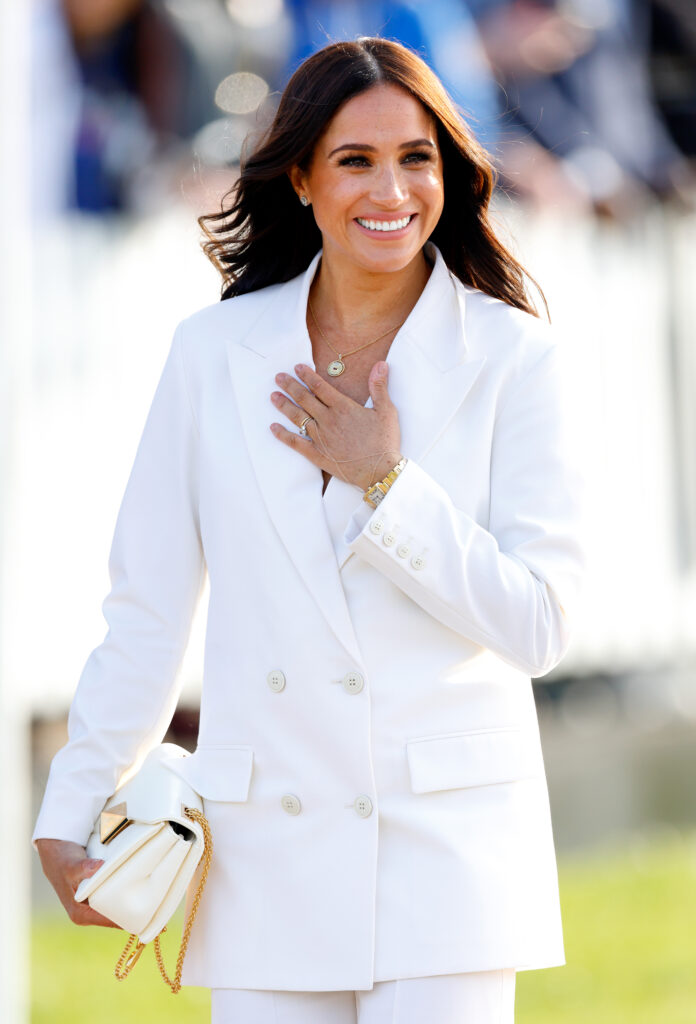 It Girls opt for contrasting or ton sur ton outfits – on the other hand, the rainbow range in which it is proposed allows you to play with nuances. The advice: focus on your favorite color and wear it every day: there is no color scheme that holds, just an accessory with an unmistakable style.

David Martin is the lead editor for Spark Chronicles. David has been working as a freelance journalist.
Previous Shakira confirms her new album is ready
Next Kylie Jenner shares unique photo of her second pregnancy 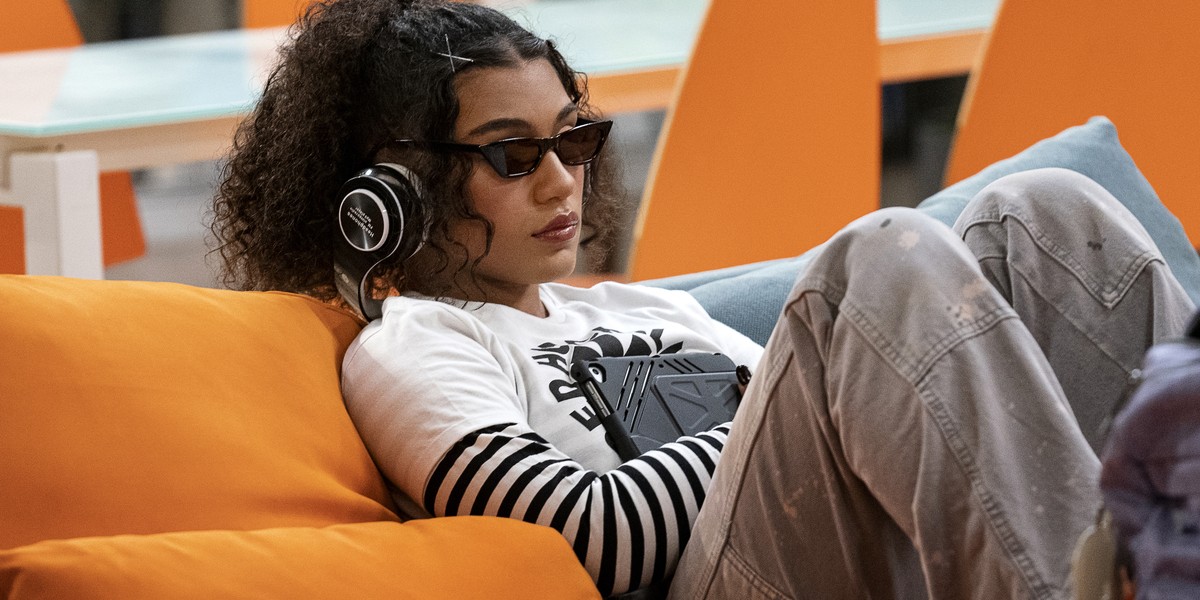 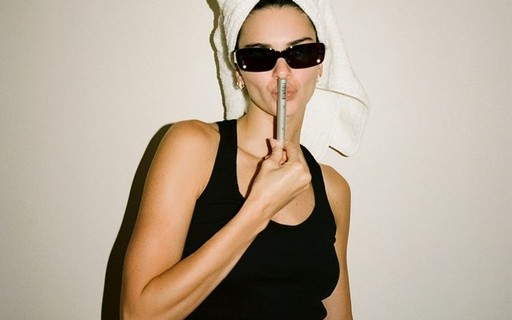 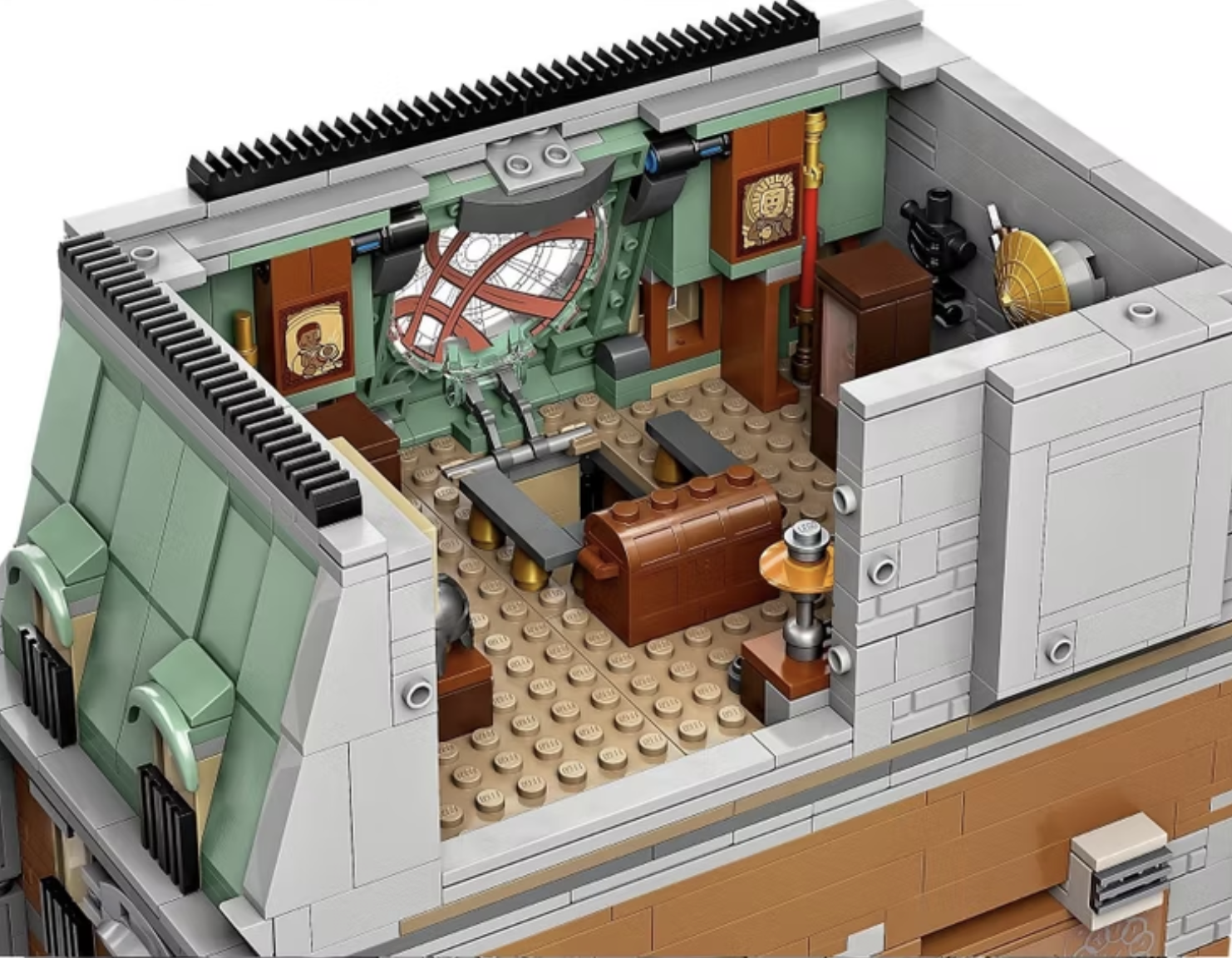 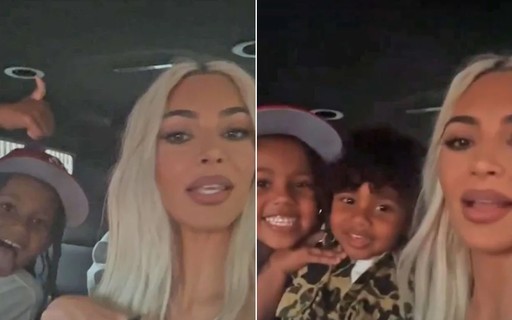 + Kim Kardashian scolded her children for being rude during a live on Instagram (Photo: …