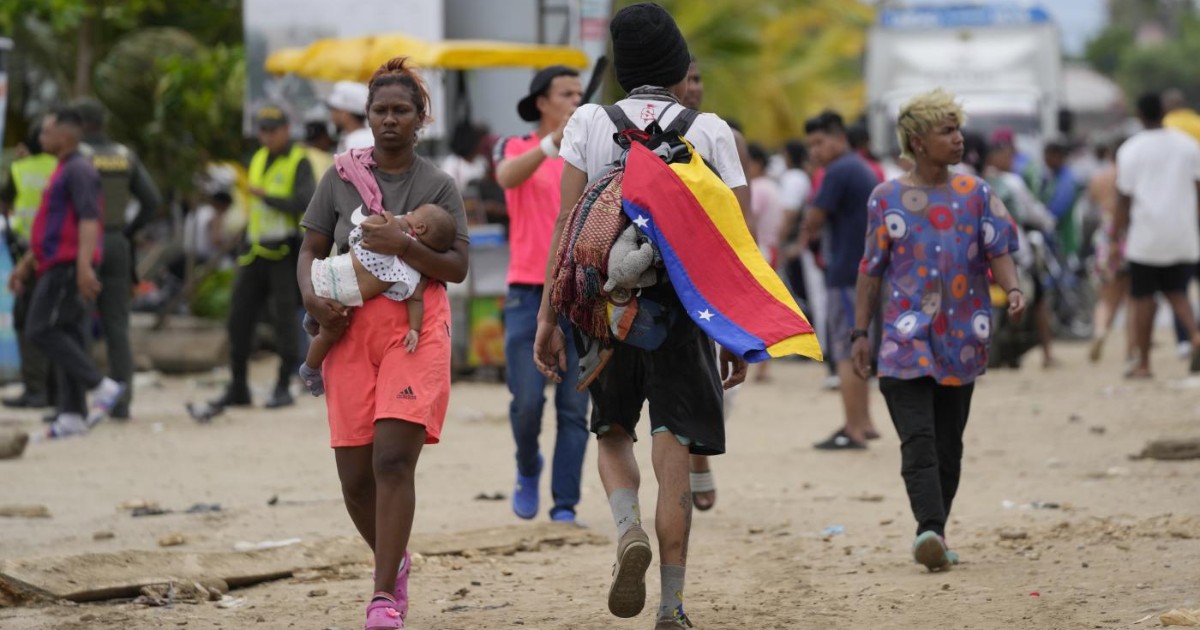 The economic crisis of the Venezuela it knows no respite and continues to damage the socio-demographic fabric of the country. According to the latest data provided by United Nations the number of refugees and displaced persons forced to leave the country, ending up in 80 percent of cases in other countries of theLatin America and gods Caribbean, has now reached 7 million. The living conditions experienced in the countries that welcomed them are not good best. Half of the migrants cannot afford three meals a day, has no access to decent housing solutions and must resort to forms of prostitution and of begging in order to survive. The wages received, when they manage to find work, are very low and children experience difficulties in integrating into local school systems, reducing themselves to abandoning their studies.

The humanitarian crisis, as recalled by theInternational Rescue Committee, was caused by the economic collapse that began in 2014 and worsened in subsequent years. The country’s health system has stopped working as hyperinflation, coupled with a shortage of basic necessities such as waterfood and gas, caused riots and riots. The pandemic has aggravated the overall picture and prevented one from occurring economic growth necessary to remedy the situation.

Non-governmental organizations are essential because i basic social services have collapsed. Laura Mendozaa volunteer interviewed by Foreign Policy, he recalled “that many people are able to move forward only thanks to non-governmental organizations”. THE Venezuelans they face many difficulties, including constant ones black out and reductions in water inflow, which significantly impact the poorest areas. Non-governmental organizations, as clarified by nutritionist Susanna Raffali, “mitigate the collapse of public services, offer social protection and generate information”. “This is not an emergency comparable to an earthquake” explains Rafali “because it progresses slowly and causes exhaustion because it is not clear when this crisis will end”.

The Venezuelawhich until recently had one of the most prosperous economies in theLatin America thanks to the world’s largest reserves of Petroleum, it collapsed due to a series of factors and among these there is “the excessive dependence on oil”. To explain it is Jo-Marie Burtprofessor of political science at George Mason University’s Schar School of Policy and Government interviewed by the portal Historyaccording to which “the decrease in prices of rawthe massive social spending undertaken by governments Chavez And Maduro, the American sanctions and poor management of the economy, combined with corruption, contributed to the collapse ”. The crisis of the Venezuela got worse because of the American sanctions against the oil industry, mining and the Central Bankwhich cannot access the currency required for international transactions.

According to Freedom Housewhich monitors respect for civil and political rights in the world with an annual report, the Venezuela it is among the most repressed nations in the world. The 2021 elections were boycotted by the opposition because they were deemed not free. The United Socialist Party of Venezuelaof which the president is a member Nicolas Madurogot 91 percent of the seats while Maduro was re-elected in 2018 following sham consultations. The electoral system is subject to pro-government political manipulations, the freedom of the press is severely compromised as well as that of organizing demonstrations, non-governmental organizations and labor unions are muted. Social media is monitored by the government and anyone who expresses opinions contrary to the executive can be persecuted.

There China and the Russia have established a solid alliance over the years Venezuela based on close cooperation in the energy, industrial, health, financial, commercial and above all military fields. It is a partnership born immediately after the rise of Hugo Chavez to the presidency in 2000 and developed to date. There Russiaas reported by Americas Dialoguesold to Venezuela military equipment, such as fighter jets, helicopters, tanks worth more than $ 11 billion in the last twenty years and stationed two bombers capable of carrying nuclear weapons on site. There China sold fewer guns to the Venezuela of the Russiafor a total value of 650 million dollars, but was involved in forming the military leadership and the country’s special teams with advanced training courses. Beijing has extended the infrastructural projects of the new silk routes to the Latin American subcontinent and the Venezuela he has expressed, on several occasions, his intention to become a part of it. There China and the Russia they are particularly interested in defending Maduro because they are interested in the rich reserves of raw materials, such as gas, of Venezuela and the possibility of obtaining the right to research and exploit new potential fields. There is also a clear geopolitical motivation: to prevent the South American continent from falling heavily under the influence of United States.

Videogames entered his life in the late '80s, at the time of the first meeting with Super Mario Bros, and even today they make it a permanent part, after almost 30 years. Pros and defects: he manages to finish Super Mario Bros in less than 5 minutes but he has never finished Final Fight with a credit ... he's still trying.
Previous Nba results: Thompson sent off, the Suns win
Next trailer plot and cast of Brian Baugh’s film