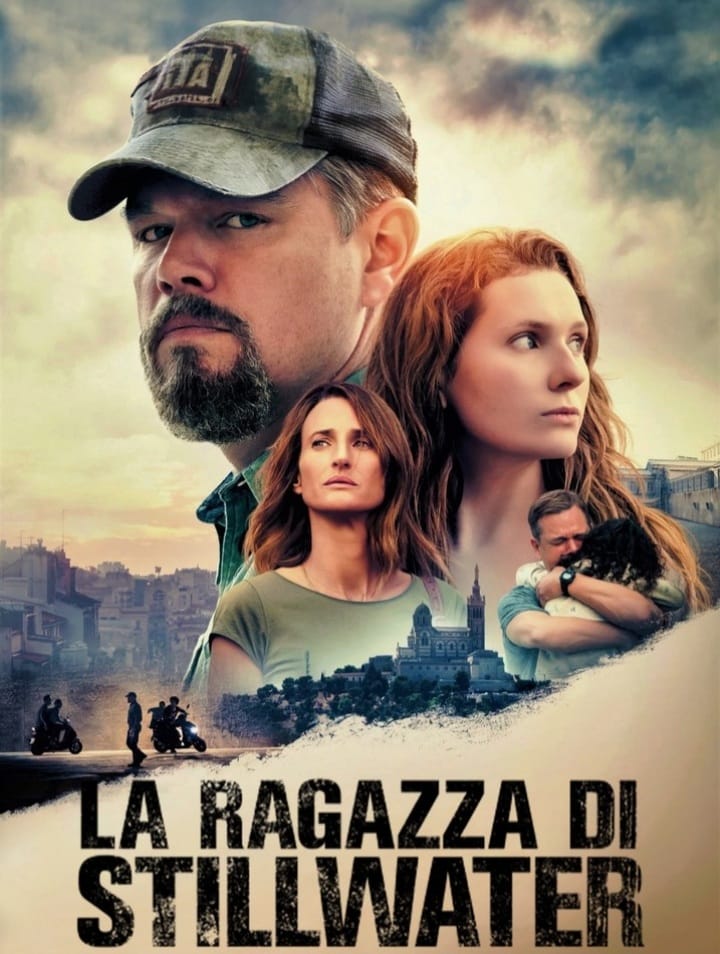 I chose to see this film for two reasons: a seductive trailer and the director’s skill.

McCarthy who is also an actor and screenwriter has made numerous independent films over the course of his career, for which he has received international acclaim.

But the film that stuck in my head is “The Spotlight Case” (2015) which received two Oscars in 2016: for best original screenplay and for best film. “Spotlight” (this is the original title) tells the terrible events that emerged after the investigation of the newspaper “The Boston Globe” on Archbishop Bernard Francis Law, accused of having covered many cases of pedophilia that took place in parishes. The newspaper won the “Pulitzer Prize for public service” in 2003 and, thanks to the intense work of the editorial staff, numerous investigations into cases of pedophilia within the Catholic Church were opened.

The way he observes the facts and tells them is what makes his direction unique. McCarthy brings the protagonists of “Stillwater” to life by casting Matt Damon as his father Bill Baker; Abigail Breslin, Allison Baker, is the daughter who is in prison in Marseille; finally the French actress Camille Cottin, Virginie, her friend who helps her with the translations and who will become something more than her…

But what’s the story? For those who have lived in Italy for the last fifteen years, the reference to the murder of Meredith Kercher and, therefore, to Amanda Knox is almost immediate: a young American student who lives abroad for study purposes (in the case of Amanda the city reference is Perugia, here Marseille; in fact the film is shot between the largest – and dangerous – city in southern France and Oklahoma) and which is accused of murder.

Of course the stories are very different, but they have similarities of clear intuition: the years spent in prison by Amanda and the protagonist of the film; the nationality of both; the words of the US authorities on several occasions, notably at the end of the film.

Allison Baker, in Marseille for study reasons, was then arrested on suspicion of killing her roommate and girlfriend. His father Bill, a momentarily unemployed driller, during a visit to her daughter, receives a letter from her to be delivered to the lawyer Leparq. In a few lines, she Allison once again points out that she is innocent and explains that the real killer could be a boy named Akim. Leparq, however, does not want to resume the investigation arguing that no one would reopen the case based only on assumptions. And this is where his father comes in: Bill is more determined than ever to find Akim, and to do so he avails himself of the help (he doesn’t speak French) of Virginie, a theater actress whom he meets in the tree; he stays in Marseille, works, sets aside money to then be able to pay a private detective (a former policeman) and the DNA tests relating to Akim. He grows fond of Maya, Virginie’s 7-year-old daughter, and falls in love with her woman. His only goal, however, is to prove her daughter’s innocence; to do so he is willing to take considerable risks and unconsciously destroy “what good” France was giving him.

I’ll tell you no further: the film runs smoothly; filming is intense. Doubts and anguish increase as you get to the end. At the 74th edition of the Cannes Film Festival, after the screening, there was a five-minute standing ovation.

There is a lot to say about the young Abigail Breslin since she started acting when she was only three years old. But I want to remember the engagement she had in 2006, perhaps her most important: she is Olive Hoover in the comedy “Little Miss Sunshine”, a role that earned her her first Oscar nomination for Best Supporting Actress at just 10 years old. . She thus becomes one of the youngest actresses to compete for the award.

Of Matt Demon I only remember that together with his lifelong friend Ben Affleck (they were neighbors and schoolmates) he wrote the screenplay for “Will Hunting – Rebel genius” which in 1998 received the Golden Globe and Oscar just like “Best Original Screenplay”.

Even the French Camille Cottin has a pretty good curriculum: she divides herself between theater, cinema, television and an active commitment to promote gender equality in film and television.

David Martin is the lead editor for Spark Chronicles. David has been working as a freelance journalist.
Previous The great streaming movies where the mask terrifies …
Next Disney +, the news in streaming in July 2022