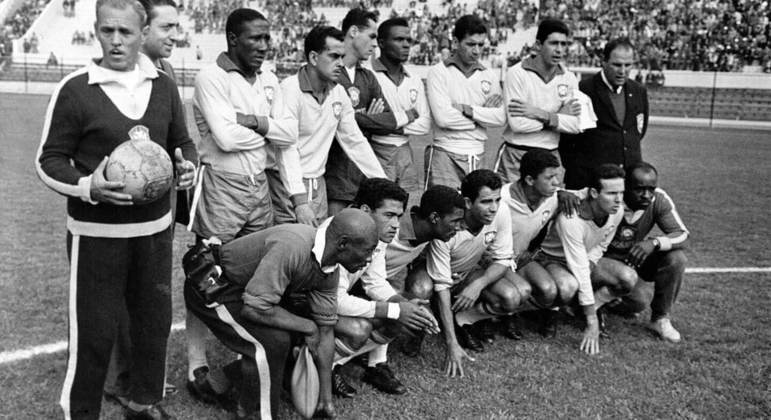 Veterans? In a World Cup age is not always a document… – Prisma

By their official ages, those of their passports, they already consider themselves only reasonably or even very veterans the five most significant football players on the planet today. Leo Messi, spearhead of Argentina, the champions of the Copa América, is over 34 years old. Karim Benzema, forward for France, holders of the FIFA Cup, surpassed the same mark. Luka Modric, Croatia midfielder, runner-up in Russia/2018, hit the limit of 36. Cristiano Ronaldo, Portugal’s CR7, at the Qatar World Cup, between November 21 and December 18, will be two months away from completing the his 38. And Robert Lewandowski, the nicknamed Lewy of Poland, FIFA’s “The Best” awards in the recent 2020/2021 season, will be almost 34.

In contemporary ludopedia, in which all the primacy of physical and psychological preparation begins to be defined during adolescence and sometimes even before, still in childhood, age does not always seem to function as a document, or as a marker of the athlete’s quality. In a Cup even less. It is, after all, a tournament of compact duration. For which each player obviously carries out a specific training. And in which concerns about the preservation of mental/muscular health are permanent and unshakable. Even the delegations that go to a World Cup without any chance of success have a brigade of doctors, bodybuilders, physiotherapists and nutritionists.

Of course, special attention is required for teams with more veterans than would be comfortable. The case of Germany, which has at least five among its eventual holders: archer Neuer (36), becão Hummels (33), midfielder Gundogan (31) and midfielders Kroos (32) and Marco Reus (33). Poland boasts two crucial stars in the 34, in addition to the super scorer Lewandowski: the alley Glik and the midfielder Grosicki. In England there are two over 32: center Walker and winger and captain Henderson. In Spain, three: defenders Jordi Alba and Azpilicueta, the wild card Busquets. Worse, in Uruguay, there are five over 35: defenders Godin and Martin Cáceres, midfielder Suárez, forwards Stuani and Cavani.

The CR7 years might not pose a problem for Portugal if the squad of the “Cinco Quinas” still didn’t depend on point guard João Moutinho, 35, and central Pepe, 39. Messi’s age might not have compromised if he didn’t play well alongside of Di Maria, another with 34. In France, Benzema needs the effective assists of Griezman, 31. Adenor Bachi, Tite, Brazil’s coach, immune to an immensity of criticism, continues firmly confident in the 39 of Dani Alves and the 37 of Thiago Silva, although there is no point in calling Neymar Jr. a boy, who will turn 31 on February 5th.

In Brazil’s group in the Qatar Cup, by the way, there are also many so-called trintões. Cameroon should take at least three to the World Cup: defender Ngadeu-Ngadjui, 31, winger Tawamba, 32 and tank Choupo-Moting, 33. For Serbia, there will be central Mitrovic, 32 and two-handers, Darko Lazovic, 31 and Dusan Tadic, 33. And for Switzerland, supporter Fabian Frei, 33, and scorers Seferovic, 30, and Gavranovic, 32. He comes from Brazil, in any case, a precious example that age does not always become an obstacle.

In assembling its selection for the Copa de Chile, in 1962, the then called CBD, Brazilian Sports Confederation, faced serious dilemmas. Weeks before the competition, coach Vicente Feola, winner with the Sweden/1958 team, had a heart disorder that forced him to hospital. Responsible for the selection, the anthological Dr. Paulo Machado de Carvalho resorted to the services of Aymoré Moreira. And the team was based almost entirely on the one that had been champion four years earlier. Archer Gylmar was 32 years old. The full-backs Djalma and Nílton Santos, 33 and 37. The two central ones, Mauro and Zózimo, 32 and 30. In midfield, Zito, Didi and Zagallo, almost 30, 34 and 31. The highest average age in the history of Cup. And the selection “Canarinho” without the still boy Pelé, 21, who was injured in the second game, and with a certain Mané Garrincha, about to turn 29.

PS: Ah, seven scribblers will be 78 before they work on covering their 12th Cup…

Liked? Click on one of the icons at the top to “Share”, or “Twitter”, or leave your opinion about this text of mine on my “FaceBook”. If you leave the house, be cautious and be supportive, wear a mask, please. And keep my virtual hug! Thank you very much!

Videogames entered his life in the late '80s, at the time of the first meeting with Super Mario Bros, and even today they make it a permanent part, after almost 30 years. Pros and defects: he manages to finish Super Mario Bros in less than 5 minutes but he has never finished Final Fight with a credit ... he's still trying.
Previous Ronaldinho is rooting for Messi’s happiness, except for a World Cup title
Next Rock in Rio wins city hall in court for not paying taxes