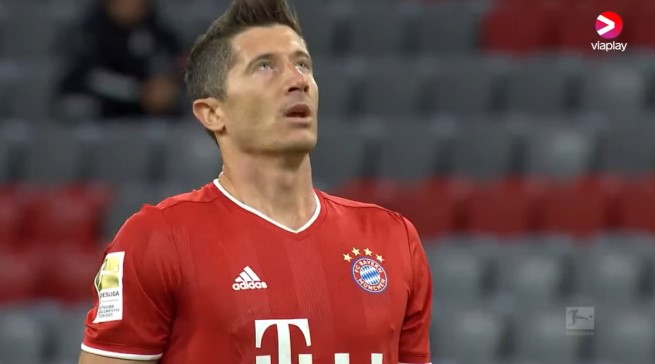 Viaplay debuted in Poland on August 3. Its offer includes, among others Bundesliga and Europa League games, Scandinavian series, productions known from other platforms, such as “The Handmaid’s Tale”, the new Polish edition of “Fort Boyard” and older films. New subscribers were to be encouraged not only by the advertising campaign, but also by the opportunity to get acquainted with the offer free of charge for a month.

In the past, other streaming platforms have promoted in a similar way. For a month, you could test, among others Netflix or Canal + online. Such promotional campaigns, however, did not last long because they are risky. The user can set up a new e-mail account every month and register payment cards of other family members in order to use the services of a given platform for free all the time. So Viaplay followed in the footsteps of its competitors and gave up a one-month trial period.

“The scale of interest in the platform exceeded our expectations”

How does Viaplay officially explain the withdrawal from the promotional period? – The promotion where new users had the opportunity to test Viaplay for 30 days for free has just ended. The platform appeared on the Polish market in August this year. We then prepared a welcome promotion. The offer was aimed at enabling the residents of the new market to become acquainted with the unique Viaplay offer. It was a very good step, thanks to which the list of our subscribers and brand awareness in Poland grew very quickly. We are on track to meet our year-end target of at least 500,000 subscribers worldwide. The scale of interest in the streaming platform belonging to the NENT Group in Poland exceeded our expectations – informs the portal Wirtualnemedia.pl, the Viaplay press office.

NENT Group reminds that it continues to invest in its programming offer. – Viewers already know that Viaplay has a very good offer, which is constantly expanding – both in the context of sports and the growing number of Viaplay Originals productions with a star cast, as well as world-class films and series, or world-leading reality shows. Ending the promotion that allows new users to take advantage of the 30-day trial period is a standard step that had to be followed. It is in line with the business line of the entire Group. In the near future, we will have more premieres and an even better sports offer. At the same time, we emphasize that anyone who is in the process of using the free trial period can still enjoy it – ensures the Viaplay press office.

We recently informed that the KSW Federation ends its 17-year cooperation with Telewizja Polsat, its galas will no longer be broadcast in the pay per view model, but available in the subscription offer of the Viaplay platform, also in nine countries outside Poland. This is a significant extension of the KSW range. The events will be available to all users who pay PLN 34 per month for Viaplay. From next year, Viaplay also takes over the rights to the Premier League, which has been broadcast on Canal + for nearly 20 years. We recently informed that the Scandinavian platform has reached an agreement with MGM, thanks to which it will be able to produce, among others, 6 English-language series.

The Scandinavian NENT Group announced that in the third quarter of this year. the Viaplay streaming platform has gained 286 thousand outside of Scandinavia. subscribers, the vast majority of which are in Poland.

Thanks to cooperation with partners (UPC Polska, Vectra, Play), NENT expects a significant increase in the number of subscribers, as they constitute 25 percent. the share of the Polish pay TV market and 30 percent. the same market of the Baltic countries. At the end of September, Viaplay gained a total of 313,000 subscribers in our country, Lithuania, Latvia and Estonia. Dataxis forecasts show that the streaming service may gain 6 million subscribers outside the Nordic region before 2025.

The variety offered by video games never ceases to amaze him. He loves OutRun's drifting as well as the contemplative walks of Dear Esther. Immersing himself in other worlds is an incomparable feeling for him: he understood it by playing for the first time in Shenmue.
Previous Huawei is making jokes on Twitter about the ban on the sale of its devices in the US
Next Hamilton has great concerns. “I live in constant fear. I hold my breath in front of people”