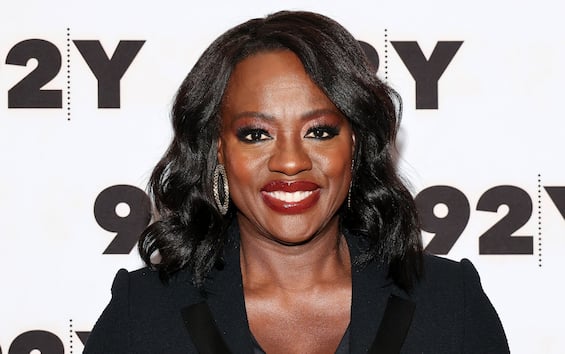 The actress and producer, who has always been in the field for minority rights, will receive the award dedicated to the personalities who have worked for women in the field of cinema on 22 May

Between previews and gala evenings, the Cannes Film Festival 2022 will dedicate a special space to Women In Motion Award, the award established since 2015 by the Kering group for personalities who have distinguished themselves in affirming the role of women in the field of cinema. This year the coveted prize will be awarded to Viola Davis, fifty-six years old American actress and producer whose name is associated not only with great film titles but also with the battle that has always been carried out in favor of the rights of minorities and, indeed, of women. Viola Davis will be honored during a official dinner the next may 22 by the highest representatives of the French event and by the top management of Kering including the president and CEO François-Henri Pinault.

The Women In Motion Awardawarded to Cannes since 2015

Viola Davis: a life and a film as a protagonist

A new award, among those already very prestigious acquired in the course of her brilliant career, awaits Viola Davis and this too celebrates the achievements of the actress for her struggle for the rights of the less protected by the present society. The African American actress was nominated for the Women In Motion Awardaward awarded by Kering since it became an official partner of the Cannes Film Festival and which over the years has awarded women who have offered their contribution to the battle against violence and inequalities in the name of gender equality in film, photography, literature and the arts in general.
Viola Davis follows the large group of winners of the special Award that last year was awarded to Salma Hayek, actress, producer and wife of Pinault. The latter, Pierre Lescure and Thierry Frémaux, respectively President and Executive Director of the Cannes Film Festival, will welcome Davis on stage for the awards ceremony which will be an opportunity for a debate on the presence and value of women in the film industry, themes on great strides have been made but for which there is still a lot to do.

All the prizes won by Viola Davis

Viola Davis is one of the most authoritative international actresses of the present era to whom many titles have been attributed, including that of personality among the hundred most influential in the world from Time Magazine in 2012. Long is the list of awards in the field of acting where he obtained the so-called triple crown which materializes in the victory of an Oscar (in 2017 as a supporting actress of the film Barriers), an Emmy (in 2015 for the drama series The rules of the perfect crime) and a Tony Award (the latter won twice, in 2001 for King Hadley II and in 2010 for Fences). To these, we must add a Bafta and a Golden Globe (in 2017 always for Barriers) and six Screen Actors Guild Awards, among which those for The Help (2012) and But Rainey’s Black Bottom (2021), all come in the course of a career that has given Davis the satisfactions she did not receive during a difficult childhood and adolescence, spent to fight for the civil rights of African Americans and beyond.

Cannes Film Festival 2021: all the winners from Titane to Leos Carax

From the film by Julia Ducornau, awarded with the Palme d’Or, to the director of Annette, here is who the most prestigious awards of this edition of the Festival went to