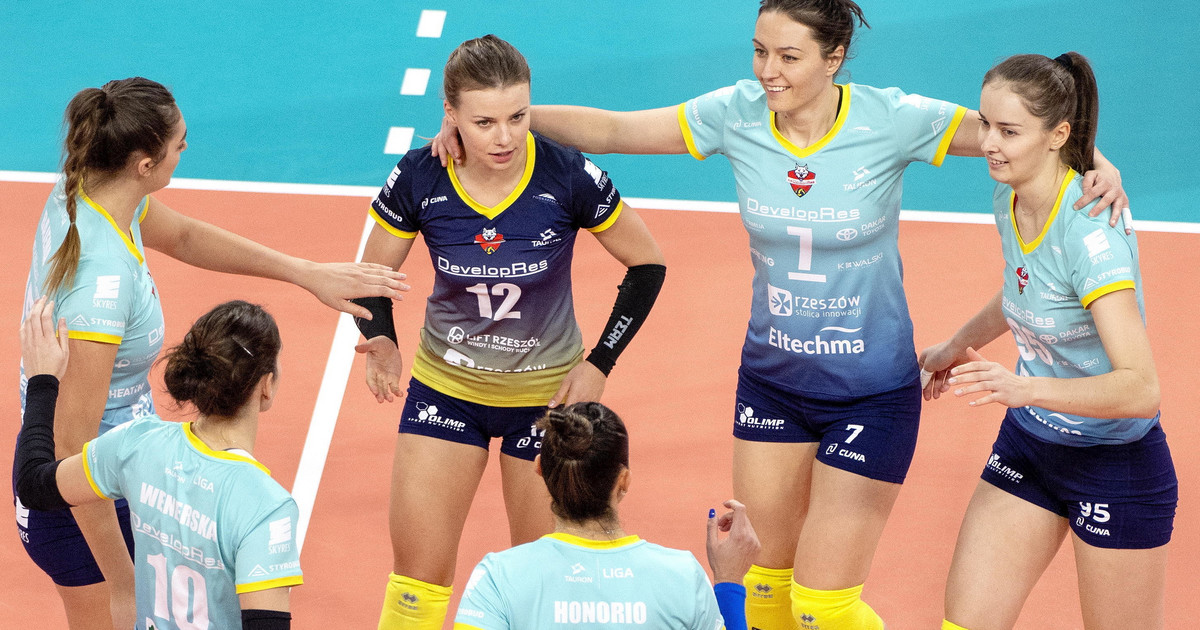 The inaugural party was equal only at the beginning. At 6: 4, Developres scored 15 points in a row! The rivals became completely powerless. They made mistake after mistake (10 in this set), did not end their attacks and had a lot of trouble receiving. After such a knockout, it seemed that the Polish vice-champion would follow the blow, but the rivals played much better.

On the other hand, in the team from Rzeszów, the attack was the most damaged, although the reception (52% was much better than in the case of the rivals). Kara Bajema ended up one in nine attacks, Bruna Honorio four out of 12, and Jelena Blaagojević none. Linda Bock presented herself well in the team from Dresden, who started the season in the Bundesliga in the position of … libero. The German women also impressed with their block play (5 points). The changes made by coach Stephane Antiga were useless, his team was unable to stop the rivals. In the third set, Katarzyna Wenerska appeared in the game from the beginning, who recently was slightly spared due to health problems.

This significantly improved the quality of the attack (this time receiving 23%, the players from Rzeszów were much worse than their rivals). For a long time, however, the inhabitants of Rzeszów did not manage to jump back to a safe distance. It was only in the middle of the set that the team from Antiga’s coach began to build their advantage very quickly. Kara Bajema and Jelena Blagojević were impressive on the wings.

It was difficult for the team from Dresden to think about a favorable result, since they ended in the attack with only 5 actions out of 32. The German champions did not intend to give up, however, and to the delight of the nine-person group of their fans, they started game number four with a 5-1 lead. Developres, however, quickly compensated for the losses and achieved a four-point advantage.

The rivals did not give up. At 15:11, they recorded a six-point series and returned to the game. After Anna Stencel’s automatic attack, the visitors were winning 20:17, and in a moment 23:18. Developre set off in pursuit, but it was not possible to compensate for the losses.

The German team started the tie-break with enthusiasm 4: 1. Developres, however, quickly eliminated the losses, in which rivals gave a helping hand, attacking after the cars. When changing sides, the locals were leading 8: 7, and soon after a series of mistakes by their rivals 11: 7. The rivals were unable to make up for such a loss.

David Martin is the lead editor for Spark Chronicles. David has been working as a freelance journalist.
Previous Polish Order. Tax changes from 2022 – act published in the Journal of Laws of the Republic of Poland
Next France. Protests after the bear attack on the hunter. Farmers fear the attack. “He took his thigh off” | World news