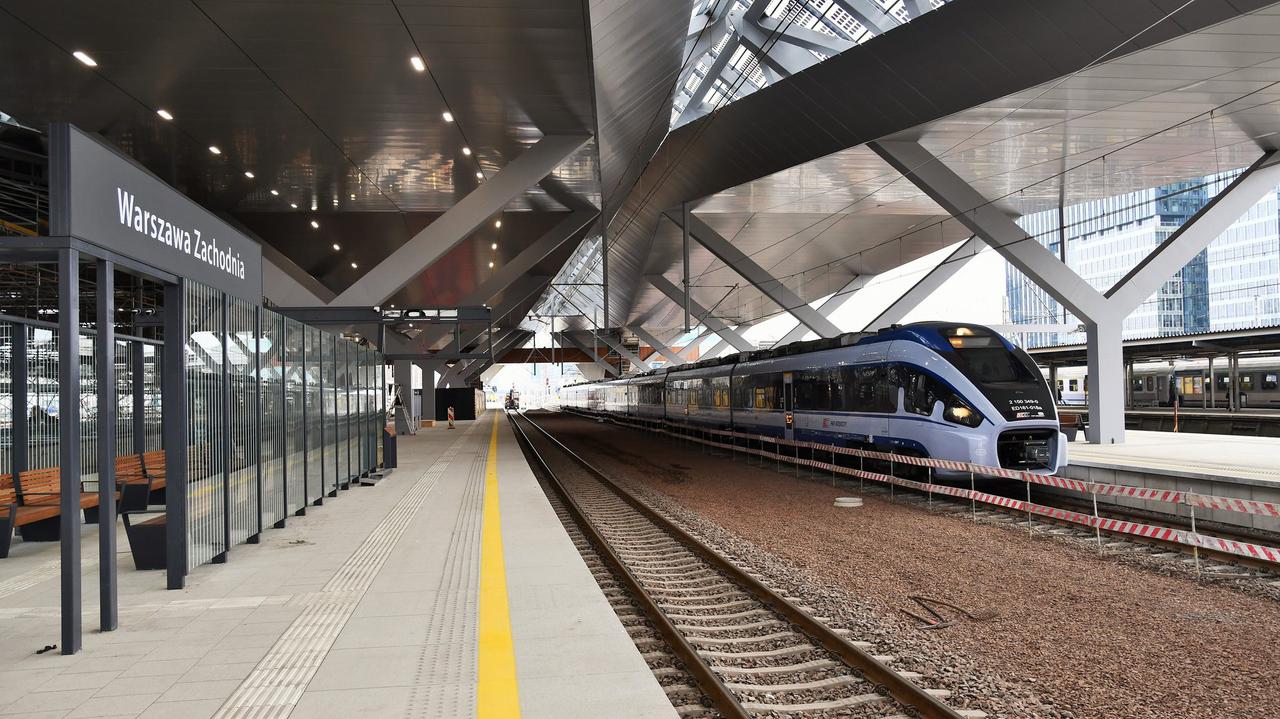 Warsaw. Renovation of the West Railway Station. They open a new platform number 7, and work is underway on the next one

From Sunday, at the Warszawa Zachodnia station, travelers will be able to use the renovated platform number 7, informed PKP Polskie Linie Kolejowe. Railwaymen also described the progress in the construction of another platform, an underpass and a tram tunnel.

After the renovation, platform 7 will be illuminated and, similarly to the platform No. 6 opened in December, access to trains will be under a new wide roof. Travelers will be able to use the benches and two sheltered “waiting rooms”. Information will be provided by boards and showcases with timetables. “About 30 long-distance and regional trains will be cleared from the new platform No. 7” – said railwaymen.

At the moment, travelers use a 200-meter footbridge from Tunelowa Street. They can walk from here to platforms 6 and 5, and from January 16 to platform 7. From platform 5 there is an underground passage towards Aleje Jerozolimskie.

Work is underway on the next tram platform and tunnel

At Dworzec Zachodni, railwaymen are building platform 8, an underground passage and a tram tunnel. “So far, six kilometers of new tracks and a traction network have been laid at the station and within it, and it has been hung on about 150 poles. 43 turnouts have also been installed” – the railwaymen calculated. Works on the roofing of the platform hall are also coming to an end. Panels are installed above platform 8. “The facility at a height of 11 meters will be covered by eight platforms” – informed PKP PLK. Work on the footbridge is also coming to an end, and it is already taking its final copper color.

The façade of the station building is ready, and finishing works are still underway inside. A local control center is established with computer devices that will ensure efficient and safe railway traffic management.

New platform and footbridge at the Western Railway Station

What will the West Railway Station look like after the reconstruction?

After the renovation, all platforms will be roofed at the Warszawa Zachodnia station. Escalators, elevators, dynamic information system and wide passages will facilitate access to trains. It will be easier to combine agglomeration and long-distance travel with public transport. Modern equipment and computer systems will ensure safe management of rail traffic at the Warsaw Railway Junction.

The works in the West are part of the project of modernization and reconstruction of the cross-city line on the section Warszawa Wschodnia – Warszawa Zachodnia. The value of the project is approximately PLN 2 billion net. The project is applying for co-financing by the European Union from the Cohesion Fund under the Operational Program Infrastructure and Environment. The investment is scheduled to be completed in 2023.

The variety offered by video games never ceases to amaze him. He loves OutRun's drifting as well as the contemplative walks of Dear Esther. Immersing himself in other worlds is an incomparable feeling for him: he understood it by playing for the first time in Shenmue.
Previous Omicron: 5 warning signs. These symptoms are dangerous
Next Karol Linetty can change the club. It would become part of the exchange. Serie A