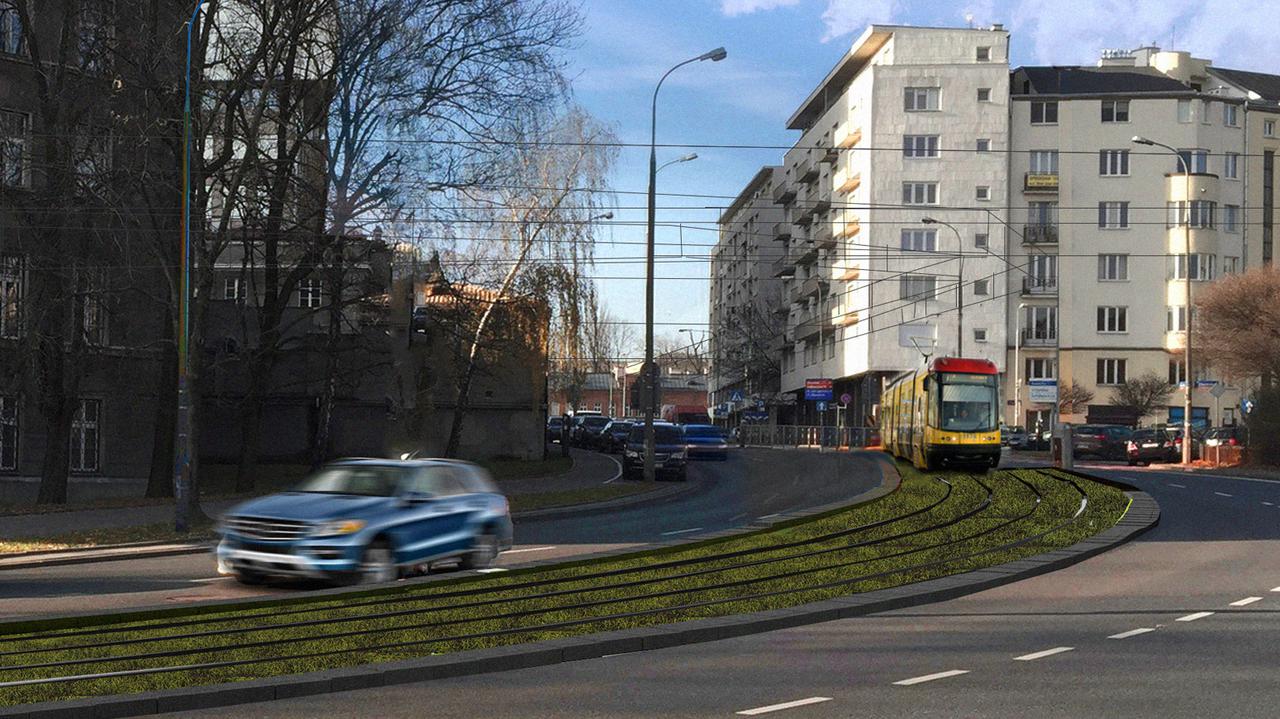 Warsaw. The tram to Wilanów will first reach Stegny

As expected, the electronic auction resulted in a reduction in prices in the tender for the construction of a tram to Wilanów. But still too small to build the entire route at once. So for now the line will end at Stegny.

In December, Warsaw Trams opened bids in a tender for the construction of a line to Wilanów on the sections from Puławska to św. Boniface and the Stegna loop and from St. Boniface to Branicki. Seven companies applied. The lowest amount was proposed by Budimex – PLN 945 million 527 thousand. Less than a billion was offered by the consortium of Balzola Polska and Lantania – PLN 973 million 623 thousand. The remaining bids were above the billion mark. The cheapest offer exceeded the budget for this investment more than twice, because the city secured about PLN 495 million for the construction of the tram.

Trams hoped that the amount could be captured in an electronic auction. And they were not wrong. On Tuesday, the auction ended and Budimex again offered the least, which valued the entire order at PLN 732 million 234 thousand. As TW explains, this means that for the basic section (including the construction of the route from Puławska along Jan III Sobieski for the intersection with St. Boniface), the price will be over PLN 492 million.

As Maciej Dutkiewicz, spokesman for TW, we are told that the investment can start with the construction of the main route. Then – from the date of signing the contract – trams have 10 months to decide on the option. There are three: a branch along Saint Boniface, a section from Saint Boniface to Aleja Wilanowska and from Aleja Wilanowska to Branicki, leading along Aleja Rzeczpospolita.

If the city finds funds, it will use the option of building a section from Stegien to Wilanów. If not, the investment will be postponed to “better times” and built in a different proceeding. – Remember that so far we have only known the offers in the electronic auction. There are still a lot of formal steps ahead of us. Appeals are also possible. It all depends on when it will be possible to sign a contract with the contractor – emphasizes Dutkiewicz.

U-turns at the end of the route

As part of the basic route on Bonifacego, tram drivers have provided paths for turning back. – Thanks to this, trams will be able to reach a certain point, change the direction of travel and return. Of course, as long as it’s a two-way tram. We have a lot of them, and we will have even more – assures Dutkiewicz. And he adds that there are currently 56 of them driving around Warsaw, and as part of the contract with Hyundai, another 85 will appear.

– The route from Wilanów and Gagarin has been designed so that it can be extended. This will also facilitate the construction of the turning tracks. This makes it an open design, easy to extend, as building a loop is a bit limiting. Hence the purchase of so many two-way trams – points out the spokesman of the TW.

He also announces that the new route will feature something that was not present in previous tram investments: – We attach great importance to greenery, so we have planned planting trees on the platforms, which will be formed in a special shape. In addition, there will also be bushes and green tracks.

The tender for the tram to Wilanów was announced in September. The eight-kilometer route will start at Puławska near Goworka. The tram will cover a 22-meter difference in the direction of Lower Mokotów along Goworka and Spacerowa Streets. Then the route will run straight along Belwederska and Sobieskiego Streets towards Miasteczko Wilanów. There are also plans for an 800-meter branch of the route along Św. Boniface to the bus terminus in Stegny.

Already in August, we informed that the tracks to Wilanów may be built in pieces. There was information in the media that in the case of high prices, the branch towards Stegien, as well as the section towards Wilanów, after the intersection of Sobieski and Św. Boniface, may arise at a later date.

The branch along Gagarina Street is also connected with the construction of the tram route from Mokotów to Wilanów. It is an investment carried out jointly with Miejskie Przedsiębiorstwo Wodociągów i Kanalizacji, because a sewage collector will be built at the same time. The contract for the implementation of this investment in the “Design and build” formula was signed with the consortium of Inżynieria Rzeszów and Balzola in May last year.

The variety offered by video games never ceases to amaze him. He loves OutRun's drifting as well as the contemplative walks of Dear Esther. Immersing himself in other worlds is an incomparable feeling for him: he understood it by playing for the first time in Shenmue.
Previous Xbox players are fed up with PC cross-play. Consoles want to avoid cheaters
Next Kamil Stoch turned up the ankle joint. Will he perform in Zakopane at the weekend? – ski jumping – World Cup 2021/2022