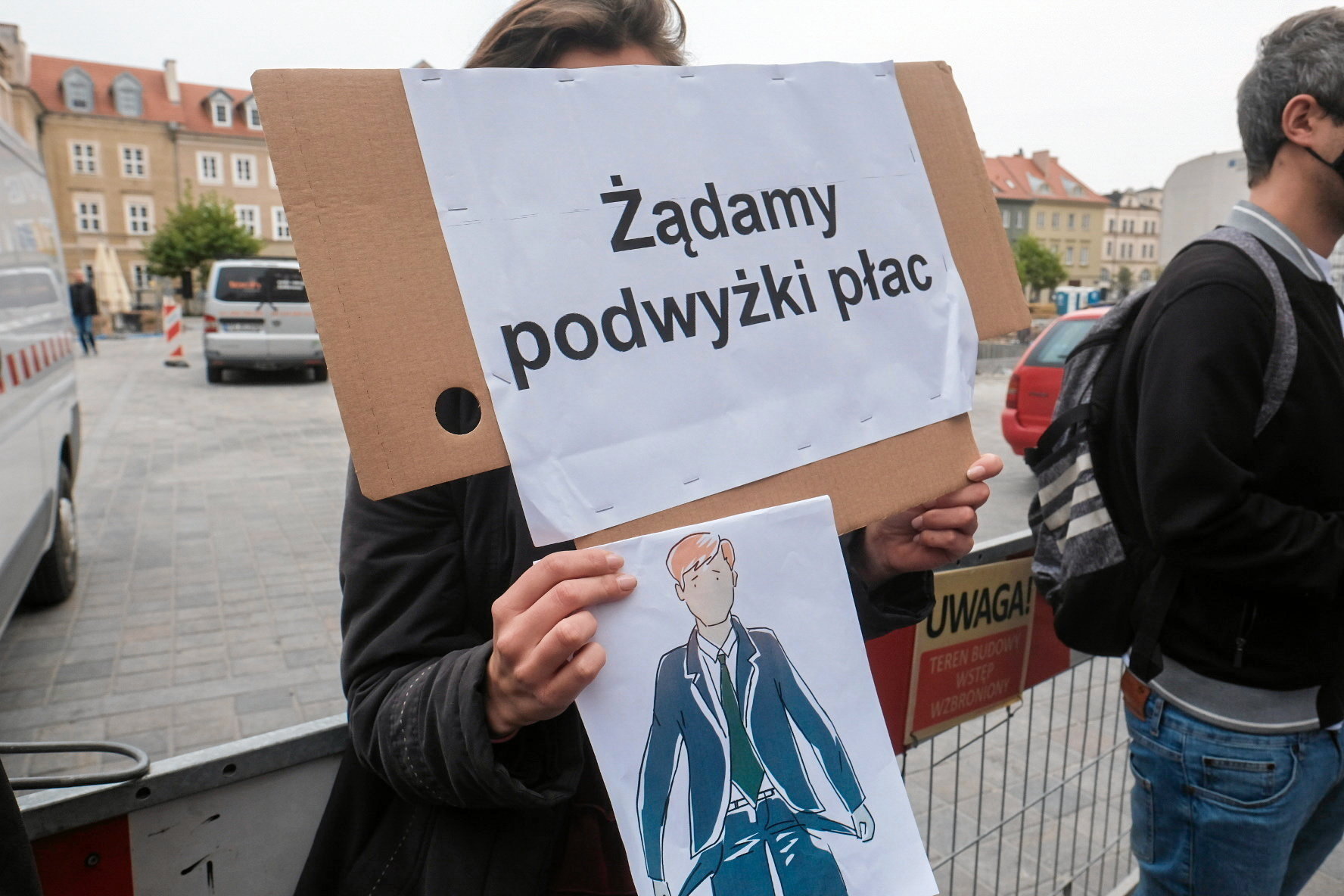 we get richer, but half of us earn less than 3.4 thousand. on hand

Who is being examined by the Central Statistical Office

Let us also recall – the median is a value which means that half of the employees earn less and half more. Thus, it reflects the level of earnings of the society better than the average. We are talking about the gross amount. In the case of an employment contract, this means approx. 3.4 thousand. zlotys. And remember that this only applies to entities where at least 10 people work.

The Central Statistical Office (GUS) itself defines the studied group as follows:

Therefore, this study does not cover all employees. But it involves a huge number of employees, which is why it is laborious and sparse.

Interpretation of the results is made difficult by the fact that the group studied here is a hybrid between two categories of employees traditionally used by the Central Statistical Office: those working in the national economy and in the enterprise sector.

The survey is conducted on the basis of forms provided by representative companies.

Throughout 2020, the average salary in the enterprise sector was PLN 5,411, and in the national economy – PLN 5,167. The median for all employees is also certainly lower than that given by the Central Statistical Office, but an accurate estimate is difficult.

The gray economy also affects Poles’ income, and this is obviously not included in the official data. In May 2021, we wrote that if we added salaries “under the table” to the official data, the official average could increase by PLN 240. And this could mean that the official median of GUS earnings may ultimately be close to the real median for all Poles.

On the other hand, the basic conclusion from all these estimation attempts is simple: the GUS median is imperfect and the actual numbers covering all employees may differ. But these will not be a colossal difference. We can say with great certainty that half of Poles earn less than 3-3.5 thousand. PLN on hand a month – because 4.7 thousand. PLN gross on the employment contract means 3.4 thousand. PLN net.

Let us also remember that this is data from a year ago. And we have had a rapid increase in salaries behind us. In the enterprise sector, the salary between October 2020 and October 2021 increased by 7.7%. If the median grew analogously (and we know that the increase in the median and the average salary is similar, e.g. in 2020 compared to 2018 it was almost identical), it would be PLN 5,064 gross (net PLN 3,658 on an employment contract).

From the new data of the Central Statistical Office of Poland, we learn, first of all, how the income of Poles is distributed:

To get a better view of what’s going on here, let’s sum these numbers up into larger categories. Then:

On this basis, it can also be seen how narrow a group we talked about when we discussed raising taxes in the Polish Lada. The upper limit of the so-called allowances for the middle class almost exactly coincide with 200 percent. average salary. Hence, we know that in the case of employees, higher taxes applied to only less than 6 percent. This also means that relatively few Poles have really high salaries.

It is worth adding that the structure of Poles’ earnings has changed very slightly in recent years. Especially when we put them into such large groups as above – the structure is almost identical in 2008. Thus, Poles are getting richer in percentage terms fairly evenly. Larger changes are noticeable only in smaller categories, especially among the poorest. In 2008, half of the average salary and 18.5 percent less earned. of us. A decade later – 16.2 percent In the newest one, only 13.4 percent. This is a big drop. These people mainly supply the group that earns 50-75 percent. average salary. In it we have an increase from 27 to 29.6 percent.

What is the result of such a leap?

“Changes in the lower part of the income distribution may be a matter of the greatest shortages on the side of unskilled and technical employees,” explains Andrzej Kubisiak, deputy director at the Polish Economic Institute. “They are the hardest to find on the market, and the influx of foreigners does not necessarily mean lower payouts in these ranges.”

People earning the minimum wage are still in the lowest category. In 2020, the minimum wage was PLN 2,600 and the average annual salary was 48%. average salary. And in October, which is the subject of the survey, only 45 percent. It will certainly be the same this and next year. Everything indicates that the rapid increase in salaries will continue.

Now, however, comes a new component to the equation that we haven’t seen in 20 years – high inflation. For many, wages will rise in line with prices, for some, the rise in prices will be faster. So some of us will lose in real terms, and the pressure to increase salaries will be very strong. And this will have a strong impact on our satisfaction with rising salaries.

OKO writes about the Polish economy.
Will you support our finances?

A graduate of history at the Jagiellonian University, Arabic studies at the Adam Mickiewicz University and the Polish School of Reportage. He published, inter alia, In Res Publica Nowa, Kontakt magazine, Znak monthly and Tygodnik Powszechny. At OKO.press he writes about economy and social policy.

The variety offered by video games never ceases to amaze him. He loves OutRun's drifting as well as the contemplative walks of Dear Esther. Immersing himself in other worlds is an incomparable feeling for him: he understood it by playing for the first time in Shenmue.
Previous Gigabyte saves new Intel processors in games with Denuvo
Next Aleksandar Vuković would like to help Legia Warsaw. “I would leave my pride aside”