The coach dreams of another venture: “We know Portugal’s weaknesses, but we’re ready and prepared. Our journey up to here has demonstrated it”

Walid Regragui, Morocco coach, dreams of another great feat against Portugal to write another page of history. “We are not walking on clouds, we can still give a lot in this World Cup. We are the little flea that wants to annoy – he said at the press conference -. Our state of mind is that of those who want to give their all for his country. A national team must give emotions to its people. More we are the first Arab team to reach the quarter-finals and I think the fans can help us make history. Many people are praying for us”.

After playing level with Croatia and beating Belgium and Spain, Morocco wants to continue to amaze and he is not satisfied with the first historic qualification for the quarterfinals in a World Cup. As they say in these cases, appetite comes with eating. “The more you go on, the more the difficulties increase. It will be a match against champions, those of Portugal, who play in the best clubs in the world and against one of the greatest in history – added Regragui -. But it will be a balanced duel, like the others have been: no one expected us to get to the second round, much less the quarterfinals, but here we are. And we absolutely don’t want to settle for it. No one is unknown at this level. Like all opponents, they know our weak points. But they also have weaknesses”.

Dreaming costs nothing and Regragui studies the trip to the favorite Portugalor: “Football is a sport in which everything is possible. It is a positive pressure that surrounds us. There are education, customs, mentalities that need to be changed. For example, the percentage says that by now there are more and more African coaches, new world football has become more and more internationalized. There is a lot of competence in Africa too, there is no need to necessarily import foreign coaches. We are happy to be the friendly team, but it is certainly not enough for us. We are the fourth African national team to reach the quarter-finals of the World Cup, but I think no one has ever had a path as complicated as ours: Belgium, Croatia, Canada which is the strongest in North America, then Spain and now Portugal”. 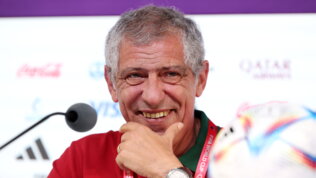 David Martin is the lead editor for Spark Chronicles. David has been working as a freelance journalist.
Previous Jennifer Aniston buys Oprah Winfrey’s Montecito mansion for $14.8 million
Next all about the film with Jennifer Lawrence