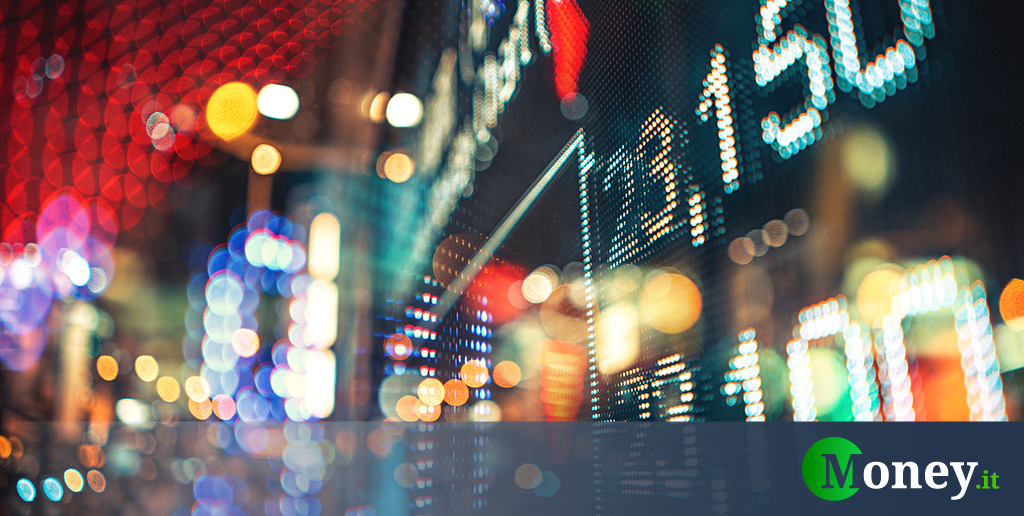 What if the market burned 36 trillion in just 11 months? Done. But the war makes more noise

In 2021, world GDP was 84 trillion dollars. The forecasts for this year prepared by the Center for Economics and Business spoke of the breakthrough of 100 trillion for the first time ever, thanks to the global recovery from the shock of the pandemic. Mind-boggling numbers, a quantity of zeros to be lined up that makes you lose count. And the head.

Still, it takes little to burn more than a third of what the entire planet produced last year. Indeed, it took a little. Why these charts

plastically show how the combined losses suffered by global equities and bonds since November 2021 to date have marked 36 trillion. Thirty-two of which refer only to equities. But as everyone knows, now it is bonds that are experiencing continuous falls in valuations and increases in yields. In short, the classic formula applies: and counting. And this other graph

confirms how all the volatility indices are soaring, as if to attract attention by force. Is something going to happen? The rumors running around in these hours are all unique: a large investment bank would be on the brink of the precipice. Clinging with nails and teeth after a dramatic call in which the CeO had to confirm the drama of the moment.

Another Lehman on the horizon? Paradoxically, it could be the best time. Because if 36 trillion dollars went unnoticed in their rapid wipe out from the post-pandemic period, it would really take a counterpart tsunami to plunge the world into panic. Archegos’ retarded revenge? Many fear so. Too many derivatives, too much Level3. Sooner or later, purge is needed. It’s a bit like Mr. Creosote de The meaning of life of the Monty Python, the one who gorges himself in the restaurant until he burst. And what makes it explode? The final mint. A single mint.

In our case, the Fed’s decision to make up for all the time lost in academic discussions on the transience of inflation, inserting the turbo on the rise in rates. A detonator. Slow party. And then, at the third elephant retouch, it exploded. But in the meantime, on February 24 it operated as a watershed. War. The sanctions. The obvious backlash on the markets. And then the icing on the cake of the energy crisis. The recession that takes the place of inflation but with exasperating slowness, such as to allow all the other central banks to follow the mother Fed. A huge shaker in which to shake a few trillions of dollars in derivatives, swaps and VaR models caught with your guard down.

But war covers everything. And, indeed, it offers opportunities. To the warfare, for example. But above all to this:

the great European energy revolution, the elimination in record time of Russian dependence and the arrival – through an interregnum that has made Norway’s coffers happy with the filling of stocks for the winter – to the new LNG regime. Clearly, America is at the forefront. And like a drug dealer who decides not to immediately put the load on the square, letting the shortage make the addicts accept any economic condition and quality of the goods, Washington has done taste to the EU a couple of months of privileged supplies and even sent by cargo diverted from Asia and sent to the aid of the Old Continent.

Except then block everything, officially due to an accident at the Freeport export hub in Texas. Explosion. Huge. So fatal that it saw the first hypothesis of reopening at the end of September postponed to the end of October. Close to the mid-term. And the winter that without Gazprom risks being heavy in Europe, given the monstrous fund unilaterally fielded by Germany and the rationing just implemented by the extraordinary summit of energy ministers. So perfect in timing that it makes you think. There are those who annex territories and who, at the same time, have annexed a market. Colonizing it.

There is a problem though. And it also goes beyond the mere ethical aspect. From 2010 onwards, the market thrives on structural QE. The trajectories of leverage public and private have gone in overdrive and they require continuous stimuli, otherwise bubbles will explode on virtually all assets. Which must therefore be deflated with care and timing, causing equally cyclical crises. Today, however, it has apparently been decided to change strategy. The Fed has forced its hand in an unprecedented manner, almost wanting to challenge itself in the terminal game of making the match go out without burning your fingers. Betting everything on the wind in favor.

But if the 2018 crisis necessitated first the liquidity crisis of September 2019 and then the Covid pandemic to reactivate the global printing press after the first, drastic purge, today the price of this deleverage systemic and structural has risen beyond belief. We are on the verge of the nuclear option. Other than that, where can it go? Are we also at the end of perennial QE? If so, how? No sooner said than done, here is Charles Gasparino’s tweet from Fox Business:

the Fed begins to ask questions about the continuation of the normalization process, the board is about to split up on what to do in the November and December meetings. The usual pattern, the usual controlled accident. But this time the nuclear deterrence was disturbed. End of the road or end of the world? In the meantime, we look forward to the reopening tomorrow morning. A big player may not be on the pitch.

The variety offered by video games never ceases to amaze him. He loves OutRun's drifting as well as the contemplative walks of Dear Esther. Immersing himself in other worlds is an incomparable feeling for him: he understood it by playing for the first time in Shenmue.
Previous TV Guide Monday 3 October 2022 what to see on TV tonight
Next Atalanta-Fiorentina 1-0, goals from Lookman and the Nerazzurri first