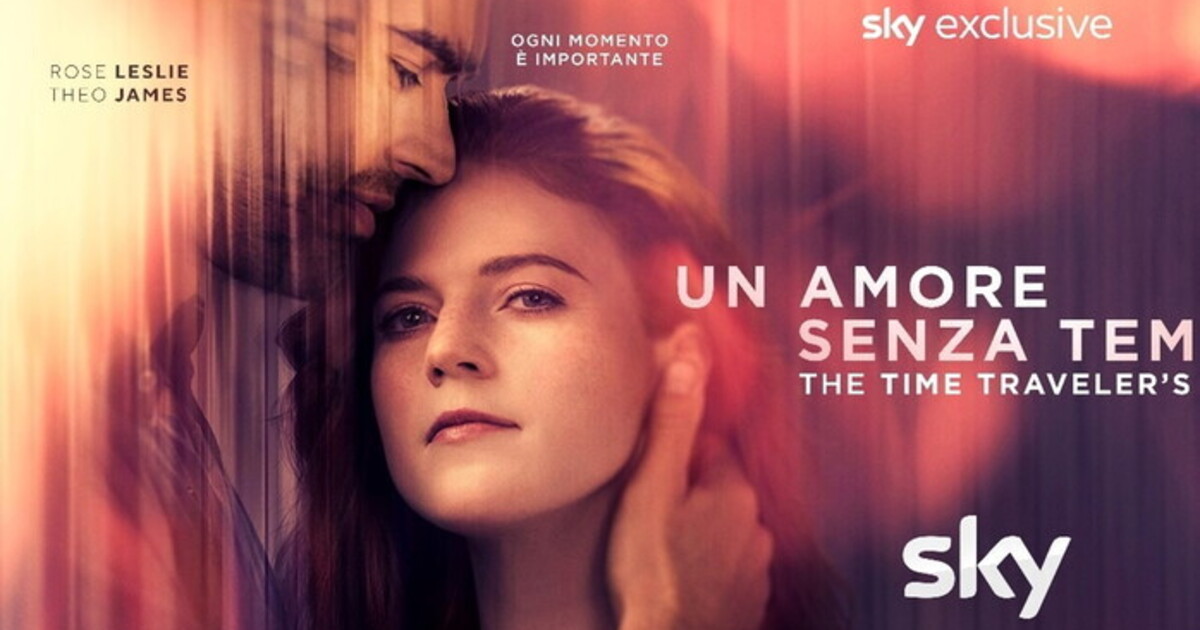 The protagonists, the precedents, the trailer and everything you need to know about the tv series created by Steven Moffat (Sherlock and Doctor Who) And available on Sky and Now Tv

A timeless love – original title The Time Traveler’s Wife – has had at least three lives. It was born as a book released in 2001, then became a film in 2009 and finally a TV series available on Sky and Now Tv, sci-fi romance Hbo in six episodes created by Steven Moffatformer co-creator of Sherlock and five-season showrunner of Doctor Who. “Every moment is important” reads the claim of the series and it is precisely the theme of time that is at the center of this story in which we find the love story between Claire and Henry. Their connection, however, is far from being conventional since Henry suffers from some sort of pathology where he travels through time in a totally involuntary and unexpected way (but always and strictly naked).

On many of these time travels, Henry meets Claire, often not knowing that it is or will be about his wife. The woman is always waiting for him in their present, hoping every time that he will be able to return home and she is not always sure of when this will happen. The mechanism of the temporal leaps of the narrative, in part a bit convoluted, is facilitated in understanding by signs that warn the viewer about where in the story you are. So Claire at six meets Henry for the first time and then sees him fourteen years later, in the library where she reveals that she is her future wife.

This is the trigger for a passionate but very complex love story, in which Claire finds herself having to cyclically wait for her husband to come back to her. Despite the fantastic element, which constitutes above all a genre frame, in fact the series is a love story told from a particular angle and with a language that mixes – with balance – different suggestions. It has no particular ambitions for thematic study and represents above all a light and entertaining story, however packaged with taste and attention to detail.

It is important to hold on to the first episode, physiologically linked to the introduction of the main narrative mechanism of time travel and their functioning, then the rest of the series flows more fluid and without technicalities. She is portrayed by Rose Leslie (well) e Theo James (a little less well); with them too Caitlin Shorey and Everleigh McDonell who play the role of Claire as a young man and a girl while Brian Altemus and Jason David I am Henry as a teenager and as a child. The direction is entrusted to David Nutteralready at work in some episodes of Games of Thrones.

What are the previous “versions” of A timeless love?

The series is based on the best-selling novel by Audrey Niffenegger “The wife of the man who traveled in time”, released in 2003. The book was based on a 2009 film, “Suddenly Love”, directed by Robert Schwentke and starring Rachel McAdams and Eric Bana. The series takes up quite faithfully sequences and scenes from the film, expanding the narrative implications and adding a warmer and more familiar visual paste. It does not shine for originality but the dusting off of HBO makes it an enjoyable story suitable for different palates.

Where is “A timeless love” set?

The series is set in Chicago and many scenes were actually shot in the Windy City. The rest of the shoot was shot in New York. The choice to shoot in the two big American cities (preferring them to the less expensive Canada) allows to give a visual added value to the story that appears so refined and magnetic from an aesthetic point of view.

What is the tone of A timeless love in three bars?

Any torture can be endured, except hope.

I hate not being where she is. Yet I always go where she cannot follow me.

David Martin is the lead editor for Spark Chronicles. David has been working as a freelance journalist.
Previous Normani has hot scenes with Chris Brown in new clip
Next Thor: Love and Thunder | Christian Bale didn’t know what the MCU was

In a rare family moment, Neymar’s father enjoys a sunny day with a pool with …