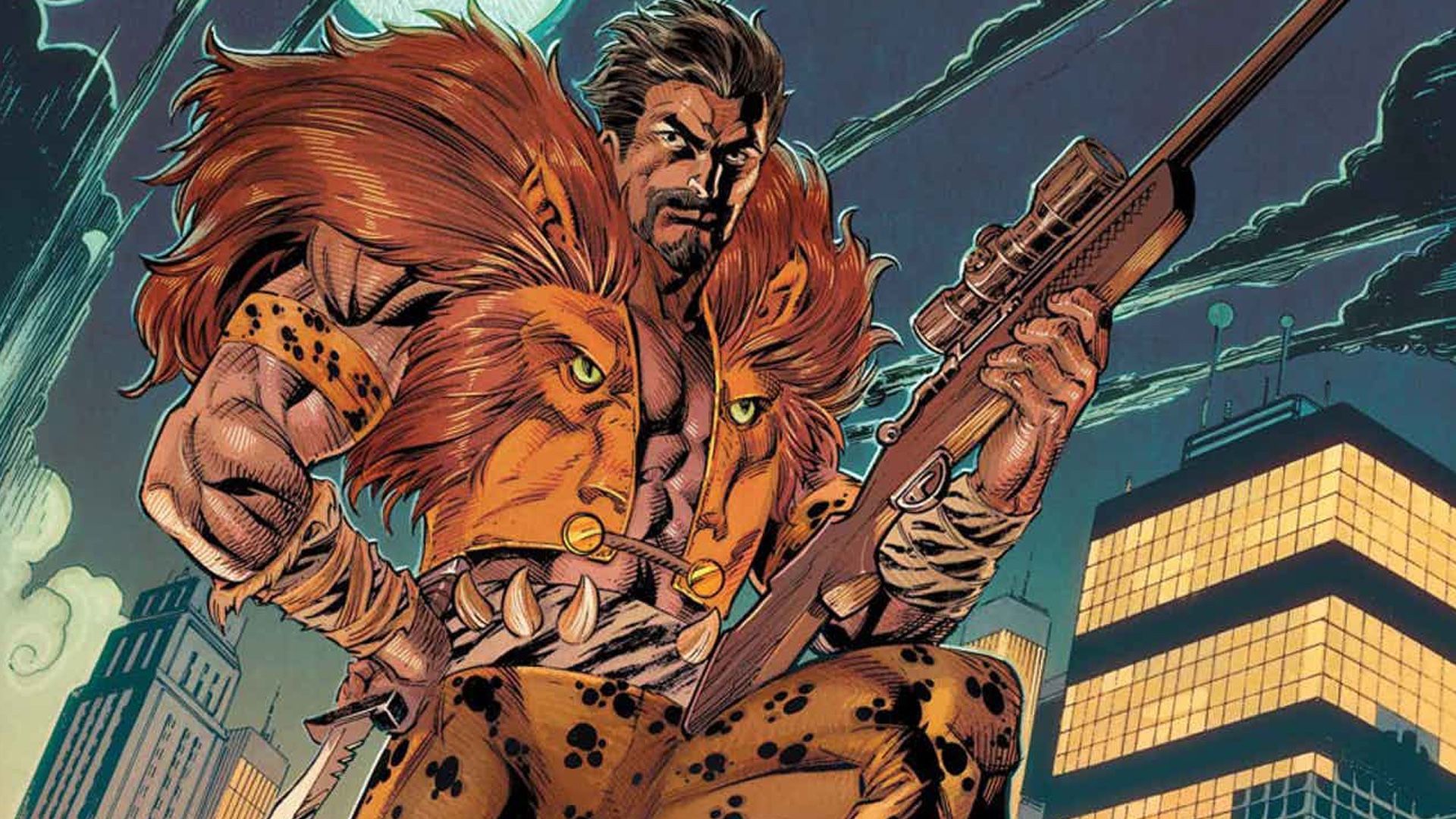 what is Sony doing with the Spider-Verse?

The standalone Morbius movie was a dud, to the point where fans questioned the Sony’s expertise in making a Spider-Verse worthy of the name, outside of the films co-created together with Marvel that have Spider-Man as their protagonist. On the other hand, the flop of the film about the vampire of the House of Ideas comes after thefailure of the two Venom filmswhich could have irreparably ruined the image of one of the most beloved anti-heroes in all of the Marvel park.

However, Sony does not seem determined to reverse its course: on the contrary, the spin-offs dedicated to Spidey’s enemies arriving at the cinema are many, and only few seem to promise anything goodto the point that even the choice of characters to adapt on the big screen made by majors Japanese seems to lack an underlying strategy. So let’s see what can we expect from the Spider-Verse branded Sony in the coming months.

(Un)fortunately, the 2023 cinematic of the Spider-Family will start very late compared to the other cine-comics releases: to see a character from the world of Spider-Man on the big screen we will have to wait for the release of the film about Kraven the Hunter, scheduled for October 6, 2023barring last-minute postponements (not so unlikely, given that Kraven was slated for early January 2023, only to be pushed back nearly a year). The rumors that have emerged so far about the film have left fans decidedly unenthusiastic, especially because of one potential rewrite of the protagonist himself in a more “environmental” key and close to animals. The same interpreter of the Hunter, Aaron Taylor-Johnson, explained that Kraven will be a protector of nature and animals, thus distorting the original comic book character. Of course, both Sony and Marvel have accustomed us to one Major overhaul of characters and storylines with their films, but the idea of ​​\u200b\u200baltering so deeply a fan-favorite (albeit controversial) figure like that of Kraven may not turn out to be all wise. For now, though, Kraven’s first test screens appear to have been a success, giving hope that the film will bring justice to Spider-Man’s iconic foeproviding Tom Holland’s wall-crawler in the future with a nemesis on the level of Willem Dafoe’s Goblin or what should have been Tom Hardy’s Venom.

On the other hand, Aaron Taylor-Johnson is convinced of the potential of the Kraven film and its ability to successfully bring its comic book icon to the big screen. It also helps that they should be present in production several other historical enemies of Spider-Man, as Kraven’s half-brother Chameleon (aka Dmitri Smerdyakov), who is expected to be played by Fred Hechinger (Let Them Talk, World News), and Ariana DeBose’s Calypso, the voodoo priestess and lover of the Hunter. It seems that Chameleon will be the villain of the film, again distorting the comic origin of the character, born in fact as an ally of Kraven in a battle against Spidey. Calypso, on the other hand, could have a supporting role towards the protagonist and, most likely, a love story with the latter. In short, it seems that at the narrative level theoriginality of the plot will not be the greatest, but at least the characters to be exploited seem to be all there, obviously assuming that you make full use of their characteristics and nuances. However, it is also there that makes one tremble rather troubled genesis of the productionwith shots and reshoot focused on a short period of time and a postponement of 10 months without official reasons.

However, the most interesting film of the Spider-Verse arriving in the next two years is certainly the Madame Web by Dakota Johnson, arriving February 16, 2024 in the United States. The general interest in the film depends a little on the name of the leading actress and a little on the rumors that appeared on the net a few months ago that Madame Web could be linked to Spider-Man in a much deeper way than Venom, Morbius and Kraven, as it might even be set in the same universe as the Sam Raimi filmsthus opening the door to a new appearance of Tobey Maguire’s Spidey, after his appearance in Doctor Strange in the Multiverse of Madness and the persistent rumors about his return in and out of the MCU. Of course, that also means that Madame Web could be harboring a secret and change her title at the last minute, revealing herself as the much desired Spider-Man 4 with Tobey Maguire(re)opening the prospects for an alternative universe dedicated only to Spidey at Sony, separating the original productions of the Japanese company from those with Tom Holland as the protagonist, developed together with Disney and Marvel and which must undergo a series of strict constraints on characters, enemies and events shown within them due to the contracts stipulated with the Casa delle Idee.

Madame Web’s crafting logo also seems to hint at a pretty deep connection to Spider-Man, with one graphic very similar to that of the Tom Holland filmsquite different from the one used to Morbius and Venom. At the same time, however, it is possible that the film’s link with Spider-Man is less marked, or perhaps concerns another spider-man (or spider-woman) of the Spider-Family.

On the other hand, if it Tobey Maguire’s Spidey may have a cameo (perhaps in a post-credits scene?) to lay the foundations for the “real” Spider-Man 4, it is true that Madame Web will have an atypical timeline, since it will be set in the early 2000s but will see the participation of an Aunt May (Emma Roberts) and a still young Uncle Ben (Adam Scott), leaving us to think that in the universe of Madame Web Peter Parker is still a child, and that the Cassandra Web-focused adventure could if anything set the stage for a future Spider-Verse with an all-new wall-crawler. It is difficult to extricate oneself from these rumors, which seem to contradict each other: it therefore remains to be understood whether there have been errors between the leaks and the rumors or if, instead, everything depends on theopening of the Multiverse also in the Spider-Versewhich could lead to multiple Spider-Verses colliding and timeline different. Finally, we remind you that both Spider-Girl and Spider-Woman should appear in the film, the latter in the version of Julia Carpenter (played by Sydney Sweeney).

But let’s get to the sore points (and what sore notes), i.e. i two films about El Muerto and Hypno-Hustler. El Muerto was announced by Sony in a completely official way last April, while Hypno-Hustler has been confirmed by various reports in recent weeks, and should be announced in early 2023. Both films have caused a real raising the Spider-Man fanbase on the web and on social networks, moreover with excellent reasons: unlike Kraven, Morbius and Venom, El Muerto and Hypno-Hustler are two decidedly minor enemies of the wall climber, both appearing in a handful of pages in run dated respectively to 2006 and the 1970s. In short, there seems to be no valid reason for dedicate entire films to similar characters, at least not when there are other much more famous spider-man enemies still practically unused on the big screen (the Hobgoblin, Mister Negative, Scorpion and Shocker to name a few). In all likelihood, Sony embarked on these two productions due to the interest (inexplicably) shown respectively by the Puerto Rican rapper Bad Bunny and Donald Glover for the two villainswhich should also receive the faces of the two singers on the big screen.

On these bases, the scaffolding of the two films appears decidedly lame, and the chances that at least one will be canceled seem high. For instance, El Muerto should be released on January 12, 2024just a month away from Madame Web (scheduled for January 16, 2024), and for this reason it is already in the air of delay, especially if we consider that Sony is shooting Madame Web in these weeks, while El Muerto is far away from reaching the studios. At the same time, Bad Bunny has already announced a retirement from acting for a few months, which could lead Sony to a recasting of the face of the protagonist of his new film: despite this, El Muerto already has a director in Jonas Cuaron, son of Alfonso Cuaron. The situation of Hypno Hustler is less complex, because Donald Glover will both star and produce of the film: this makes us think that, net of a very scarce material from which to draw for general inspiration, it will be difficult to see the film canceled at any moment. The release of Hypno-Hustler, therefore, should be scheduled for 2025: it remains to be understood whether, between now and the next three years, the Spider-Verse of Sony will still manage to bring fans to the cinema.

David Martin is the lead editor for Spark Chronicles. David has been working as a freelance journalist.
Previous Avatar 3: Storyline Will Include “Ash People” Na’vi
Next Brooklyn Beckham feared his wife didn’t want to marry him: ‘I burst into tears’