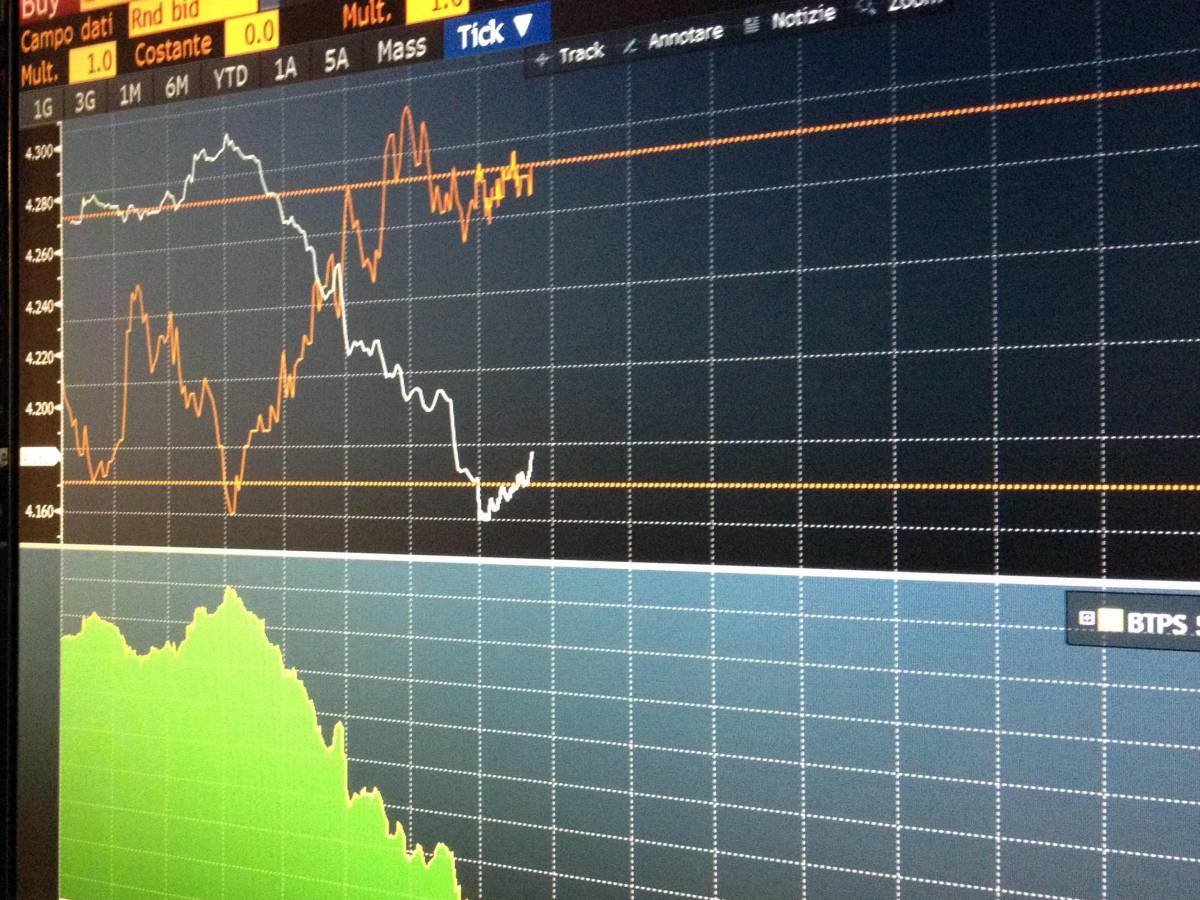 The word spread is borrowed from the English language and means difference. In the specific case it is the difference between government bonds of different countries and, since the German economy is considered to be the most stable in Europe, in our latitudes we mean the gap between the yields of German government bonds (Bund) and those Italians (BTP).

A wide spread has negative consequences on the Italian economy and is therefore a burden for the state because it represents a burden on public debt, but it is also a burden for businesses and families. A high spread, launching us into a lapidary examination, is an indication of an unhealthy economy.

The term spread is generic and is suitable for both government bonds and any financial instrument and, in all cases, it is an indicator of the risk that investors take. The higher the spread, the higher the risk.

How the spread is calculated

The calculation refers to elementary arithmetic and is the result of a subtraction. If the yield of one security is 3% and that of another security is 1%, the spread is 2%. Since each discipline has its own jargon, in economics the difference between the two returns is measured in basis points, i.e. the values ​​are intended as part of a percentage calculation in which each basis point counts as 0.01%. In this system the difference of 2 percentage points is translated into 200 basis points. When we read, for example, that the spread is 250, it means that Italian bonds yield 2.5 percentage points more than German ones.

When the media talk about spreads, unless otherwise indicated, they refer to the differential between the yields of Bunds and 10-year BTPs, which can be monitored at any time, online there are several sites that follow its evolution, with lots of of historical data. In this specific case, the higher the spread, the more Italian government bonds are considered risky by investors as regards the ability of the State to repay the money borrowed by issuing bonds.

What causes the spread to vary

Every year Italy puts 400 billion of debt on the market by issuing government bonds that various players buy. These include insurance companies, investment funds, pension funds but also private savers and if, among buyers, there is the perception that the state will find it difficult to repay the debt, interest needs to be higher to attract investors.

This is one of the reasons that makes the spread rise, but there are reasons that do not depend on the evaluation that investors have of the state: one of these is attributable to economic uncertainty in general. The spread rises when, to give a case in point with current events, fears of a financial crisis begin to show signs of themselves. In the last year, therefore starting from October 2021, the BTP – Bund spread has risen from 104.1 to 238.66 basis points (at the time of writing). Limiting ourselves to 2022 alone, the spread has increased by 80.5%.

This means that the spread began its upward run when, faced with an uncertain economic situation, investors did not clearly feel the monetary policy interventions in the Eurozone. Over the months, inflation and the Russian-Ukrainian war framework have been superimposed on the loose policies of the European Central Bank.

The spread as an indicator

Normally a spread exceeding 300 points (therefore a BTP-Bund differential of at least 3%) causes alarm bells to sound, it is the threshold beyond which Italian bonds are not considered safe. This gives rise to a mechanism whereby those who buy Italian debt demand higher returns with the consequent increase in public debt.

The spread and the citizens

Those who argue that the spread is a matter of the state and as such does not have an impact on their daily newspaper are making a mistake. Firstly, because the State is all citizens and, nevertheless, because if the rates of return of the BTPs rise, more money is needed to repay the debt and this can coincide with an increase in taxes and duties or with a lower public spending (even all things together). The repercussions on individual citizens therefore exist and can take on a specific weight.

The spread, understood as the difference between Bund and BTP has, can have a relative weight on mortgages. The Euribor, the index from which the rates of variable mortgages are derived, is not linked to this differential. When we talk about mortgages, however, the term spread takes on another meaning, and indicates the gain (expressed in percentage terms) that the bank keeps for itself, as we have explained here.

The variety offered by video games never ceases to amaze him. He loves OutRun's drifting as well as the contemplative walks of Dear Esther. Immersing himself in other worlds is an incomparable feeling for him: he understood it by playing for the first time in Shenmue.
Previous Dried fruit, what a passion, all the benefits for our health: “Impossible to resist”
Next Alice Campello, luxury shopping… with the belly