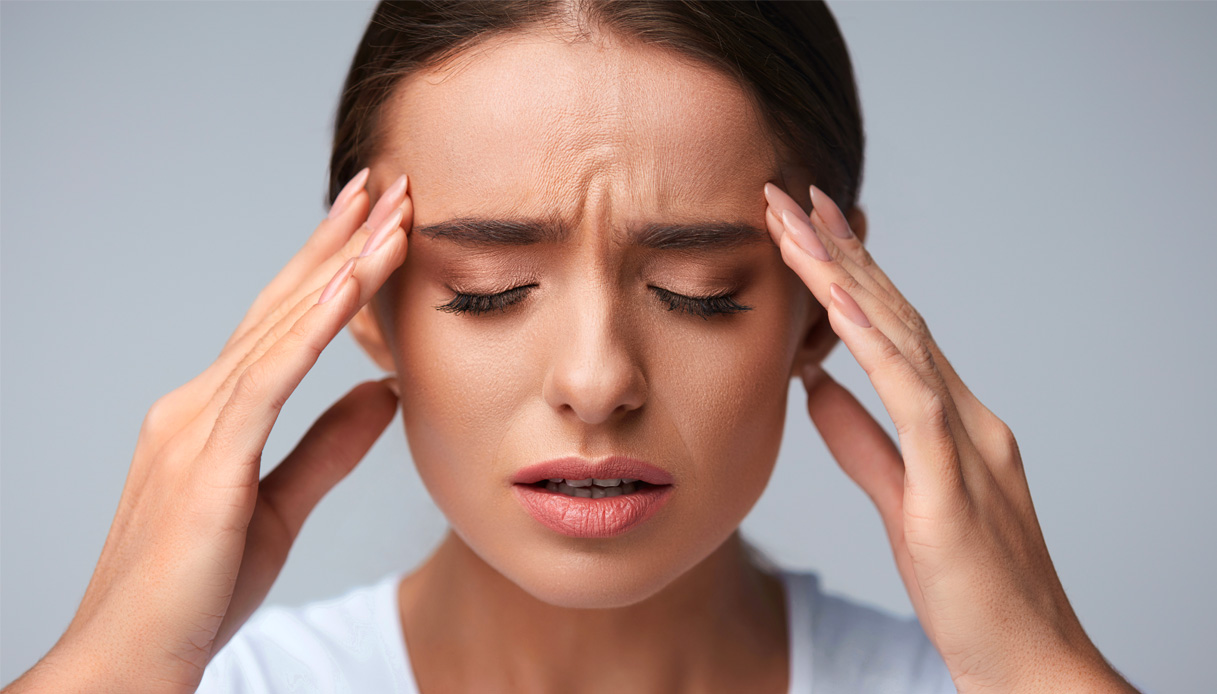 what it is, symptoms, triggers, cures

Migraine with aura it is a particular disease that affects about a quarter of people with migraines (over 2.5 million people in Italy). In these patients the headache (or headache) is preceded by some transient and reversible neurological symptoms that can occur singly or in sequence.

The change of seasonand autumn in particular, represents a very difficult time for those who suffer from it since – as explained by the dr. Giorgio Dalla VoltaCoordinator of the Lombardy Region Section of the Italian Society of Headache Study -SISC and Director of the Headache Center of the Clinical Institute of the City of Brescia-San Donato Group “Some climatic-seasonal factors can negatively affect all forms of migraine. The barometric pressure, which changes with the arrival of autumn, the climatic instability, the change of light due to the change in the inclination of the sun and the progressive reduction of the hours of light, they exert a destabilizing effect on our neuronal networks, inducing a further destabilization of the neuronal hyperexcitability of the cerebral cortex of migraine patients “.

“To further aggravate the situation – continues the expert – there is also an increase in stress typical of this time of year when the summer ends, holidays become a distant memory and normal work or school activities resume at full speed. For all these reasons, September / October risk being black months for many people afflicted with this neurological disease ”.

The aura is truly a traumatic and shocking event. Patients, in the most striking cases, are convinced that they are affected by a stroke or from another severe cerebro-vascular disease. It is an erroneous perception that occurs despite the disorder recurring several times during the year and, at times, even after only a few days (or on the same day).

The most frequent symptoms are above all:

Then there are gods warning symptoms (such as irritability, mood swings, difficulty in concentratingsleepiness, search for particular foods) that need to be kept under control.

“It is a pathology not to be underestimated and that makes everyday life really difficult ”, continues Dr. Giorgio Dalla Volta. “Symptoms related to the aura can last up to an hour and determine a major disability. Post-attack discomfort and exhaustion tend to continue over the next 24 hours. More than half of patients admit to having severe limitations to carry out their activities without problems while only one in ten claims to be able to do so. All this is very problematic for the entire social and health system since migraines mainly affect the productive age group. Also it is four times more frequent in women compared to men with all that this entails for individual families “.

There are different types of treatments available for migraine with aura. “As in any other pathology, some pharmacological therapies may not be effective or poorly tolerated – continues Dalla Volta -. Hence the need in clinical practice for alternative approaches for the treatment of this pathology such as, for example, the use of nutraceuticals. They are food supplements that can provide health benefits and their use is becoming more and more widespread ”.

Several scientific studies have shown that three natural substances (the mineral magnesium plus the extracts of two plants: feverfew and griffonia) when used together in a single nutraceutical, which can be taken in tablets or sachets, can reduce the frequency of attacks and symptoms related to migraine with aura, thus improving the quality of life, as well as the duration and disability of the aura phenomenon when taken acute at the first onset of the visual phenomenon.

Videogames entered his life in the late '80s, at the time of the first meeting with Super Mario Bros, and even today they make it a permanent part, after almost 30 years. Pros and defects: he manages to finish Super Mario Bros in less than 5 minutes but he has never finished Final Fight with a credit ... he's still trying.
Previous La Mortella, harp and piano at musical meetings – Il Golfo 24
Next Prestigious victory for Palermo in England: 1-0 at Nottingham Forest