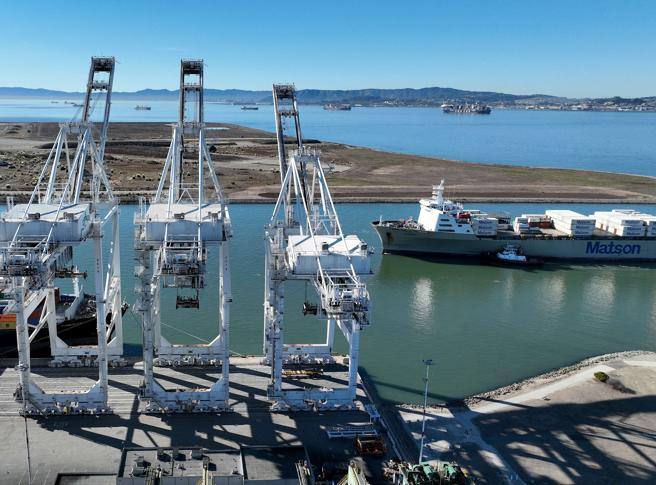 The Covid-19 pandemic has proved to be a catalyst for the jamming of an already insecure global economy, a further element of the social divide between rich and poor, between old and new generations. The health emergency appeared suddenlyFor some time, however, we have been grappling with climate change characterized by increasingly extreme events. Finally, after the war in Ukraine, the geopolitical crisis that has uncovered the weak side of a Europe in difficulty, poised between energy dependence and ambitious “green” objectives. This is the context in which the report is inserted “The post global world», Presented on 25 October in Milan and the result of the collaboration between the Luigi Research and Documentation Center Einaudi and Intesa Sanpaolo which continues the 25-year experience of the Report on the global economy and Italy.

The crisis of globalization

Four major issues are addressed in the report, edited by the economist Mario Deaglio, professor emeritus of International Economics at the University of Turin: the fragility of the global economic system in the face of the problems of global value chains that emerged with the pandemic and the widening of the gaps between different classes of population; the serious environmental crisis connected with the use of energy resources; an acceleration of the tendency to work remotely with important repercussions on the real estate market (offices and residential) and the geopolitical order of the planet with possible repercussions on globalization and the structure of global value chains. “Therefore, more tensions and conflicts, and less trade, almost certainly less development, – explains the report – with economic relations that from global appear to be restricted in narrower areas, regional in the best of cases and with growing autarchic temptations ». A decisive factor according to analysts is related to relationship between Russia and China that if they were to really unite, they would risk slipping the blockade of Western countries “below 50 per cent of world GDP”. All crises that affect “a world economy that is rapidly losing its global character and just as rapidly reducing its capacity for growth,” notes the report.

The conditions of the Italian economy

A detailed analysis of Italy fits into this framework: “An economy that expresses areas of excellence but remains burdened – for example – by the presence of too many micro-enterprises, because the regulatory mechanisms have encouraged them to remain small: 92 percent of private employees work in companies with less than 50 million in turnover», We read in the analysis. “Italy is not as fragile and weak as it is often portrayed, it has shown this in dealing with the pandemic.” This the comment of the president of Intesa Sanpaolo, Gian Maria Gros-Pietro, during the event. Looking to the future, Gros-Pietro continues, “globalization is said to be fake. It is not true, but it will change, regional areas will be created at the highest level and the region of interest to Italy is the Mediterranean“. And from this point of view, our country “has great potential – assures the president of Intesa Sanpaolo – It is a question of using them”.

Among the solutions also the introduction of the family quotient

During the event, held in the Intesa Sanpaolo Conference Room, in piazza Belgioioso in Milan, the Luigi Einaudi Research Center presented also four proposals to face contemporary challenges: a tax reform that makes it convenient to work and invest; a review of the merger tax framework that encourages small businesses to grow; the introduction of the family quotient in direct taxation and the experimental introduction of the four-day working week, supplemented by distance learning activities.

The variety offered by video games never ceases to amaze him. He loves OutRun's drifting as well as the contemplative walks of Dear Esther. Immersing himself in other worlds is an incomparable feeling for him: he understood it by playing for the first time in Shenmue.
Previous Les Apparences film, plot, actors, cast, finale, where it is shot
Next Juventus incomprehensible, young people are saved. Milan, with Leao everything is possible- Corriere.it