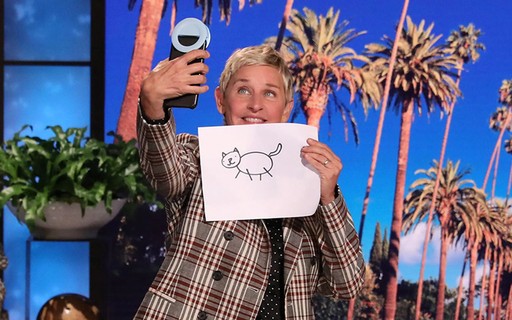 Whindersson, Messi, Scooby, Bieber and Jay-Z: see celebrities who are investing in NFTs

Web3, metaverse, cryptocurrencies and NFTs are hot topics in recent months. In the case of NFTs (non-fungible tokens), since 2021 the amount of trades on these digital assets has increased to more than $17 billion, according to a report by the company Nonfungible.com.

This reach should expand even further, as big techs have been looking for ways to make them more accessible to the public. in the case of Goalthe company began testing NFTs for content creators in the Instagram. In the USA, the Spotify also started testing NFT galleries on their artist pages.

It is natural, therefore, that the trend draws the attention of celebrities. Some artists are creating their own collections of NFTs, while others prefer to invest millions to collect unique tokens.

Why can NFTs be so expensive?

Generally speaking, NFTs can be understood as unique digital files and listed on a blockchain. The idea is for an NFT to represent a real-world item, such as artwork, music, videos, or even experiences.

Every NFT can only be bought, sold, traded or donated by the original owner/creator of the asset. Whoever buys an NFT takes ownership of that digital content, even though the artist may still retain the copyright.

As it is a single file (which cannot be replaced or exchanged), the values ​​of a token can be quite high, depending on its popularity. This is the case of the Bored Ape Yatch Club collection, chosen by Neymar. It only has 10,000 tokens, each of which is unique.

Artists who choose to create their own NFTs also work with the idea of ​​exclusivity to ensure asset price appreciation. The singer The Weeknd, for example, raised US$2 million (R$9.8 million) by selling unreleased music as non-fungible tokens. The singer grimes also sold exclusive digital works worth US$ 6 million (R$ 29 million).

Therefore, the idea of ​​valuing an NFT is very similar to what happens with works of art: the more exclusive, the more expensive.

Celebrities who are investing in NFTs

The list of celebrities who are investing in NFTs is quite long and varied. The actress Reese Witherspoonfor example, through his media company Hello Sunshine, has signed interesting NFTs deals to develop TV and film projects, while the mega-producer of the series Law & Order, Dick Wolfhas teamed up with NFTs platform Curio to launch an interactive storytelling project called Wolf Society.

Below, we list some of the top celebrities who are already involved with NFTs projects.

Web3 enthusiast Snoop Dogg is one of the biggest spenders on digital assets so far. According to a survey by the NFTClub on the most prominent celebrities in the NFT world, the rapper has a collection valued at US$ 19.3 million (about R$ 94 million).

In addition to launching his own collection last year, Snoop Dogg even collaborated with the creator of the token Nyan CaT, which sold in 2021 for the equivalent of more than R$3 million. He also owns NFTs from the CryptoPunks collection, with the most valuable token estimated at $4.6 million, as well as three monkeys from the Bored Ape Yacht Club collection.

No celebrity tops Mark Cuban. According to the NFTClub survey, the billionaire owner of the Dallas Mavericks team and star of the Shark Tank show has a portfolio of NFTs valued at more than US$ 500 million (about R$ 2.4 billion).

Cuban received a Bored Ape as a gift in May 2021 and, since then, he has invested in the NFT universe through the creation of his own gallery, NFT Lazy.com, as well as investments in Dogecoin and other NFT companies and cryptocurrencies.

Ellen DeGeneres is not creating her own hyper-valued collection of NFTs. She donated the more than US$ 33,000 (R$ 161,000) raised from the sale of two digital assets to the World Central Kitchen, an organization that helps fight hunger. One of the auctioned tokens was her own explanation of NFTs performed on The Ellen DeGeneres Show.

In February of this year, the comedian announced a partnership with the NFTs and cryptocurrency platform BlocPlace. The influencer created a collection of NFTs in video, photo and GIF formats from his participation in the Fight Music Show event, in which he fought four-time boxing world champion Acelino “Popó” Freitas.

DJ Steve Aoki is also a big enthusiast of the cryptocurrency and NFTs universe. He partnered with visual artist Antonio Tudisco to create Dream Catcher, an NFT that grossed over $4.29 million.

In interviews, Aoki says that the NFTs are here to stay and that they are “an opportunity to finally merge art, collectible culture and music in a way we’ve never been able to before.”

The influencer, through his company Play9, created 9Block last year, a 100% Brazilian platform with Hathor blockchain technology and focused on NFT transactions. The platform’s portfolio includes digital arts from different Brazilian artists to tokens from other famous artists, such as gymnast Rebeca Andrade.

After leaving BBB, Pedro Scooby also launched his collection of NFTs. The surfer put 30,000 digital assets for sale through the Idol-NFT platform. Of the total tokens, 20 bring exclusive benefits to fans, including dinners, parties and gifts with Scooby’s signature. The most expensive token, which entitles you to a trip with the former BBB, costs 15,500 matic, around R$90,000. The rest of the collection is made up of “common” tokens, which start at 124 matic (R$ 720).

Jack Dorsey, the former CEO of Twitter, proved that the social network itself can also be an NFT when he auctioned off his first tweet as a digital asset in March 2021. The message, originally posted 15 years ago, read “just setting up my twttr.” , and was sold for US$ 2.9 million (R$ 14 million). Dorsey donated the money to GiveDirectly, a charity that helps people in poverty.

The singer has already spent his millions to acquire tokens from the Bored Ape Yacht Club collection. Bieber paid US$ 1.3 million (R$ 6.3 million) for the purchase of the BAY #3001 token. At the time, the value was considered well above the market average, so the transaction is one of the largest in the NFTs market to date.

Football player Lionel Messi recently started his new journey through the world of NFTs by releasing his own collection called Messiverse. Created by renowned artist BossLogic, the initiative includes collectible arts and, on the first day of launch alone, sold a total of US$ 3.4 million (R$ 16.6 million).

For his farewell tour of the stage, the singer also joined the NFTs. The musician made 400 digital assets available to fans in the collection that bears the tour’s name: The Last Music Session. Those who purchased their NFT Ticket Pass will be entitled to a series of unique experiences during the tour. The first show, by the way, did not have the sale of common tickets, only the tokens. Each NFT in the collection costs R$1,200.

Beyoncé’s husband has a total investment of $711,000 in NFTs, with a comprehensive portfolio that includes the Cryptopunk #6095 token, and other assets from the RTFKT Cryptopunks Project.

Last year, the rapper also auctioned off his own NFT, a piece of custom digital art to commemorate the 25th anniversary of the debut album Reasonable Doubt. The token was sold for US$ 139 thousand (R$ 680 thousand).

Videogames entered his life in the late '80s, at the time of the first meeting with Super Mario Bros, and even today they make it a permanent part, after almost 30 years. Pros and defects: he manages to finish Super Mario Bros in less than 5 minutes but he has never finished Final Fight with a credit ... he's still trying.
Previous Tom Cruise is back single: the story with Hayley Atwell is over (for the second time)
Next unveiled the cryptic title, the logo and the release period of the sequel with Daniel Craig [FOTO]