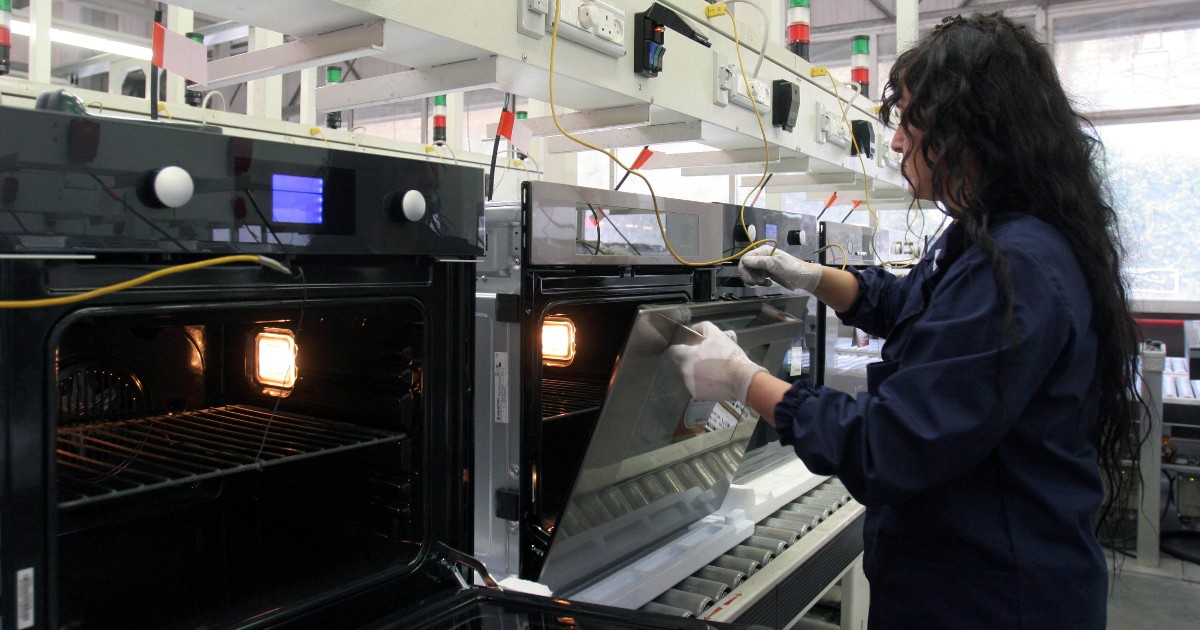 Whirlpool, “maxi-bonus to the manager if he disposes of sites by 2024”: the signal that alarms the 4 thousand workers and trade unions. “Government silent for months”

The worst clue came three days ago. A document published by MarketScreener it is almost a smoking gun and thickens very black clouds on the future of Whirlpool in Italy and in the Europe, Middle East and Africa area: the executive vice-president of the group and president of the EMEA area, Gilles Morelwill receive a cash bonus from 3 million euros if it will close the disposal of EMEA activities by June 30, 2024. The American multinational household appliances – over 4 thousand employees in Italy and that has already unscrupulously sent the site upside down Naples – then prepares to sell. And the time may be very near.

As he had anticipated Ilfattoquotidiano.it, the “strategic review” was launched in May, to be completed by 30 September. One month after that deadline, confirmed today by Whirlpool who nevertheless stressed that “no decision has been taken”, the news leaked about the bonus agreed with Morel alarmed the labor unions. And the same company reiterated that a update of the situation will come by the end of next month. If there is a transfer, it will be announced at that time, together with the results of the third quarter. While the government has been silent for over three months, despite the fact that the intentions of the American ownership were already clear in the spring and in the meantime the sale to the Turkish group has arrived Arcelik of the production of branded household appliances Indesit and Whirlpool in RussiaBelarus, ArmeniaGeorgia and the former Soviet republics.

“Female workers and workers can no longer wait,” she stresses Barbara Tibaldinational secretary Fiom-Cgil and household appliance manager, asking for a immediate call by the ministries of Economical progress he was born in Work. “The government must act in order to prevent further dismantling of our factories – he adds – We are preparing, from now on, to field the necessary ones mobilizations. Strike a shot ”. And also the Uilmthrough the national secretary Gianluca FiccoTalks about “indifference”“Myopia” e “Laxity” executive and politics.

The sale of the easternmost portion of Europe has already made the EMEA area less attractive for buyers: “What remains is weak – explains Tibaldi to Ilfattoquotidiano.it – In addition to Italy, Whirlpool has sites in Poland And Slovakia. The location of the two countries, among other things, lowers the chances of European coordination to avoid divestment “. For this i metalworkers of the CGIL they would have expected a position taken by the government: “Instead the executive has so far been non-existent”, attacks the national secretary of Fiom.

“Already in May, with the announcement of the strategic review, Whirlpool had basically hinted that it wanted to at least circumscribe the industrial perimeter. An intelligent government – says Tibaldi – would have called the American CEO asking for information ”. The scenarios are worrying and time is running out. Arcelik itself or Chinese brands such as Haier And Hisense. “And it would be a desirable goal. But Whirlpool has already said he might sell product lines or singles brand names. At that point he would shortly show up with operations already closedperhaps with unreliable investors, and the government will have its hands tied ”.

Hence the notice, starting with the first ministry involved, that of Economic Development led by Giancarlo Giorgetti: “After three unanswered lettersevidently serve the strikes. We will organize one in your constituency ”. The Northern League, among other things, would find the hot potato under the door of the house, given that one of the main production sites of Whirlpool is Cassinetta di Biandronnoin the Varese area, just 5 kilometers from its Cazzano Brabbia.

At risk there are thousands of other workers among Caserta, Fabriano, Siena And Commonality, in the province of Ascoli Piceno. “If a multinational makes it clear that it is ready to leave, workers cannot be left to talk. In this country there is no authority and there are no longer any industrial policies – laments Tibaldi – On Whirlpool as on Wärtsilä in Trieste as well as, having regard to dear energy and the specter of a very difficult autumn, on all the other industrial realities that decide to cut the rope, the current government and what will come have a clear concept: we will not wait layoffs And layoffs To protest. We will act first “.

The variety offered by video games never ceases to amaze him. He loves OutRun's drifting as well as the contemplative walks of Dear Esther. Immersing himself in other worlds is an incomparable feeling for him: he understood it by playing for the first time in Shenmue.
Previous Mercedes: new bottom and rear wing – Formula 1
Next “A pleasure to meet Mourinho and Dybala”