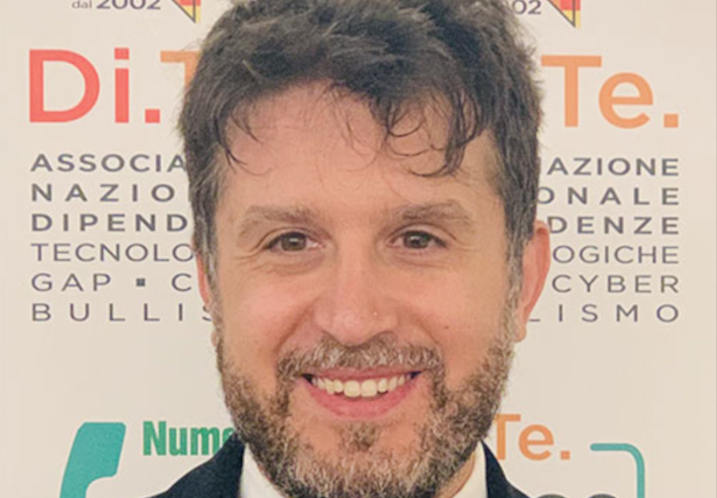 “Who put the smartphone in the kids’ backpack? The real problem is us parents”. We talk about it with Giuseppe Lavenia [INTERVISTA]

“Banning the smartphone is useless. If this is the case, what should be prohibited is improper use ”. Giuseppe Lavenia, psychotherapist and university professor, has clear ideas about the improper use of smartphones by our students, an aspect of a much wider problem that embraces the theme of digital addiction, cyberbullying and the social withdrawal of a growing number of adolescents and pre-adolescents.

“But who put the smartphone in the boys’ backpack?” Lavenia asks himself in a post on his Facebook page. The psychotherapist is a lecturer at the Polytechnic University of Marche and a teacher of Occupational and Organizational Psychology and Psychology of Technological Addictions for the Telematic University Ecampus and is also president of the Di.Te. association, which stands for Technological Dependencies: “The problem of smartphone abuse – he admits – is real. I have been talking about it through studies and research for over fifteen years, but a fake solution is being sought. We have given smartphones to very young children without a rule, we have made them digital since infants, we have exposed them to social networks, we have activated class groups on whatsapp since kindergarten, we send them online with the electronic register (because the we didn’t like the diary!) and when we arrive teenagers we seize his cell phone? Indeed, even worse, we do not have the strength and the courage to do it ourselves but we do it to someone else, to an institution like school. The school must train, not prohibit. The school must certainly teach students the conscious use of new technologies and social media but not be delegated to take away the digital tool from children “. And again: “The only thing that can really make a difference – Lavenia insists – is the culture of digital wellbeing but it must start from inside the home, with us parents. We adults have to offer them something different, for example a better quality of time when we are together with our children, or ask the school for a new didactic proposal, which fascinates them and brings them back on board in the path and learning. Therefore, taking the smartphone away from our teenage children today is a big mistake and distances us even more from them, from their world, from their identity, even digital. Before removing the mobile phone we should think twice and this thought should be done in the case before giving such a powerful and complex tool to children of 6/7 years “.

Professor Giuseppe Lavenia, meanwhile, that smartphone ended up on the counter and some executives found it very profitable to put it in a drawer instead

“I don’t understand why the smartphone arrived on the counter. It was not supposed to get there, on the counter, but not even in our boys’ backpack. The real problem is not the smartphone, but once again it is us, as parents. What kind of education are we giving our children? It seems anachronistic to me to remove a technological tool from one day to the next, because there is an executive who says let’s take it off. That executive is doing what we should have done. It is parental responsibility to set the rules. It is not that the headmaster is wrong in prohibiting, the problem arises when the rules come from the outside, instead they should come from the inside. When they come from the outside it is a defeat of the parents. I don’t understand why we give a complex instrument to younger and younger children. With mobile phones and their access to the network we are failing big time, as we are less and less able to say no to our children and expose them to risks, to images that are not within their reach. Our children live immersed in social networks where it is too easy to access terrifying photos and videos. These images do not respect any limits but we do not really do anything to protect them and possibly prepare for all this. We are capable of censoring instead of educating. We ban TV films to children under the age of 14 and circulate them between social media and messaging services from 6 years of age. But we have prepared them for these visions, are they ready to process what they see? The education of the gaze it must begin immediately, when that gaze is still in the making. And that doesn’t mean, of course, that children can see everything. They have the ability to process everything they have been prepared for through the support of us adults. Only in this way can we allow them to build their place as spectators in the online world, and beyond. The boy in himself is not a fragile spectator, but only a spectator who has not yet found his place. Educating them digitally, to gaze, is the way to contribute to this search for placement “.

What to do then?

“We have to get busy, it would be necessary to make a pact between parents, children and school to establish clear rules for entering the network and using the smartphone and the applications they can use, which must be linked to the age of the child. But there is no parental control over what their children use. Of course, digitization cannot be stopped but we cannot continue to be contradictory. We are sending contradictory messages to our children. On the one hand we say no smartphone, but on the other hand the world of school pushes them towards digital. The only solution is to introduce a digital license that starts from primary school, in the fourth or fifth class, and which allows you to get to the sixth grade prepared. We of the National Association Di.Te. we have created an app called Ok digital, a ten-week journey that the boy must do, but also the parent who gives away a cell phone. Once a week there is a questionnaire to check if the child and the parent have understood everything. If they pass the questionnaire, then the parent gives the device away. It is a path to be done in two, digital education must start from the question: are you, boy, are you ready? And you parent are you ready to dedicate time to your child? Because if I disappear from my son’s online life there is a risk ”.

Do you see this idea feasible in practice?

“Yes, in recent years I have seen a change on the part of the institutions, alas on cases of addiction Hikikomori: here the figures are increasing. From January in Lucca we will have a structure for minors, accredited by the National Health Service, and which will deal with technological addictions, voluntary social isolation, precisely the phenomenon Hikikomori. It is an absolute novelty in Italy. Many families will be able to help free of charge. After all, the numbers have exploded ”.

“The blocks are now 200,000. And then there are the growing data relating to eating disorders and it is significant that a large part of the psychologist bonus has been requested by people under the age of 30. For the National Day on Psychological Addictions and Cyberbullying this year we are organizing events with digital children and adolescents. We will try to address the issues not only from a psychological point of view but also from a fiscal point of view – I am referring to damage to the skin, posture, sight – to understand the risks of excessive use of the smartphone and the network. The children can follow the day at a distance and we already have twenty thousand presences booked by the school ”.

Covid will have had many responsibilities on this whole scenario

“Covid has increased all the data we already had available before the pandemic, and what we have seen are hours of internet use, sharing of sexual images, creation of pro anorexia and pro bulimia groups. Everything has increased and very little has been done to help children during the pandemic. Our association is a partner of a film on these issues which is called Bad boys and which will be released on November 3. You talk about Covid, how the kids experienced Dad and a case of cyberbullying. And how a professor (in the film he is played by Beppe Fiorello) builds a relationship with the bully and sees in him the possibility of helping him. This is the first time a film tells how the boys lived this period “

What was the school supposed to do, and what did it not do despite the best efforts?

“Put yourself in their shoes. Instead these kids received contradictory messages: yes mask, no mask, we’re-we’re not in school, and all in addition to the problems that were already there. Kids who had never had a technological tool in their hands were initiated very early and got used to the use of technologies and the fascinating power that screens and the network have, Consider that all social and messaging services are based on the reward principle: every time we post and send a message, a neurotransmitter called dopamine. It is activated when we are waiting for a response – which we do not know if it will be good or bad – and then we will associate the response with something positive. Apparently it makes us feel better, like gambling: it is the wait that activates dopamine, which gives us a positive feeling even if the answer will not be nice. It is the same thing that happens with the use of cocaine: but how many parents know about these processes? “

What can teachers do with their pupils now?

“I would say to the students: You have your smartphone in your hand. Can you explain to me how your day went online? How is your life online e not just the offline one? Getting informed means taking care of that part of the digital identity that is formed in students. They spend eight hours of their time online and we can’t pretend we don’t know. The real issue is that in order to form a relationship must be created, so we must make a change, reduce the digital distance between teachers and children so that it does not also become relational distance.

The variety offered by video games never ceases to amaze him. He loves OutRun's drifting as well as the contemplative walks of Dear Esther. Immersing himself in other worlds is an incomparable feeling for him: he understood it by playing for the first time in Shenmue.
Previous Covid19, Opi Firenze-Pistoia asks for the abolition of the health vaccination obligation
Next “Ronaldo has upset Juventus’ plans, I hope Exor will pursue a policy focused on young people”