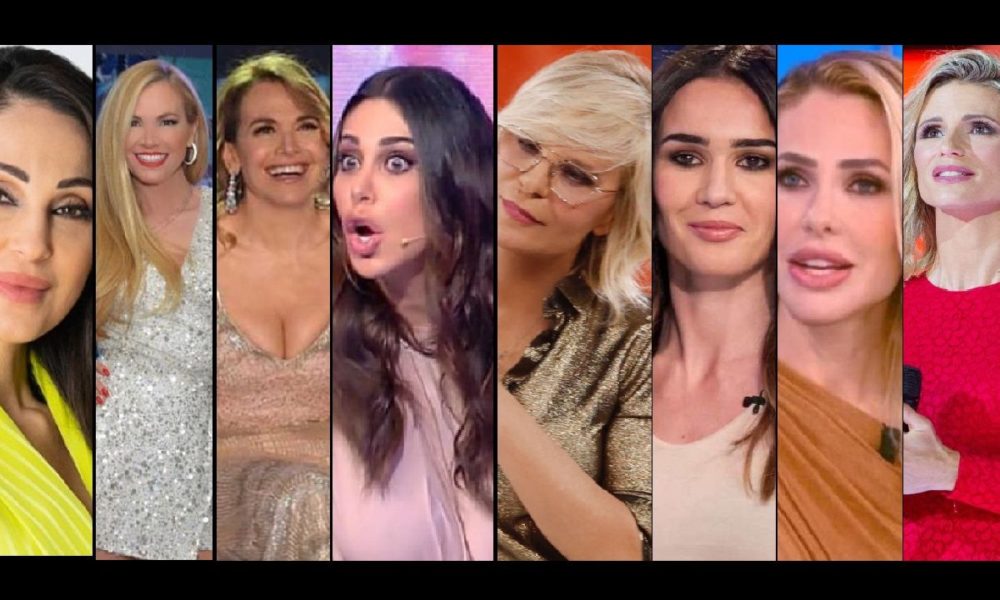 who really smiles and who doesn’t

Of course, by the time the Mediaset schedules, we tried to give everyone importance and, even where there have been some downsizing, we tried to conceal the issue. Starting from this premise, the question that arises is: in the end, who smiles and who doesn’t among the big names of the Biscione? Otherwise said, who has really gained ground and who has reaped a meager booty?

Gerry Scotti and Paolo Bonolis will still be the kings of quizzes, with the latter also returning with Hi Darwin. No scaling for the two conductors. They also smile Pio and Amedeo who will again be protagonists with Emigratis And Happy Evening. Then there is Alfonso Signorini to which the GF Vip. The journalist will keep the public company for many months with the seventh edition of the reality show.

Chapter conductors, ie those who cover most of the schedule of the flagship Mediaset network. Maria De Filippi she remains the undisputed queen of commercial TV, even though she has seen a couple of her projects being archived. Last stop And Temptation Island have not been confirmed. Instead, they’ll be back on the air Men and Women, Tu si que vales, There is mail for you And Friends of Maria De Filippi. In addition, the production company of Maurizio Costanzo’s wife, La Fascino, will produce the reality show The mole (who will lead the program yet to be decided).

Question Barbara d’urso: Pier Silvio Berlusconi dispelled any doubts about his contract, stating that the Campania presenter will be a Mediaset face also in the coming years. At the starting line for the 2022/2023 season, he is at the helm of only one program, Afternoon Five (will not be repeated The Pupa and the Nerdy with his guide). Berlusconi has hinted that along the way D’Urso could be enlisted for other projects. Right now, though, she only has one show, which means there’s been a downsizing. On the other hand, the range of action of the Neapolitan was already drastically reduced a year ago, when Live – Non è la d’Urso and Domenica Live were closed.

Silvia Toffanin instead, it continues its rise: Verissimo will be proposed again with the double weekend appointment. The numbers of last season were excellent, hence the obvious reconfirmation. There are also rumors of a top secret project relating to a prime time program to be presented in tandem with Ilary Blasi.

About Totti’s wife: The Island of the Famous she will come back again next year and most likely she will lead it. Nothing to do instead for Star in the Star, which flopped last year. For her, therefore, for now, only one program.

Michelle Hunziker, thanks to the excellent ratings, he will see his ‘enlarged’ Michelle Impossible (the one woman show in two episodes airing in spring 2022) which will be in the “Friends” version with the aim of celebrating the careers of well-known personalities. No trace instead of All Together Now in the schedules. However, the Hunziker remains a leading face of Canale Cinque.

Who, on the other hand, will increase their range of action is Federica Panicuccireconfirmed a Morning Five and promoted to the leadership of Back to School in place of Nicola Savino, in prime time on Italia Uno.

He also smiles Belen Rodriguez which was reconfirmed a Hyenas and should rejoin the cast of Tu Si Que Vales. Anna Tatangelo also keeps her commitments: Scenes from a wedding it will also be repeated in the next television season.

David Martin is the lead editor for Spark Chronicles. David has been working as a freelance journalist.
Previous Netflix, the best new movies to see this July
Next together again for a movie

Noto – Madonna has once again chosen Italy to celebrate her birthday. After Puglia, and …