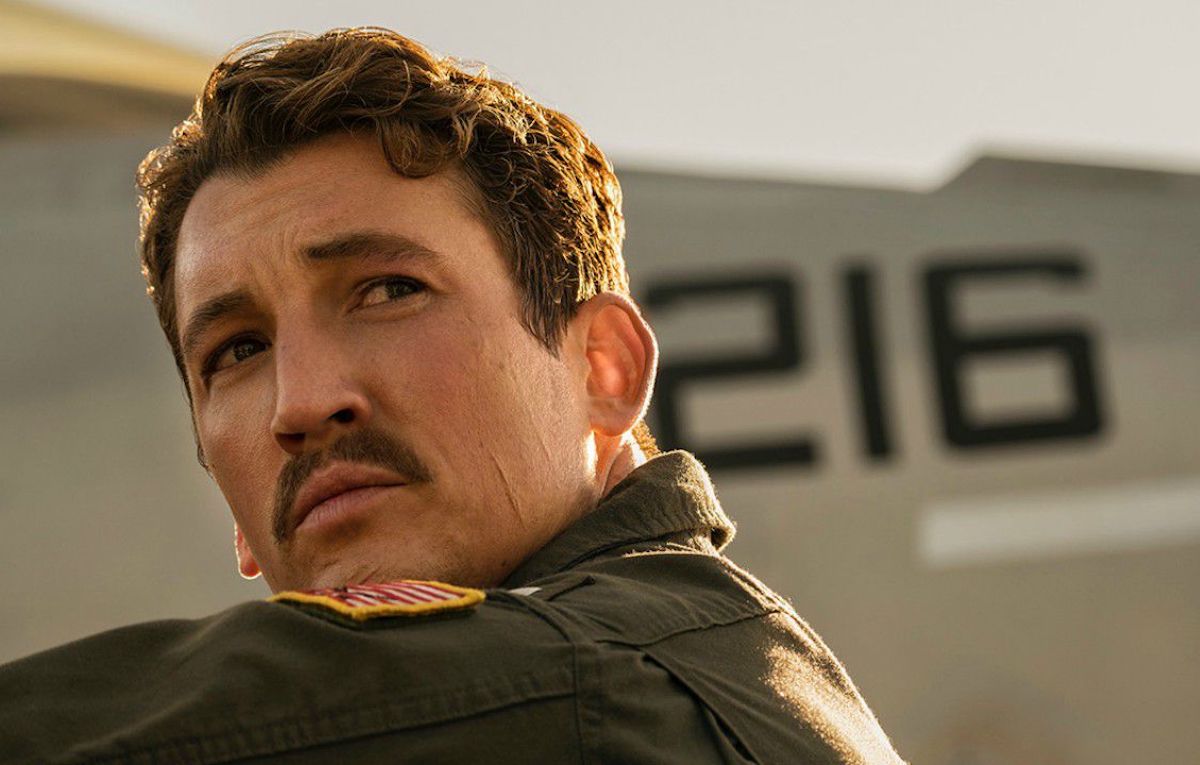 Whenever a portrait of Miles Teller comes into my hands, the famous 2015 interview by Anna Peele on Esquire in which he is given without too many half measures of the asshole. I do not know how many have bothered to read it in its entirety, but in case you are not among them I will advance it to you: it is bordering on embarrassing. And not Teller’s fault. Peele begins: «You’re sitting across from Miles Teller at the Luminary restaurant in Atlanta and you’re trying to figure out if he’s a jerk. You just told him, to make conversation, that according to legend the glass of champagne in your hand is shaped like Marie Antoinette’s left breast. ” Now, I don’t know how many have found themselves in front of a perfect stranger who thinks well to start a chat discussing boobs, but the good Miles does not allow himself to be intimidated and formulates a textbook answer: ” highball glass (cylindrical glasses, long and wide, usually used to serve gin and tonicnda) are modeled on the shape of my cock “.

And again: «You ask him about his hair, since he brought out how beautiful it is in more than one interview. He’s a bit defensive, like he’s making peace with the fact that he’s not the prettiest guy in any movie he’s starred in (…) The nose is crooked, the lids plump, the chin soft, the cheeks flushed. He’s right: he has nice, thick hair. He is tall and muscular with a nice tan. He’s handsome, a good-looking guy who shouldn’t know, who should believe commentators, too bad he’s dating a 22-year-old model / aspiring stylist / girlfriend who he believes is seductive enough to get Teller’s initials tattooed on her perfect ass. “. Two automatic thoughts: what would have happened if there had been a woman instead of Miles Teller? Would Peele have had the courage to use the same words and the same approach? But also: if one celeb realizes that she is dealing with a poor interviewer, shouldn’t she be allowed to treat him as such? 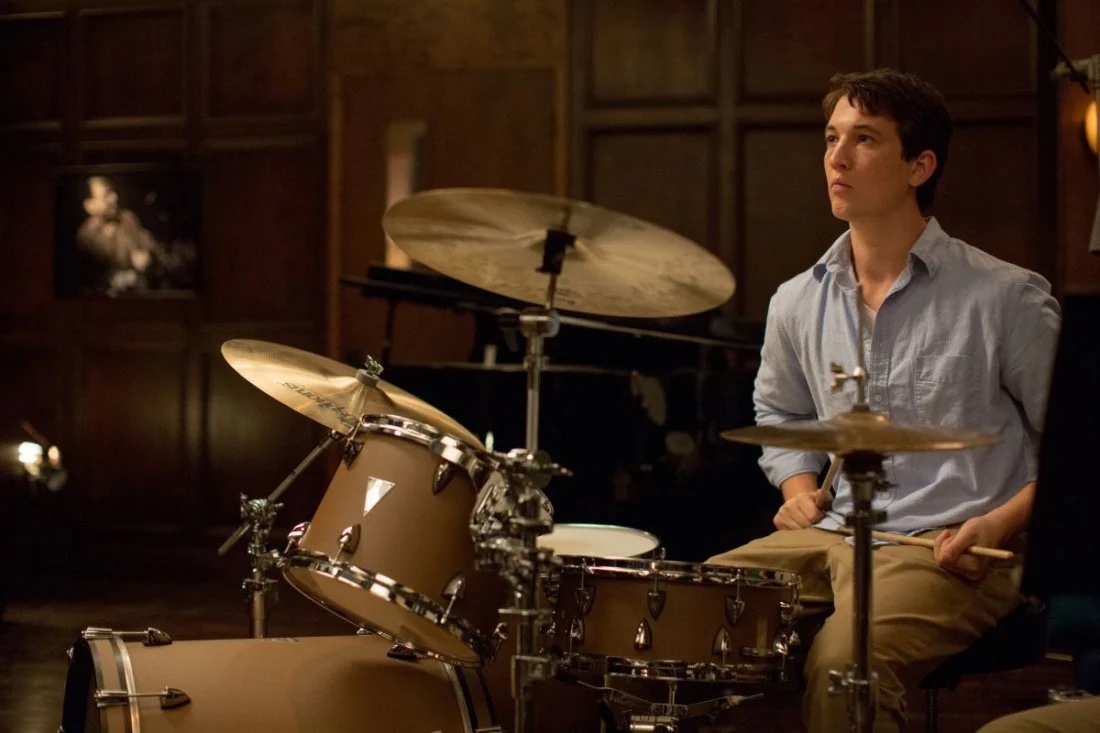 Closed parenthesis: Miles Teller is a good one, has a thousand and more talents, has a sexyssima voice, maybe he’s an asshole, maybe not, but we don’t care. Born in 1987 in Downingtown, Pennsylvania, he has Jewish, Russian, English, Irish, Polish and French origins. As a young boy he learned to play the saxophone, drums, piano and guitar, graduated in Visual Arts from New York University’s Tisch School of Fine Arts and studied Method at the Lee Strasberg Theater and Film Institute. He cuts his teeth in a few short films, and in 2010 comes the big break with Rabbit Hole by John Cameron Mitchell, alongside Nicole Kidman and Aaron Eckhart: Teller will then tell with a certain tenderness that he was so intimidated that he barely got through the first scene with the latter. Then comes the remake of Footloose by Craig Brewer, The Spectacular Now together with Shailene Woodley, A birthday of lions by Jon Lucas and Scott Moore, and in 2014 Damien Chazelle knocks on the door, who wants him in Whiplash in the role of young jazz drummer Andrew Neiman, bullied by the inflexible and ruthless conductor Terence Fletcher (a JK Simmons who in 2015 will win the Oscar, the Golden Globe and the BAFTA for best supporting actor).

Also in 2014 he is in the cast of the lucky one Divergent by Neil Burger, as well as subsequent sequels: Insurgent (2015) and Allegiant (2016), both by Robert Schwentke, where he shares the scene with Shailene Woodley, Theo James and Zoë Kravitz. In 2015 Teller was not even thirty years old, he was overwhelmed by a sudden success and from time to time he lets off some bluster, to the point of conquering the fame of the bully asshole (his tweet in response to Peele’s article: “I don’t think there’s anything cool or funny about being an asshole or a jerk”). Put that into it, put that into it that it doesn’t seem to hit a film anymore (the reboot of Fantastic Four, Get a Job, Traffickers, Bleed – Stronger than fate, Fire Squad – Nightmare of Fire And Thank You for Your Service: one more forgettable than the other), let us say that Chazelle – despite the initial interest – prefers Ryan Gosling for the part of Sebastian Wilder in La La Land: moral, almost everyone takes it for granted, one whose career is dead in the bud. 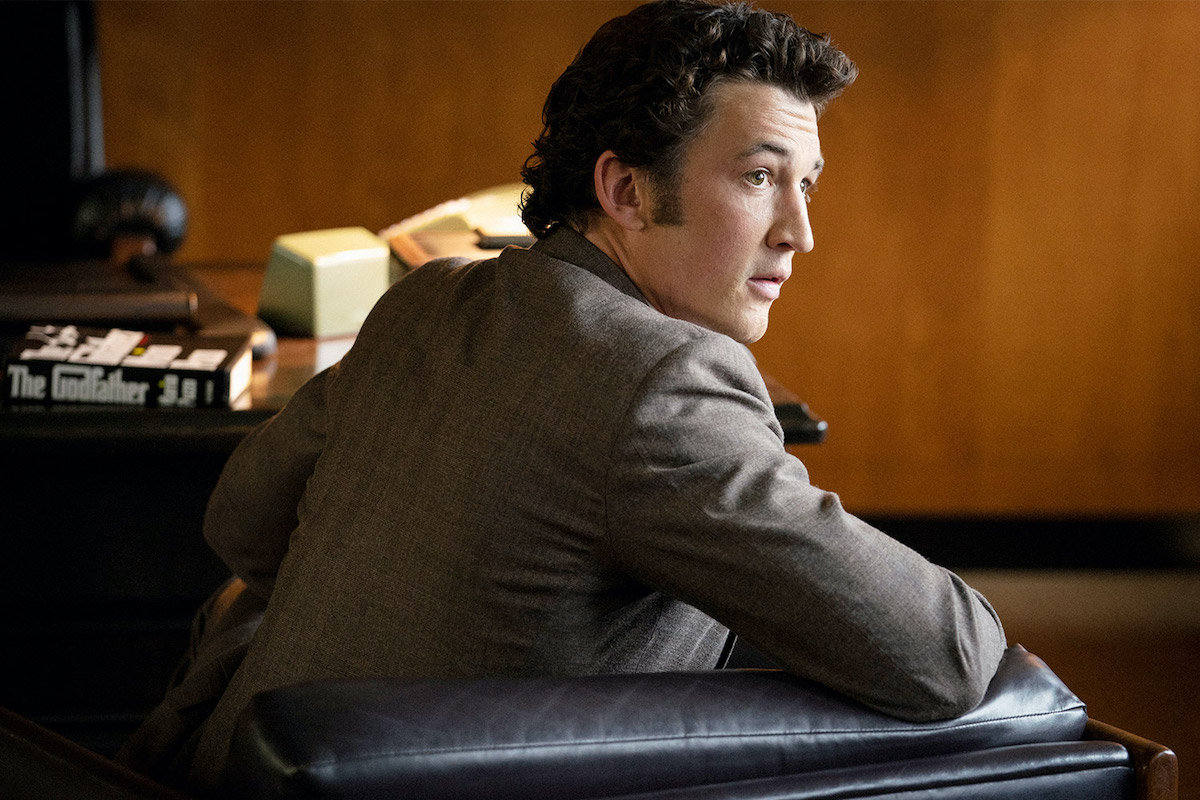 Miles Teller is the producer of the ‘Godfather’ in the miniseries ‘The Offer’, still unreleased in Italy. Photo: Paramount +

An interview on Vanity Fair, and he, as a wounded but shrewd man, weighs the words well: «I firmly believe that everything happens for a reason. I’m happy that Damien made the movie he wanted to make. I am not envious of good reviews: there are films that have been badly reviewed that I still care about. Once you start to feel envious of the recognition of others, the recognition you will receive will never be enough ». Hollywood seems to rethink it: maybe he’s not a total jerk, maybe he was (is) a little boy a little unprepared to manage the limelight. Meanwhile, Teller is in Nicolas Winding Refn’s miniseries Too Old to Die Youngreleased in June 2019 on Amazon Prime Video and received with extremely discordant opinions from critics and the public, after which it disappears for three years, only to return in 2022 in a form that is nothing short of dazzling.

The former (alleged) asshole scores three hits one after the other: first The Offera miniseries created by Michael Tolkin and distributed by Paramount + which tells the story behind the production of the Godfather, in the role of legendary producer Albert S. Ruddy. Then in the most difficult part, that of Bradley Bradshaw known as Rooster, son of the Goose who died on a mission alongside Pete “Maverick” Mitchell (Tom Cruise) in the very successful Top Gun: Maverick, sequel to the 1980s cult by Joseph Kosinski who is the all-time star of this hot post-pandemic summer. Finally, in the film that reached the top of Netflix’s world charts only one day after its release, that is Spiderhead (again directed by Joseph Kosinski), thrillerone opposite Chris Hemsworth. Three very different performances in which he demonstrates a disconcerting skill, with that vaguely old Hollywood face of him, the scars on his cheeks and neck, a reminder of a 2007 car accident that no, he did not want to erase.

Everyone worships him, everyone desires him, everyone has forgotten the swashbuckling Miles Teller he compared highball glass to the shape of his pea: the press and the public ignite with the same ease and speed with which they are indignant, because the problem still lies in our inability to separate the individual from the artist, the talent from the declarations, the skill to do their job from personal slips. Perhaps, in hindsight, Anna Peele could patch up the ruinous interview today Esquire asking him just this: how do you rise again when you no longer have credibility and the world considers you a half-ass, giving you up for dead? I bet my two pennies that Teller would appreciate this more than a question about his hair: maybe he would show a middle finger, but he would certainly appreciate the commitment.

David Martin is the lead editor for Spark Chronicles. David has been working as a freelance journalist.
Previous Only Murders in the Building – season 2: review
Next “Only murders in the building”: the ramshackle New York detectives are back