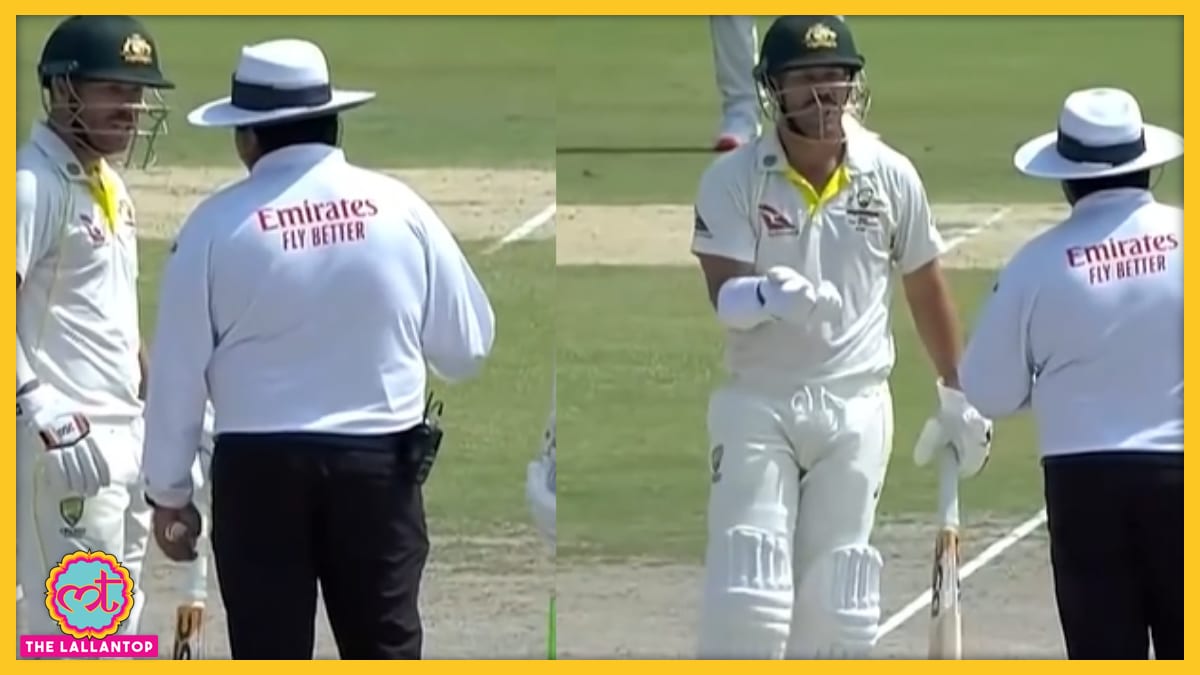 Why did David Warner ask the umpire for the rule book in the running match?

David Warner. Australia’s opener batsman. Warner, who is usually in a fun mood, was seen engaging with the on-field umpire during the Lahore Test. David Warner looked so angry that he started telling the umpire on the middle ground that you have to show me the book of rules of cricket.

But why did Warner say that? Let us tell you that this matter is of the 21st over of Australia’s second innings. After the fifth ball was bowled, on-field umpires Ehsan Raza and Aleem Dar came to Warner and warned him not to run on the pitch. It was alleged by Ehsan Raza that Warner was deliberately spoiling the pitch for the fourth innings to create a rough area and later help the Australian spinners in the turn. As soon as umpire Ehsan Raza gave a warning to Warner. Warner chuckled with anger. A fierce argument ensued between the two. During this, the talks of Warner and Ehsan Raza were recorded in the stump mic.

In which Warner was heard saying from the umpire,

‘You want me to play my shot like this?

To this umpire Ehsan Raza said,

On hearing Raza, Warner got furious and said,

‘Show me the rule book, where is it that what should I do? I won’t start the game until you show me.

However, the matter was later cooled. There was talk between Pakistan captain Babar Azam and David Warner. Babar Azam also forbade Warner to go into the danger zone. And after a while the game started again.

Let us tell you that David Warner scored 51 runs in the second innings of the Lahore Test. He was clean bowled by fast bowler Shaheen Shah Afridi. Umsan Khawaja scored an unbeaten 104 for Australia. At the same time, Marnus Labuschagne played an innings of 36 runs. Australia declared the innings after scoring 227 runs. And set a big target of 351 runs to win in front of Pakistan. In reply, by the end of the fourth day’s play, Pakistan had scored 73 runs without losing a wicket.

IPL 2022: What will David Warner, Virat Kohli do this season?

Videogames entered his life in the late '80s, at the time of the first meeting with Super Mario Bros, and even today they make it a permanent part, after almost 30 years. Pros and defects: he manages to finish Super Mario Bros in less than 5 minutes but he has never finished Final Fight with a credit ... he's still trying.
Previous Expensive Blonde, the trendy hair color for spring summer 2022
Next IPL 2022: Gujarat captain Hardik Pandya will open..! Shubman Gill gives hints – Gujarat Titans Captain Hardik Pandya Open with Shubman Gill in IPL 2022 GT vs LSG Match Updates tspo

Juventus are ready to restart, they will do it tomorrow at home against Sassuolo, a …