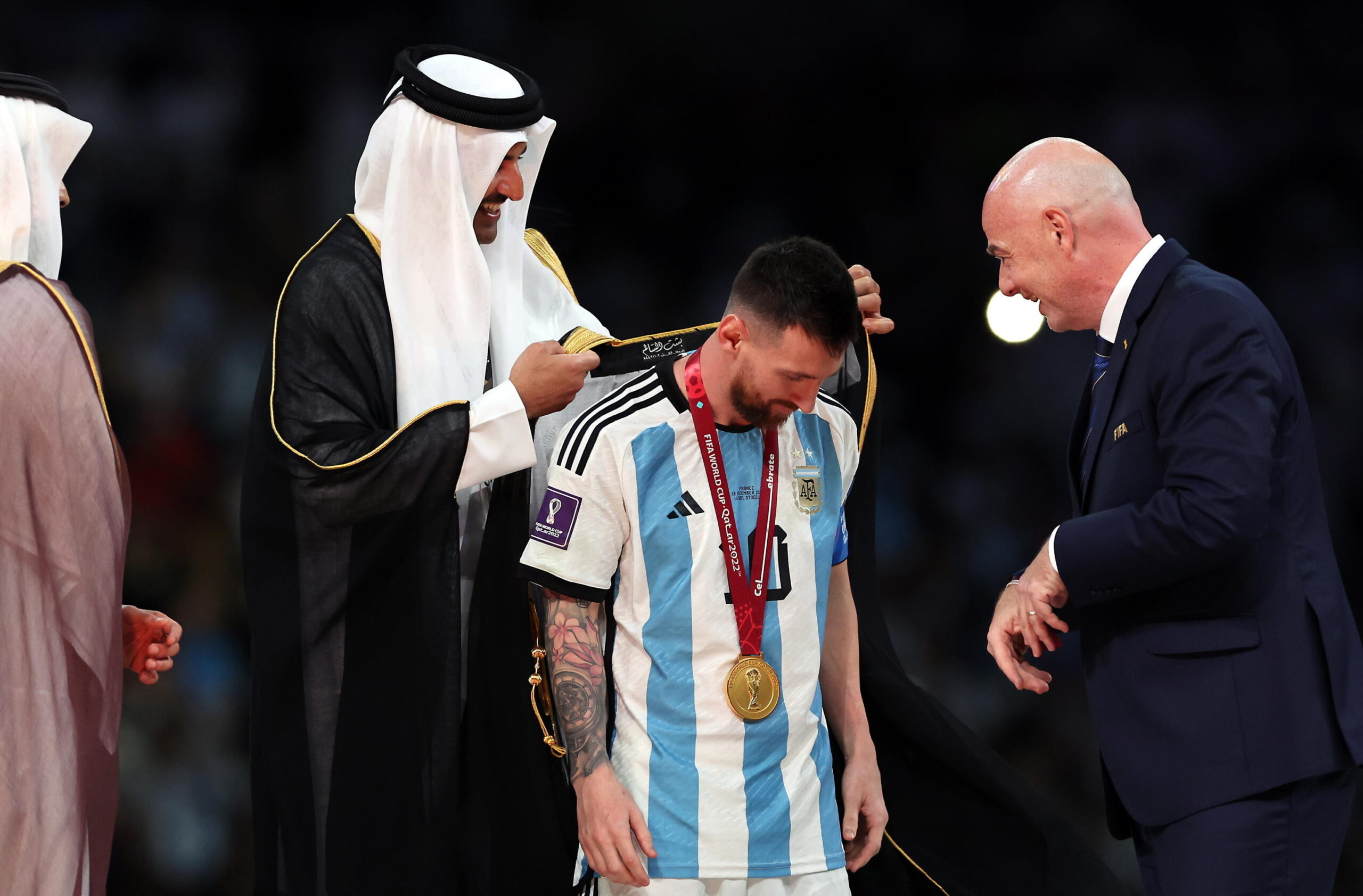 Why Messi wore a cape at the World Cup awards: what is Bisht and what does the Emir of Qatar have to do with it

In yesterday’s prize-giving ceremony, December 18, Lionel Messi found himself having to put a black dress passed by the Emir of Qatar Tamim bin Hamad Al Thani. The champion thus raised the cup wearing a traditional Qatari jacket. And the controversy on social media began. The debate has split between those who argue that it is an act of respect for the player and those who see it as a gesture of arrogance and power. The suit worn by Messi during the World Cup awards is a bisht, a traditional cloak of the Persian Gulf – typically male – which symbolizes prestige, royalty and wealth. In fact, prominent men usually wear it Qatar.

What is a Bisht and why has it caused a stir

A cultural symbol who soon became a protagonist of the World Cup, but amidst many controversies. Starting with the former Argentina defender Pablo Zabaleta who commented on the story saying: «I only wonder, why? Because? There was no reason to do it.” As well as the English coach Alan Shearer: “I didn’t think either that Infantino would let him do it.” And even on social media, the public is divided. “Shamelessly, Qatar has gone so far at a time like this,” writes one user. But there are also those who see it as a gesture of respect. “The bisht it is worn by warriors after a victory. the king of Qatar wanted to honor Messi,” writes another. He also joined the debate Tlon which defines the gesture questionable. For multiple reasons.

A symbolic dressing to manifest power

First of all, Emir Al Thani «forced the strongest footballer in the world to submit to a symbolic dressing apparently not agreed, for the sole purpose of demonstrate their effective power over football (just look at how far he continued to go after giving the cup to the captain) and on the world economy». What infuriates users is that by covering the shirt of theArgentina we wanted to send an economic-political message. But not only. Although there have been comparisons between Maradona and Messi on the pitch, this gesture seems to have drawn a distinction between the two: «The former – explains Tlon – is against Fifa and against power and has often stood against us, paying dearly for his stubborn and contrary direction. The second, on the other hand, that power has often indulged him”.

David Martin is the lead editor for Spark Chronicles. David has been working as a freelance journalist.
Previous The Woman King is a film that is simply wrong – the Esquire review
Next Amber Heard and Johnny Depp: agreement reached, the case is closed