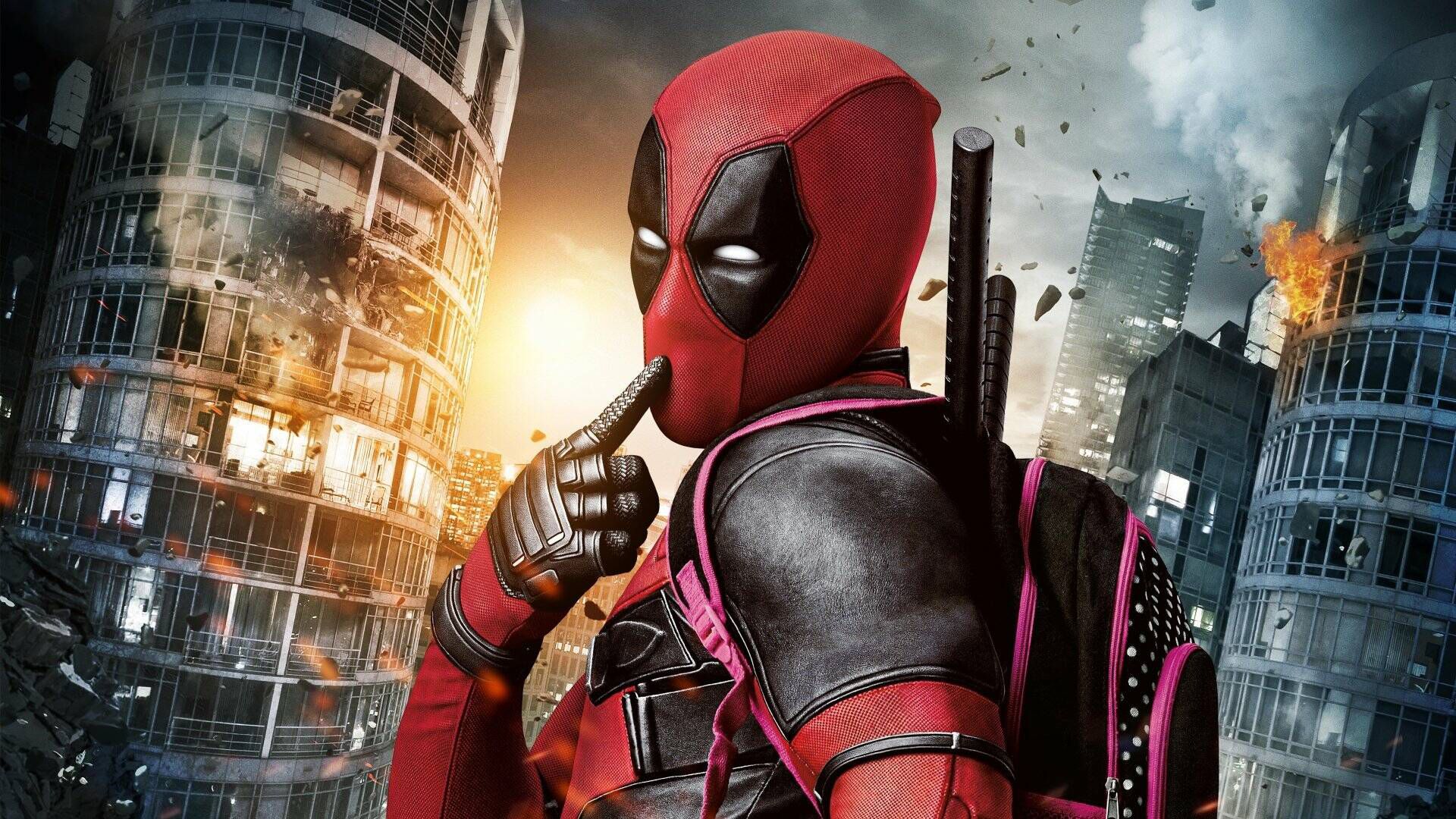 Will Deadpool 3 be the end of the Marvel Multiverse? Rumors explained

Deadpool 3 exists, and that is already enough to send fans of the chatty mercenary into raptures, left dry-mouthed by now since way back in 2018, when Deadpool 2 came out at Cinema. The third chapter of the series dedicated to the Marvel superhero has been in the works for some time now, and we already know its writers, director and producers. Only recently, however, have the rumors about the new Disney and Marvel project started making the rounds again on the web, also thanks to the announcement of the return of Hugh Jackman as Wolverinewhich is supposed to accompany Deadpool on his adventures for the MCU and which blew up thehype for the movie.

Let us therefore try to extricate ourselves from the numerous rumors and leaks surrounding the film of the House of Ideas arriving November 8, 2024 at the cinema, shedding light on what we can expect from Deadpool 3, which characters will make an appearance and what could be the plot of the production debut of Ryan Reynolds’ hero in the Marvel Cinematic Universe.

A road movie in the Multiverse

Let’s start from what we know for sure: in addition to Deadpool, whose presence is taken for granted, Wolverine will also be in Deadpool 3, which will be played by Hugh Jackman. A novelty that brings with it a series of not insignificant implications: first of all, Ryan Reynolds himself explained that Deadpool 3 will respect Logan’s ending, which concluded Wolverine’s parable with the death of the X-Man in the arms of Laura Kinneymutant better known as X-23 in the Fox mutant universe. In other words, Wolverine didn’t magically come back to life: the one played by Hugh Jackman is a character who, in his universe of origin, is already dead and has completed his narrative arc. But then how was it possible to insert Logan of Fox in the new film on Deadpool? The answer is that the Multiverse makes everything possibleand probably the version of Wolverine that we will see in Deadpool 3 will be taken from a moment in the timeline of the Fox universe prior to the events of Logan, or from another universe, in which, however, the character maintains the same appearance as the Fox counterpart: nothing too strange, especially if we consider that even the Earth-838’s Professor X is the same as Fox’s, as he is always played by Patrick Stewart. More: it is possible that even the Wolverine that we will see in Deadpool 3 comes from Earth-838, where the events of the mutants seem to have experienced a very different evolution from that of the Fox universe. But for now the latter is speculation without any solid proof.

What the statements of Ryan Reynolds and Hugh Jackman seem to imply is that Deadpool 3 will be the last Wolverine movieor at least the Wolverine that we have come to know and love in recent years. In other words, don’t expect the MCU variant of Weapon X to be the same as the Fox world, because you might be disappointed. Another confirmation, this time coming from Hugh Jackman, is that Deadpool 3’s Wolverine will be angry, or at least he will be much more angry than Logan’s: in short, more action scenes, even gory, for a film that we already know won’t necessarily be suitable for everyone. Jackman’s statement therefore claims the maintenance of the “Deadpool style” after the transfer of the IP to Disney but, perhaps, also represents a first official indiscretion on the plot of the film, which we will return to shortly. Still with regard to Wolverine, then, we know that the character was part of Deadpool 3 right from the first draft of the script: the confirmation, which comes directly from Ryan Reynolds, means that the role of Logan will not be that of a generic supporting actorreplaceable with other X-Men, but will be rooted in the plot of the film itself.

This requires us to talk about how the events of deadpool 3 will evolve, which could present a much more interesting story than expected, especially for its positioning in the MCU. So far it has been the belief of Marvel fans that Deadpool 3 would have been at the limits of the MCU, or that he would have been part of it but without touching the central nodes of the scaffolding of Phases 5 and 6 of the Marvel saga. Recently, however, things seem to have turned out very differently, thanks to an avalanche of interesting rumors and indiscretions. The first is that according to which Mobius will be part of the film with a supporting role: Owen Wilson’s character’s ties to Loki, Kang and the TVA are enough to make us speculate that Deadpool 3 will be fully in the MCU, and that indeed it will revolve around the disintegration of the Multiverse triggered by the killing of the One which Remains in Loki. It is therefore no coincidence that, according to some leakers, Deadpool will visit various universes in the Marvel world: the well-informed speak of theincluding the Fantastic 4 and X-Men Fox in the film, possibly as “alternative universes” within the Marvel Multiverse. In other words, Deadpool 3 will be a road movie which will see the chatty mercenary and Logan engaged in a series of raids in the Multiverse for a reason still unknown. This would allow for fully fit Deadpool 3 into the MCU without bringing the character into contact with the heroes of Earth-616: an excellent compromise for the first appearance of the character in a Disney film.

In the 2012 comic book run, whose title is pretty self-explanatory, the chatty mercenary travels the universe (not the Multiverse, mind you) leaving behind a trail of the dead, ranging from the Fantastic 4 to the X-Men and Spider-Man. Man a Black Panther. Obviously, adapting such a story to film would be impossible, if only because doing so would rob the MCU of half its cast. But if instead of a single universe we considered several, things would change a lot. To be clear, the film would draw heavily from the confrontation between Scarlet Witch and the Illuminati in Doctor Strange in The Multiverse of Madness and would replicate it on a multiversal scale. Moreover, according to another rumor, among the teams that will take part in Deadpool 3 there will be the Fantastic Four (in the version of the Fox films), which, in the original 2012 comic, are the first to succumb to the hands of Deadpool. In short, the next adventure of the chatty mercenary could be much more violent and full of fan-service than expected, with references to Marvel’s “renegade” past in the cinema.

The latest rumor that has emerged in recent weeks is that Deadpool 3 will have a female villain. Who it will be is not known, even if for the scooper Daniel Ritchman it will be one woman between 30 and 50 years old with good comic skillsand that she will be the “main enemy” of Deadpool and Wolverine, indicating that the film will feature other minor villains along the way. At the moment it is not even clear if there is already a completed casting of the actress or if it is still in progress (even if many fans are spending on the name of Blake Lively, wife of Ryan Reynolds). However, it is difficult to understand how a female villain could have a role in a film based on Deadpool Kills the Marvel Universe: in the original comic run, in fact, the real villain, beyond Deadpool himself, is Psycho-Man, pseudonym of Dr. Benjamin Brighton, who manages to do the brainwashing the chatty mercenary and to convince him to kill all the superheroes of the Marvel world. Even if you decide to use the 2017 “spiritual sequel” Deadpool Kills the Marvel Universe Again as a reference run, thinking about the involvement of a female villain is quite complex.

The inclusion of a female super-villain, in other words, suggests that while based on the 2012 comic series, Deadpool 3 will be taking a lot of creative liberties in terms of plot. Which is good, because the film will have to deal with several storylines still to be concluded: in particular, it is probable that the film was also designed to give a worthy conclusion to the narrative arcs of Fox’s X-Men and the “first ” Fantastic 4, ahead of theirs return to the MCU during Phase 6 and Phase 7. Not only that: surely Deadpool 3 will be linked to the Incursions, which already in Doctor Strange 2 have turned out to be the consequence of dreamwalking and the cause of collisions between universes. If indeed Deadpool and Logan were to wander between Earths, their actions will have major repercussions throughout the Multiverse. At this point, one question can only arise: is it possible that it is precisely Deadpool’s continuous incursions into the Multiverse that generate the latter’s definitive collapse on himself? The hypothesis does not seem so improbable, especially if we consider that Deadpool 3 will come to the cinema a less than a year since Avengers: The Kang Dynasty.

David Martin is the lead editor for Spark Chronicles. David has been working as a freelance journalist.
Previous Nicole Kidman, unrecognizable thanks to the most surprising look in her history
Next Test Drive Unlimited 2 PC Game Download Full Version