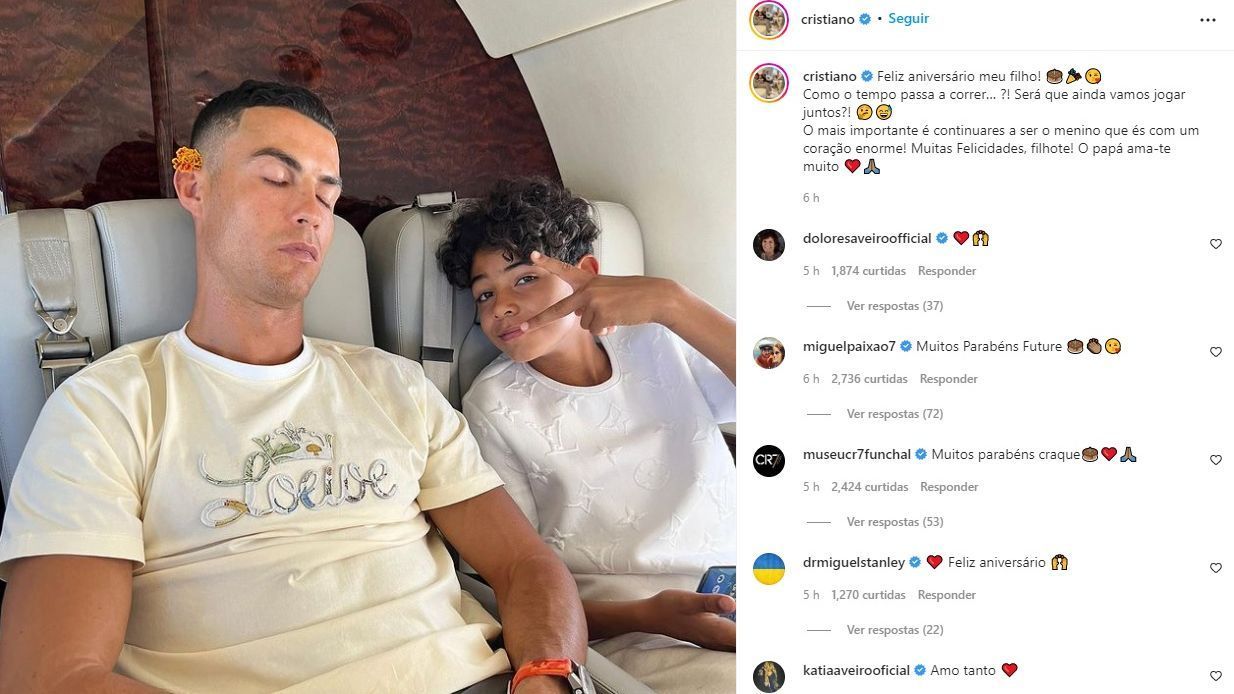 ‘Will we still play together?’

In the post, the star of the Portuguese team surprised and left in the air the possibility of continuing to work professionally until both can play together.

“Happy birthday my son! How time goes by… Will we still play together?!”, wrote CR7.

“The most important thing is to continue being the boy you are, with a huge heart! Best wishes, puppy! Daddy loves you very much”, he added.

Cristiano Jr. is 12 years old and currently plays for Manchester United’s under-12 team.

Cristiano senior, in turn, is 37 years old and has a contract with the red devils until June 2023.

In recent interviews, the player has avoided talking about retirement and has never officially confirmed when he wants to hang up his boots.

In February of this year, for example, he said he believed he could still perform at a high level for another five years.

If he can fulfill that, he would have a chance to play with Cristiano Jr. when the child is 17 years old, if the boy actually pursues a career as a professional athlete.

Videogames entered his life in the late '80s, at the time of the first meeting with Super Mario Bros, and even today they make it a permanent part, after almost 30 years. Pros and defects: he manages to finish Super Mario Bros in less than 5 minutes but he has never finished Final Fight with a credit ... he's still trying.
Previous Tela Quente: Globo shows the movie ‘O Dia Do Atentado’ this Monday (20/06/2022)
Next star to Jon Favreau, Ludacris and many more!