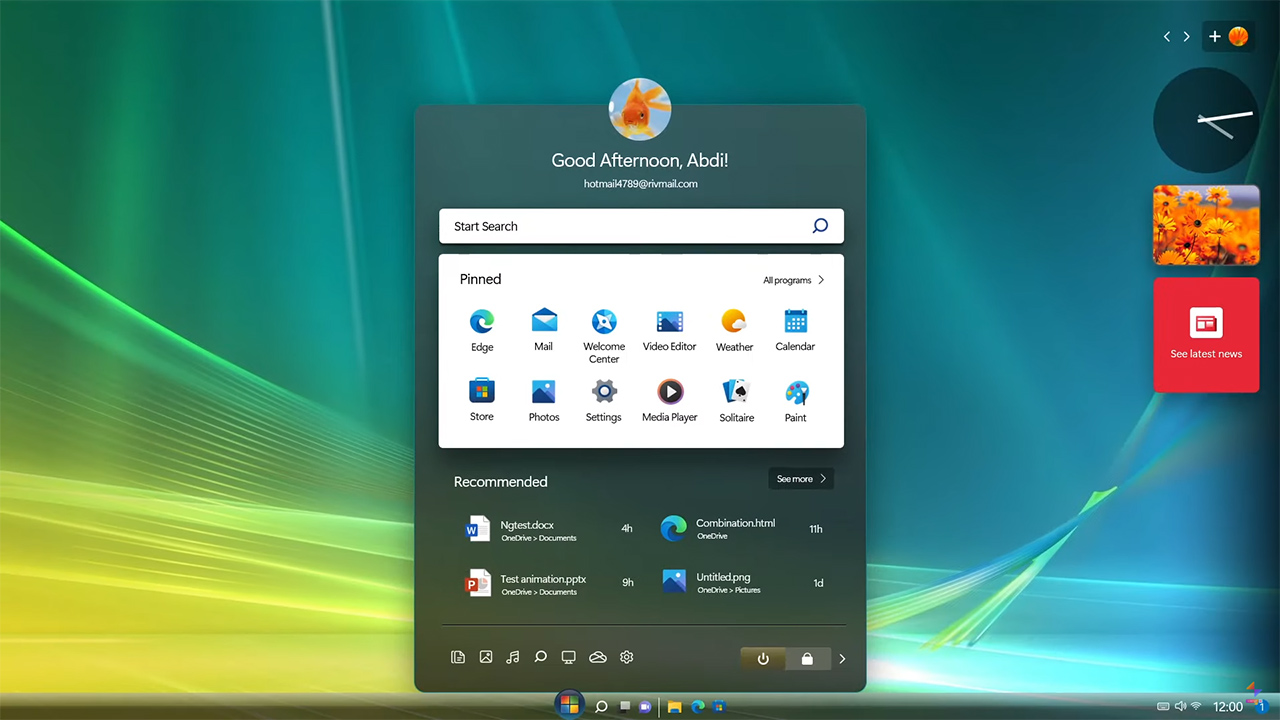 Windows Vista and Windows 11, Fluent Design and Aero Glass together for a beautiful interface: here’s the video

Windows Vista certainly not considered one of the best versions of Microsoft’s OS, especially because it required expensive hardware at the time to work with adequate performance. This especially for those who did not want to give up all the functions of the graphical shell Aero Glass. Vista was the successor of Windows XP and laid the foundations for some stylistic innovations that we still find today on Microsoft’s modern operating systems. But perhaps it was too early at the time.

From Vista the user interface has been revised several times, without being able to repeat its design consistency within the various screens. This is still true today, after about 15 years from its release and several graphical reinterpretations of the Windows environment: there are many users who require a return to the classic UI of the operating system, even more those who seek greater consistency within the various functionality. One of them, Abdi489 on DeviantArt, published a concept of the Windows UI: Windows Vista 2022 Edition.

Here you can see some of Microsoft’s most ingenious ideas over the years combined with one fusion of Vista’s Aero Glass and Windows 11’s Fluent Design. Obviously there are also widgets always visible on the desktop (a version that, although 15 years old, is more functional than the new dedicated screen of Windows 11), a more modern version of File Explorer, Media Center, and the return to life of some of the features present in the old version of the operating system but then abandoned in an almost inexplicable way on the new versions.

Concepts of this type are also created in the hope of receiving a hearing from Microsoft. The Redmond company has corrected the shot several times in recent years, with the Windows 7 UI currently one of the most popular among users. It can be said that in terms of design, Windows 8 was a flop, and since then Microsoft has listened to criticism and suggestions and has definitely corrected the game. Windows 11 is a mature interface, but after 15 years from Vista it still has some parts that should be updated and made more consistent with the new style.

He likes dogs, pizza and popcorn. Already a fanboy of Nintendo and Sony, but today throws anything. He has collaborated on sites and magazines such as GameBlast, Nintendo World, Hero and Portal Pop, but today is dedicated exclusively to Spark Chronicles.
Previous Fast & Furious 10 Turin resumed in the center of May June
Next Abarth Nuova 500: the definitive front end of the electric is online. It will debut in 2023