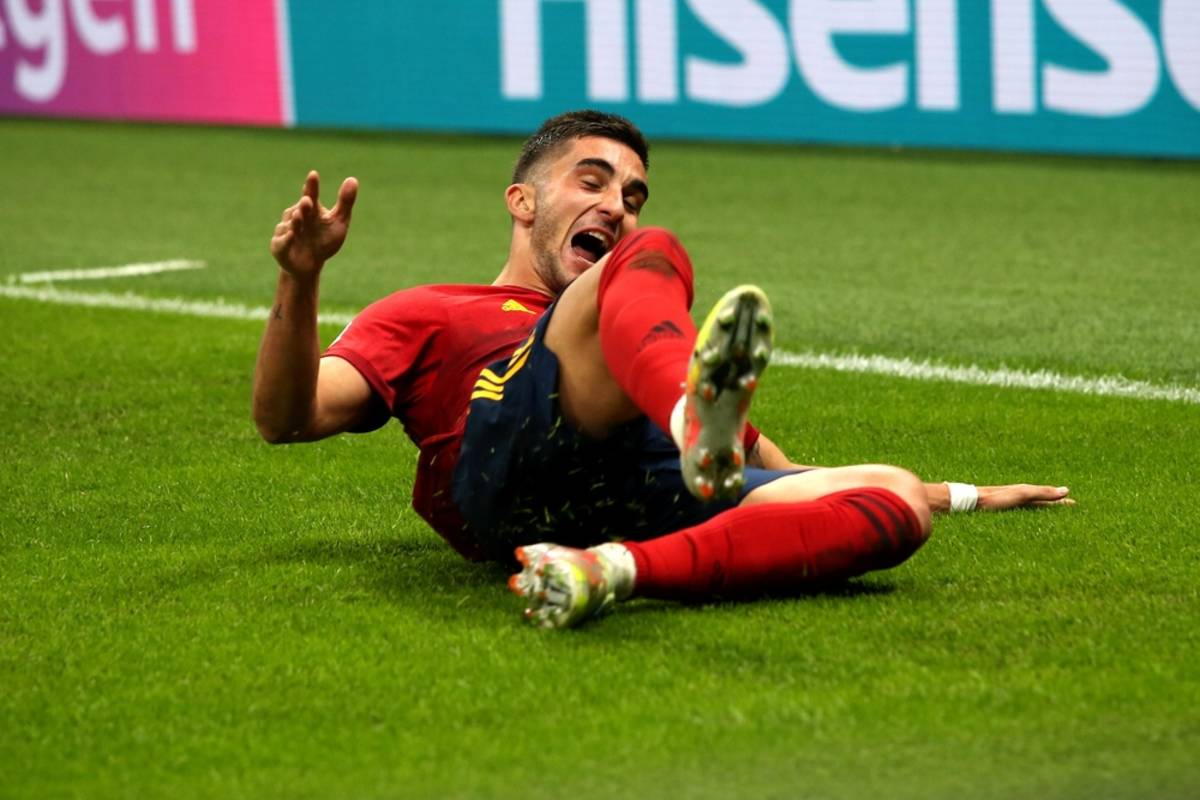 With the health problems of Sergio Aguero, Martin Braithwaite, Ansu Fati and the lack of repetition of the first elections of Barcelona’s offensive line, Xavi Hernandez has to think about an alternative ahead. Ferran Torres at Camp Nou? If it had worked, the “Pride of Catalonia” would finally start correcting its mistakes.

“Blaugrana” wants to bring the 21-year-old back to Spain, and the player himself seems open to such a deal, but that of course does not make it successful. The interest of the fallen giant from Catalonia makes sense. After all, the Manchester City striker has just been voted Spain’s Player of the Year, scoring 8 goals in 15 games for La Roja in the last 12 months.

It is on him, but also on Pedri, Ansu Fati, Eric Garcia, Gavi, Luis Enrique rebuilds the staff. It just so happens that everyone except Torres is also performing at Camp Nou. And Camp Nou needs Ferran now. Here’s why.

Born and raised in the small suburbs of Valencia, he entered the famous Bat Academy and for the next 15 years he climbed its ranks. Torres, full of talent, made his debut for Team B at the age of 16. A dozen or so months passed before he moved into the first team with a dance step. Interestingly, making his La Liga debut in December 2017, he became the first player born in 2000 to do so. Another record also belongs to him. As a Valencia player at an early age, he reached the threshold of 50 league games.

Parallel to the development of his club career, Torres has appeared in the country’s youth national teams. Every two years he won championship tournaments on the Old Continent: U-17, and then U-19. So it had to catch the attention of some of the biggest clubs in the world, including Barcelona. The English were more specific. In 2020, Manchester City bought it for a bargain amount of EUR 20 million. Occasional, taking into account the skills he was already presenting then, and above all, his incredible potential. It paid off instantly. He scored 16 goals in 43 games.

Winger with the sniper gene

Who are we dealing with? Torres’ standout strengths are dribbling, positioning, finishing and physical attributes: lightning-fast acceleration with a relatively tall stature (184 cm). Speaking of versatility, it should be noted that he can find himself in two completely extreme attitudes. Composure and off-the-ball movement helps him in possession football, the Catalan tiki-tace, while speed and directness make him lethal in counterattacks and fast forward play.

Proof of this is that he was able to adapt to the commands of Pep Guardiola and Luis Enrique. Both coaches inculcate different, but quite similar philosophies, and the footballer proves that he cannot be locked in one style. When appearing on the left, he functions as an inverted winger, descending inward on his preferred right leg, looking for a shot or final pass to a better positioned mate. On the right wing, he attacks opponents by running along the line or running into half-spaces, ending actions with either corner shots or strong, flat crosses.

On the other hand, when he is in the middle of the attack, he skillfully maneuvers around the penalty area to be in the perfect spot to score. However, positioning himself does not make him a “sniper.” What Torres possesses is unpredictability, confidence and a trait that is hard to name but that pushes the athlete to the highest heights.

His goals range from acrobatic shots to cool, subtle shots from possessing an elite-level technical skill. You can lift tons of iron a week to get stronger, you can repeat a few hundred sprints on heavy loads to be faster, but you won’t learn to be an outstanding enforcer. It’s talent. Ferran has it.

Rafa Yuste, Barcelona Vice President: “Ferran Torres is a great footballer and we work with discretion. We have friends in Manchester and we have a good relationship.” [Foot Mercato]

It will play with everyone

How could he fit in with the Catalan team? For starters, his versatility means he may not actually be dropping out of the top 11, especially if the club’s injury crisis continues. Xavi Hernandez is set to expand the field of play as much as possible, so Torres’ pace and effective dribbling would prove more than beneficial to the team. With his penchant for driving into the penalty area from both sides, there would also be a lot of freedom and room for all around him: be it for Jordi Alba or Sergino Desta.

He would be most effective in the penalty area, or at least he should have been instructed by the coach to play in the central attacking area, and not go to the flanks. Why? Barcelona needs an effective finish, it “bleeds out” when there is no good enforcer. Torres, although not a typical “9” striker, can score three goals in two shots, making use of the ball without being in the perfect position.

If he is in the starting “eleven”, he can successfully appear in the front line with Ansu Fati (left wing) and Depay (center of attack) in the right side of the pitch. Having four good players in the wing positions would promote healthy competition. And that’s not counting promising youth like Eza Abde or Yusuf Demir.

Alternatively, if Memphis’ poor scoring form continued, Ferran could play as the most advanced one with Ousmane Dembele and Fati on both sides. Potential combinations with Ferran are hard to count. And most of them would probably work. Regardless of the configuration, its profile is complemented by Fati, Dembele and Depay. Moreover, Sergio Busquets would have another option for sending long balls, and the defender would have another target for crosses, high or low.

Ferran would have joined Barca as a young sniper, having already had relatively much experience, despite 21 springs on his neck. It fits the club’s long-term plans and the style of play proposed by Xavi. We probably cannot talk about a budget player here, as the price for his signature would certainly be higher than for other attackers who appear in the context of transfer targets (Karim Adeyemi or Arthur Cabral). Youth, skills and experience are the mix that always costs the most in football.

🔄 (TORRES): Barcelona are offering € 45m for Ferran Torres and Manchester City are asking for € 60m.

• However, the difference is not considered too much and there is good will between the clubs to reach an agreement before the end of the winter market.

In sports, as in life, you rarely get a second chance. Things pass by you, and by the time you realize you missed them, they have long disappeared below the horizon. These are what-if stories we love to tell each other. Barcelona must do everything not to open a new chapter in this collection of short stories. If the situation arises to recruit a footballer to the team for “years”, it should not be abandoned. Torres would bring an extra dimension to the offensive for Barcelona, ​​one that would again inspire fear in opponents. Today it’s more of a scarecrow.

David Martin is the lead editor for Spark Chronicles. David has been working as a freelance journalist.
Previous This fashionable dress on sale in Lidl is a hit! It costs only 9.99 PLN. It is similar in Reserved
Next USSR. 30 years from the Białowieża Agreement on the liquidation of the USSR and the creation of the CIS