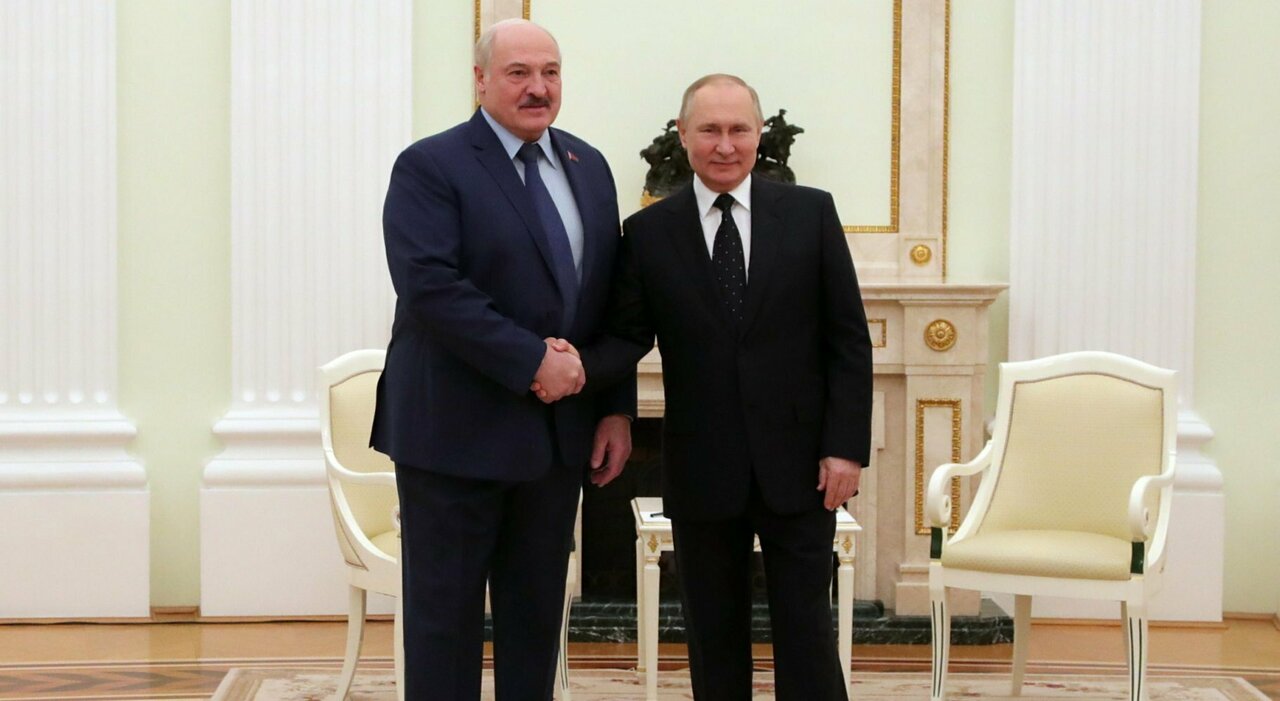 with Kiev is already a clash

There Belarus new old partner of the war of Putin. In the last few hours, an exchange of accusations between Kiev and Minsk has rekindled the fuse of the country that borders Ukraine and the Russia and with its leader Lukashenko he has always been close to the Russian Tsar. The Ukrainian Center for Strategic Communications and Information Security explained that “according to preliminary data, Belarusian troops could be involved in the invasion on March 11 at 21”. According to Kiev, the invasion would be Minsk’s response to the alleged air raid that started from Ukraine and which, according to Kiev, was planned by Russia. The Belarusian Ministry of Defense has already denied the attack with an official statement.

Belarus, what happened: the exchange of accusations

It all started with an attack on the village of Kopan, in Belarus, according to Kiev made by the Russian air forces but from the Ukrainian airspace. Thus making believe that the attack came from Kiev. The famous provocation – according to Ukraine – which would have directly involved Belarus in the war, at that point legitimized to send its troops. But it was the same Belarus, in a party game that is now part of the conflict since the beginning of the war, to deny the attack on the village. «The information provided by Ukrainian officials and further disseminated by various media about Russian air strikes on the territory of Belarus is not true. The village of Kopan is located in the Stolin district near the border with Ukraine. No explosions were reported by the border guards of the Republic of Belarus and no damage was recorded ». For Belarus “it is nothing more than disinformation and another attempt by the Ukrainian side to make a provocation”.

Putin talks about progress in the negotiations, but is peace closer? The real goals of the “tsar” (and what the West thinks)

The role of Belarus

Belarus, a landlocked country with 9 million inhabitants, borders northern Ukraine and served as a departure point for Russian troops. And in recent weeks it also hosted diplomatic talks between Russia and Ukraine. On Wednesday, the EU announced that it will also ban Belarusian banks from Swift and it will freeze ties with the Belarusian central bank, adding to the sanctions imposed last week that effectively block billions of euros in annual exports to the EU. A few days ago, the White House also announced its sanctions to limit imports and target Belarusian military officials, as it criticized Belarus for “allowing Putin to invade Ukraine”.

Belarus in the invasion of Ukraine

Belarus was part of the Soviet Union and became an independent country in 1991 after the collapse of the USSR. It has since maintained close economic and political ties with Russia, despite borders with three NATO member states, a Communist past: Latvia, Lithuania and Poland. Unlike the latter, Belarus has always remained very attached to the influence of fly.

Strategically, it plays a vital role for the Kremlin. It shares nearly 700 miles of border with Ukraine, and Kiev is closer to Belarus than Russia. During the winter, more than 30,000 Russian soldiers gathered in Belarus under the pretext of joint exercises. Russia had said that those forces would return home after the end of the exercises at the end of February. But that was not the case.

Since the invasion, Russian forces from Belarus have approached the capital Kiev along the western bank of the Dnieper River and attacked Chernihiv, a small town northeast of Kiev. Some wounded Russian soldiers were evacuated to hospitals in Belarus, the Wall Street Journal reported. According to the Pentagon, several Russian missiles have even been launched from Belarus.

Russia, all international sanctions in force: from the squeeze on exports (February 24) to anti-oligarch measures

Why is Belarus helping Putin’s invasion?

Russia helped Belarus – and in particular its authoritarian leader, Lukashenko – and now Russian President Vladimir Putin has asked for a favor in return. For several years Lukashenko has regarded Belarus as a neutral state, shifting its openings from Russia and Western nations depending on his needs. But one turning point crucial came in 2020, after Lukashenko declared victory in a controversial presidential election. Lukashenko’s affirmation in a landslide victory (80% for Lukashenko against 10% for his opponent, Sviatlana Tsikhanouskaya) was immediately challenged, both by the opposition and by the United States and its allies in Europe. Unprecedented protests erupted in Belarus, with clashes lasting for weeks and police arresting thousands. Lukashenko then turned to Putin for help. And Putin accepted, announcing that the Russian army was ready to intervene “if necessary”. At that point, with the help of his mother Russia, Lukashenko embarked on a ferocious repression, with mass arrests and torture of detainees. His government has jailed political opponents and journalists, shut down human rights organizations and criminalized demonstrations of what has been called “extremism.”

The relationship with the West

The US, UK and EU have announced sanctions against the Belarus in the last two weeks, almost as severe as those imposed on Russia itself. But the country had already been subject to major sanctions after Lukashenko’s 2020 crackdown on protesters. Last year, more sanctions came after a flight was diverted Ryanair to Minsk to arrest an anti-Lukashenko journalist and for blocking Middle Eastern migrants on the Belarusian border with Poland.

Diplomatic relations between Belarus and the United States are strained. The Belarusian government denied US Ambassador Julie Fisher a visa in 2020 and ordered the withdrawal of US Embassy staff in Minsk in 2021. So much so that Belarus does not currently have an ambassador in Washington.

What are the prospects for Belarus?

Lukashenko has said publicly several times that Belarusian forces will not take part in the conflict. In Belarus, several polls found discontent with the leader’s regime. Putin’s decision to invade – according to analysts – shows a determination to strengthen the sphere of influence of Moscow, of which Belarus is a part.

He likes dogs, pizza and popcorn. Already a fanboy of Nintendo and Sony, but today throws anything. He has collaborated on sites and magazines such as GameBlast, Nintendo World, Hero and Portal Pop, but today is dedicated exclusively to Spark Chronicles.
Previous “Moscow outside the IMF and the World Bank”. What could happen
Next “New duties against Russia, stop imports of caviar, vodka and diamonds”