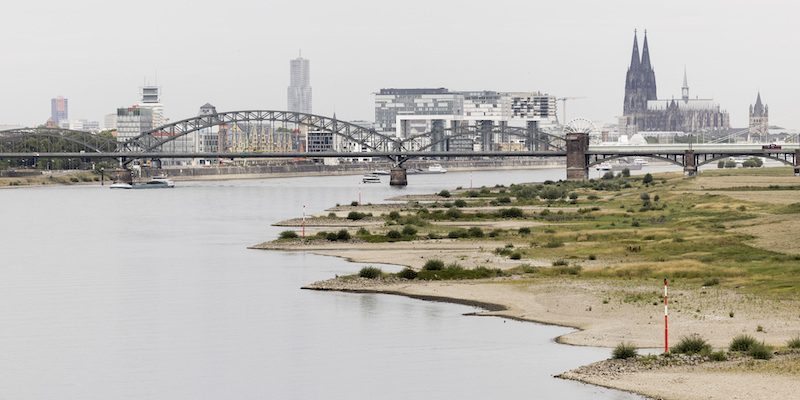 The prolonged period of drought that has affected several European countries in recent months has already caused enormous inconvenience to agriculture, but the exceptionally low levels of water that have been recorded in these weeks in most of the main European rivers are increasing concerns about another sector, that of river transport of goods, especially on the Rhine and the Danube.

According to a calculation made by Bloomberg on the basis of data provided by Eurostat, the statistical office of the European Union, the rivers and canals that cross European countries allow the equivalent of one ton of goods to be transported every year for each resident of the European Union, contributing approximately 80 billion euros to the continental economy.

But now the situation of many rivers is critical. Due to the drought and the great heat, the waters of the Danube, which crosses Bavaria, Austria and various Eastern European countries, have dropped significantly, and then flow into the Black Sea. The water level of the Rhine, which it is very important for trade in Switzerland, Germany, France and the Netherlands, it surpassed the minimum depth record of 2018, when a severe shoal caused great damage to the German economy.

In some places the waters of the two rivers are so low that navigation is very complicated, with the result that many ships and barges destined to transport goods are blocked, or in any case their transit is considerably slowed down. To give an example, in a stretch of the Rhine river west of Frankfurt which is rather narrow and shallow, and therefore already normally rather difficult to navigate, on August 7 the water level dropped to 49 centimeters: 40 centimeters is the level at which river transport in that area is believed to be economically disadvantageous.

According to various scientists and transport industry experts heard from Bloombergwith this situation the river transport capacity in Europe is severely limited. 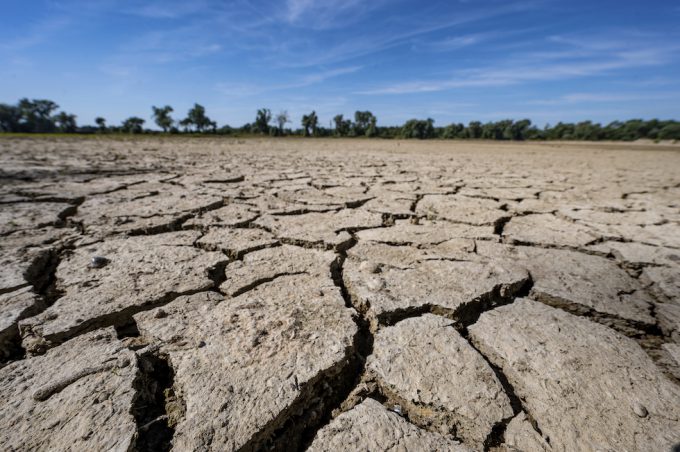 A portion of the Danube bed almost completely dry in Mariaposching, Germany, on 20 July (Armin Weigel / dpa via AP)

With such low water levels, companies that deal with transport by river are forced to limit the quantity of goods transported in order to navigate safely, with consequent repercussions on the cost of services. It is a problem that also affects the transport of coal for energy production to Germany, one of the countries most affected by the cut in Russia’s gas supply due to the war in Ukraine.

The shortage of water in rivers also affects the production capacity of hydroelectric plants, most of them built downstream of large basins from which water flows to drive turbines. The lack of water has already made it necessary to reduce the activity of numerous plants of this type, at a stage in which energy costs are very high both due to both the war and the recovery phase after the pandemic.

The water of the rivers is also used for irrigation of fields, for industries, for tourism and for domestic use. Due to the prolonged period of drought in recent weeks, restrictions on consumption have been introduced in several French departments. Similar measures have also been taken in various municipalities in Northern Italy, where a state of emergency had already been declared for various regions at the beginning of July, and where, moreover, the drought in the Po delta has altered the balance of the lagoons causing a death of clams. , shellfish essential for the local economy.

According to forecasts by Albert Jan Swart, transport economist at ABN Amro Bank, the current situation will have worse consequences for the economies of European countries than those caused by the transport problems on the Rhine in 2018, which caused losses of 5 billion. EUR. “We’re talking billions,” Swart said. The situation could also worsen with the greater frequency of extreme weather events predicted due to climate change.

To try to solve the problem, various sections of the Danube are being dredged in Bulgaria, Romania and Serbia, and the same is being done in some sections of the Rhine in Germany. Also in Germany, a project has been launched that plans to increase the depth of the Rhine by 20 centimeters between the cities of Sankt Goar and Budenheim, also west of Frankfurt, but only by 2030, therefore not in the short term.

In the meantime, the difficulties related to the river transport of goods are added to those of the transport sector in general. In Germany, for example, the railway network is already very busy, and according to an estimate of Bloomberg more than 110 trucks are needed to transport by road the same amount of goods brought by a standard-size barge: however, the country is lacking tens of thousands of hauliers both for reasons related to the coronavirus pandemic and for other factors, such as the return of many Ukrainians in their country because of the war.

As Fred Hattermann, who is doing research on hydrogeological risks at the Institute for Research on Climate Impact in Potsdam, explained, rivers will not become completely “useless” for the transport of goods in Europe, but “probably in the future. you will be able to rely on it much less ».

– Read also: The corn will have to adapt

Videogames entered his life in the late '80s, at the time of the first meeting with Super Mario Bros, and even today they make it a permanent part, after almost 30 years. Pros and defects: he manages to finish Super Mario Bros in less than 5 minutes but he has never finished Final Fight with a credit ... he's still trying.
Previous Inter-Sassuolo, dinner for Pinamonti. Minimum distances and a trick to keep the purchase | Market
Next Disney+ series premieres today, learn all about the character’s history 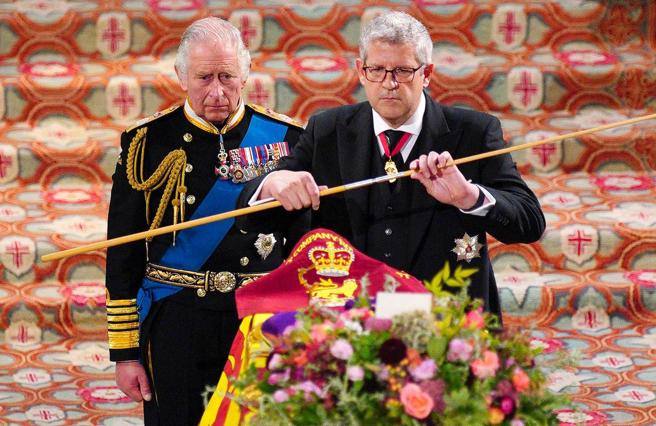 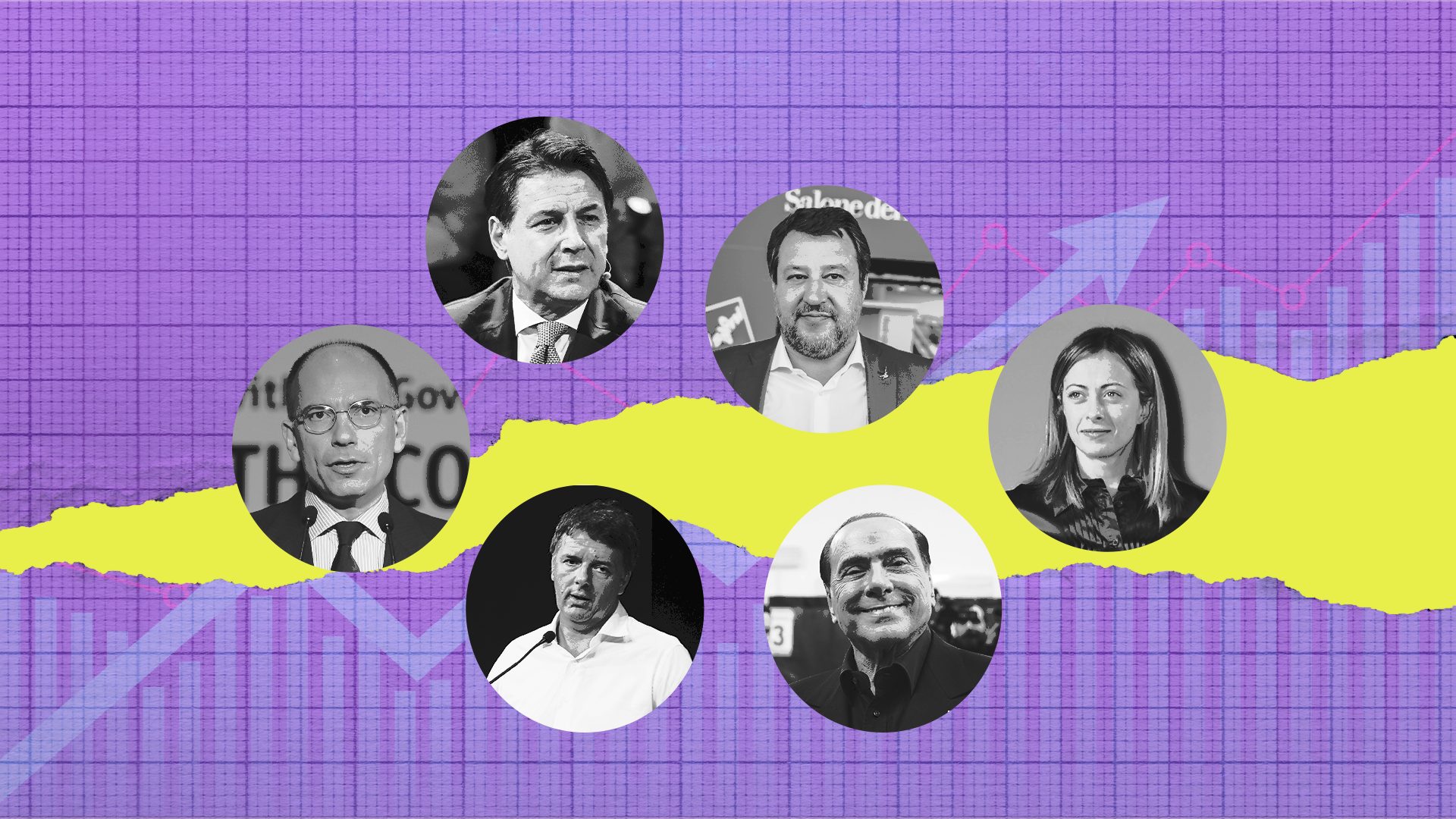