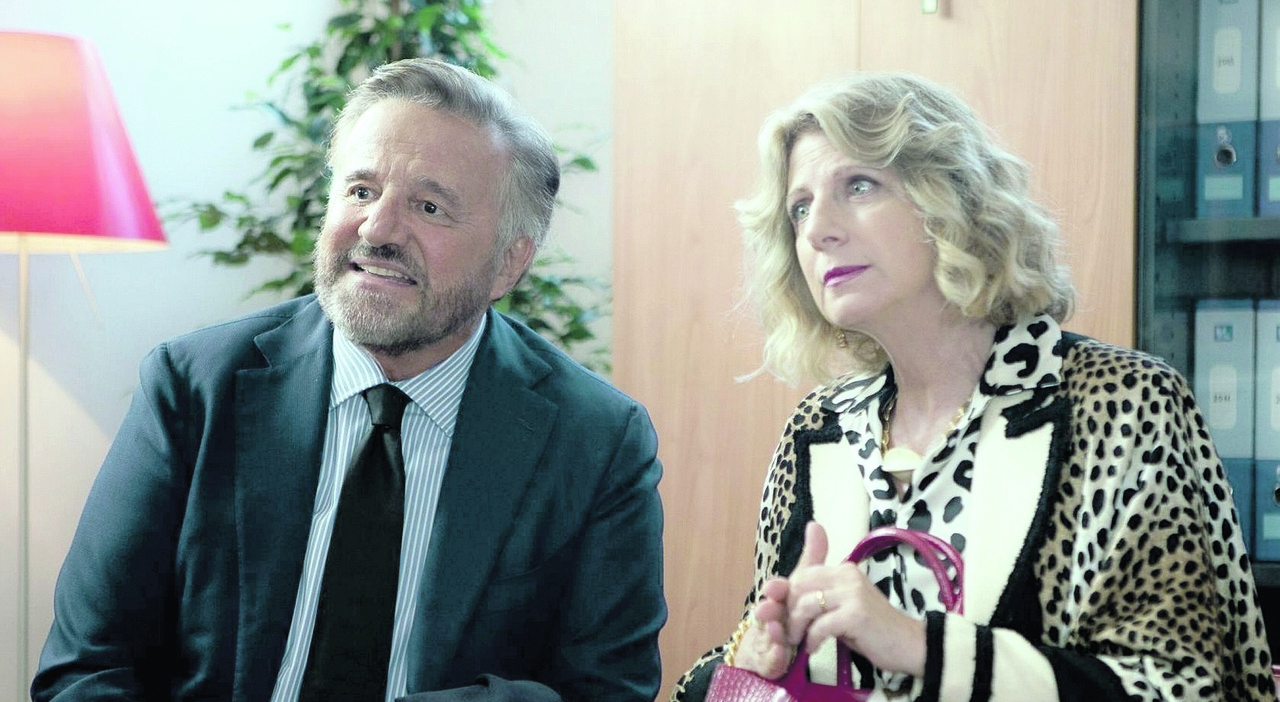 «With my jokes today I would end up in jail. My heir? Claudius Colic»

The children go to live elsewhere, the parents despair. It’s called “empty nest syndrome” and it affects many families. But we laugh about it in Christmas at all costs, the new crackling comedy with Christian De Sica and Angela Finocchiaro (for the fifth time as a couple on screen), expected on Netflix on December 19 and directed by Giovanni Bognetti who, after the remakes I babysitter and Il mammone, has now taken a cue from the French success Mes très chers enfants. To win back their children (the hilarious Claudio Colica and Dharma Mangia Woods) who can’t get enough of them and, horror, threaten to leave them alone even at Christmas, Christian and Angela invent that they have received a millionaire inheritance. And a Ferrari and the cynical grandmother Fioretta Mari are also involved in an escalation of lies. The trailer of the film, produced by Colorado, has sparked a controversy: the governor of Abruzzo Marco Marsilio and the Region’s Consorzio Vini took it out on De Sica who, receiving a gift from his son from Abruzzo, exclaimed «it’s na m…”


Did he want to offend Abruzzo?

“Are you kidding me? I love that Region, I bring my shows there, I adore its wines. With the joke I wanted to offend my son who only comes to dinner for the money. Now you have to be careful of everything you say, and for a comedian it’s a problem ».

Are you referring to politically correct thinking?

“That’s right. If I redid things from so many of my films from the past, I’d go to jail today. But we laugh with the devil, not with San Francesco. Comedies are bad by definition… now we see many elegant ones but goodbye to those roars that shook the cinemas 20 years ago».

Is no one saved?

«Checco Zalone, who is the most incorrect comedian there is, doesn’t care and has enormous success. The others are buttoned up so as not to risk losing the prizes».

Why didn’t he shoot more cinepanettoni?

«Nobody offered them to me, I’m 71 and I’m no longer of age. But even the very young people who love me so much ask me to go back to making them. I recently received 1700 messages. I would shoot a cinepanettone in a hurry ».

Why did you take part in “Christmas at all costs”?

“It’s a delightful comedy, beautifully written. In Italian cinema there is a lack of good screenwriters. Unlike the French, they are forced to work in a very short time».

What scripts do you receive in this period?

“I have to say that good things come to me. Like Limoni d’inverno, the dramatic film by Caterina Carone that I just shot with Teresa Saponangelo. It tells of the platonic love between two middle-aged people, I’m a professor with Alzheimer’s. Then there is Ferie d’agosto 2, which I will do next year with Paolo Virzì».

«Yes, we have already met with Virzì to discuss it. In the meantime, I will play the director’s new series».

«Bringing Marco Lodoli’s novel I slackers to the screen as an actor and director. I’m looking for the money.’

Did you also feel lost when your children Brando and Mariarosa went to live away from home?

«When ever, it was a liberation! (laughs, ed.). I’m lucky, my boys aren’t interested and then they always stay at home because they have fun. With the children of my brother-in-law Carlo Verdone and the other grandchildren we are not a family but a cooperative».

Is there an heir of his around?

«Claudio Colica. He is sensitive, cultured, very good. He has a great future.”

David Martin is the lead editor for Spark Chronicles. David has been working as a freelance journalist.
Previous “Amber Heard is radioactive even to her friends,” says an Insider
Next Female empowerment, technology, innovation and fabrics at the Italia Africa Business Week