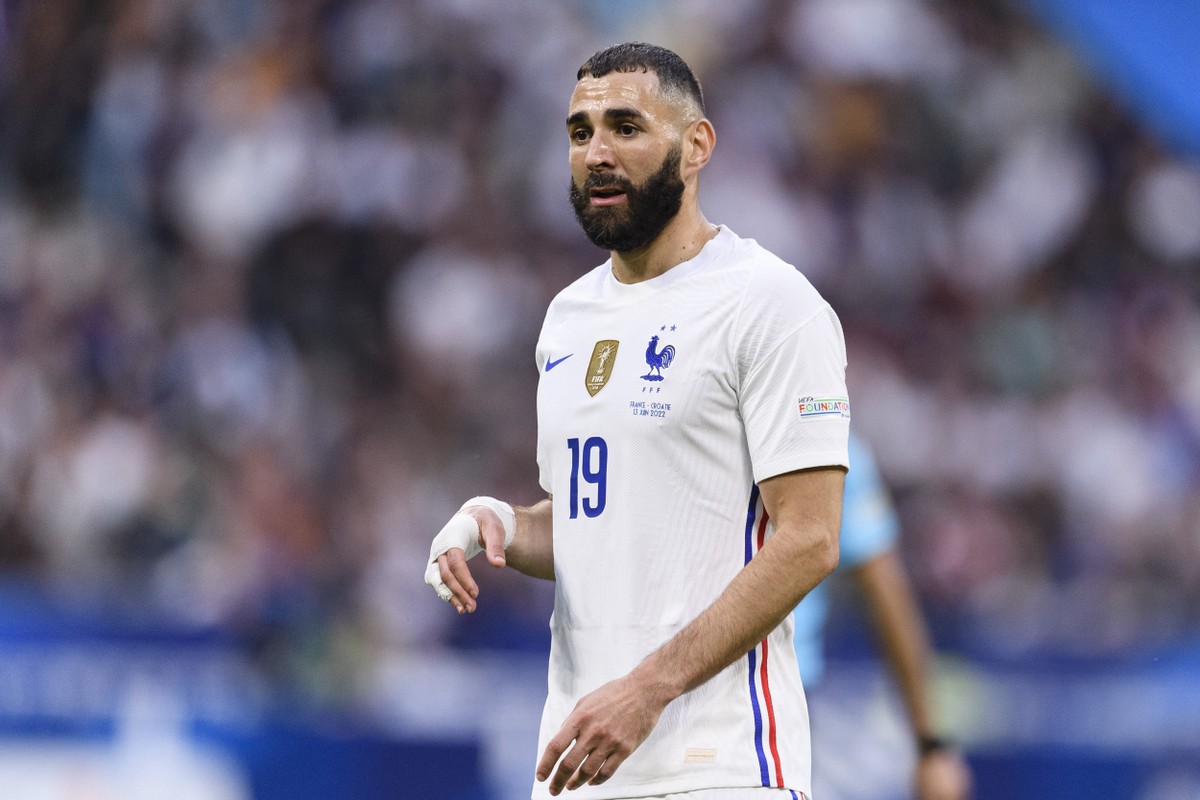 That’s why, 100 days before the start of the Qatar World Cup, the ge listed 10 stars that are worth the effort of stopping everything to be able to watch them on the field. Write everything down in the diary, because the November 20th, opening of the World Cupit’s coming!

The Real Madrid star has what it takes to arrive in Qatar as the owner of the best player in the world award, after an almost perfect season in 2021/22. After spending almost six years away from the French national team, Benzema managed to convince the local federation and coach Didier Deschamps to leave behind the controversial case of Valbuena’s intimate video and is now seen as a fundamental piece for the defending champion.

Last season, he scored 44 times in 46 games and was instrumental in Real Madrid winning the Spanish League and Champions League. At 34 years old, Benzema is one of the reasons to stop and watch France’s games.

Speaking of Real Madrid, it’s hard to remember last season and not think about the incredible saves by Courtois, who saved the Merengues on several occasions – including in the Champions League final against Liverpool. And the expectation is that the goalkeeper arrives on high in the World Cup, being one of the defensive pillars of the famous generation of Belgium.

Last season, he went 22 games without conceding a goal, leaving the certainty that, if he looked for the ball in the back of the goal in 50 opportunities in 53 matches, he prevented it from going to the net countless times. And, with each defense of the Belgian, many Brazilian fans could only remember the meeting with him in Russia.

As in Russia, Brazil and South Africa, much of the world’s eyes will be on Cristiano Ronaldo when he is on the pitch in Qatar. Great star of world football in recent decades, alongside Messi, the Portuguese ace should once again be in the spotlight, despite the technical moment not being positive as it used to be.

In addition to now being part of a generation that is talented and can lead Portugal to the title, CR7 will also be attractive in this year’s World Cup the fact that this could be his last World Cup. That’s why you can’t miss it when the 37-year-old ace is stepping onto the Qatari lawns.

The intention of the list is not to provoke Brazilian fans with bad memories of 2018. But it is impossible not to include midfielder Kevin de Bruyne, one of the great stars of one of the best teams in the world – Guardiola’s Manchester City. At 31 years old, he arrives in Qatar with great experiences in the last cycle, such as the European runner-up last year.

With Hazard largely forgotten at Real Madrid and Lukaku looking to rehabilitate himself on his return to Inter Milan, De Bruyne is the most hyped up among Belgium’s top athletes. And he’s certainly a candidate for some Man of the Match trophies in Qatar.

Despite not yet having managed to win trophies in his career, Harry Kane has consolidated himself in the list of great stars of world football between Russia and Qatar. After shining in 2018, with six goals scored in his six games with England, he arrives this year with a high bar for his second World Cup.

The great star of England continues to try to succeed at national level with the shirt of Tottenham, but also seeks to leave behind the disappointment with the runner-up of Euro 2020 at home. And it pulls an expectant generation into Queen’s Land.

The guy who won the best player in the world award twice in the pre-World Cup cycle needs no introduction. Robert Lewandowski is expected to attract the spotlight in Qatar, even defending a team that is not among the contenders for the title and probably shouldn’t go that far in the competition.

Now in new colors, defending Barcelona, ​​the Polish striker will have a few months to prove that he can be a goals machine outside Bayern Munich’s gear. And prepare for the second World Cup of your career.

Bayern Munich’s new star also appears on the list of those who deserve special attention at the World Cup. Perhaps the biggest star of African football at the moment, Sadio Mané will be in Qatar after being decisive in Senegal’s qualification for the World Cup, with a dose of drama, against Egypt, on penalties.

The generation led by Mané has already made history by winning the African Cup of Nations for the first time, and now they want to prove they can go far in the World Cup. For that, Mané will need to do what he got tired of showing at Liverpool: eye for goals and decision-making power.

World champion with France in Russia, at just 19 years old, Mbappé arrives for his second World Cup on another level. Now, the ace is one of the stars of PSG and manages to match Messi and Neymar in the popular squad. And he also emerges as one of the protagonists of a talented French generation that seeks to win the championship.

After deciding on his future before the transfer window starts, putting aside the idea of ​​moving to Real Madrid and renewing with Paris, the star wants to prove that he made the right choice for his career. And he’s sure to draw eyes every time he takes to the pitch in Qatar.

Speaking of PSG, it’s hard to think about a World Cup these days without thinking about Lionel Messi. Vice-champion in Brazil with Argentina, the ace is going to his fifth World Cup, which could also be the last of his career. And it’s probably the one in which the player arrives with less weight on his back.

After winning the Copa America, Argentina left the queue and started to show good football, arriving in Qatar as one of the favorites. And Messi’s decision-making power, now much less isolated in the national team, could be the differential for the brothers to achieve their dream.

And finally, an ace wouldn’t even need to be highlighted to be on the list of players to watch in Qatar. Neymar is still the great exponent of the Brazilian team and is among the main names that will compete in the World Cup – and for the Brazilian fan it still means the hope of a differential in the search for Hexa.

After having his trajectory interrupted by a back injury in 2014 and experiencing elimination in the quarterfinals in 2018, the striker arrives in Qatar at the age of 30, for his third Cup. And he has shown that he is focused so that November arrives soon, and the search for the dreamed world title begins.

Videogames entered his life in the late '80s, at the time of the first meeting with Super Mario Bros, and even today they make it a permanent part, after almost 30 years. Pros and defects: he manages to finish Super Mario Bros in less than 5 minutes but he has never finished Final Fight with a credit ... he's still trying.
Previous how they died, the suspect – Libero Quotidiano
Next Celeb friends of the heart: what does their beauty look tell us?