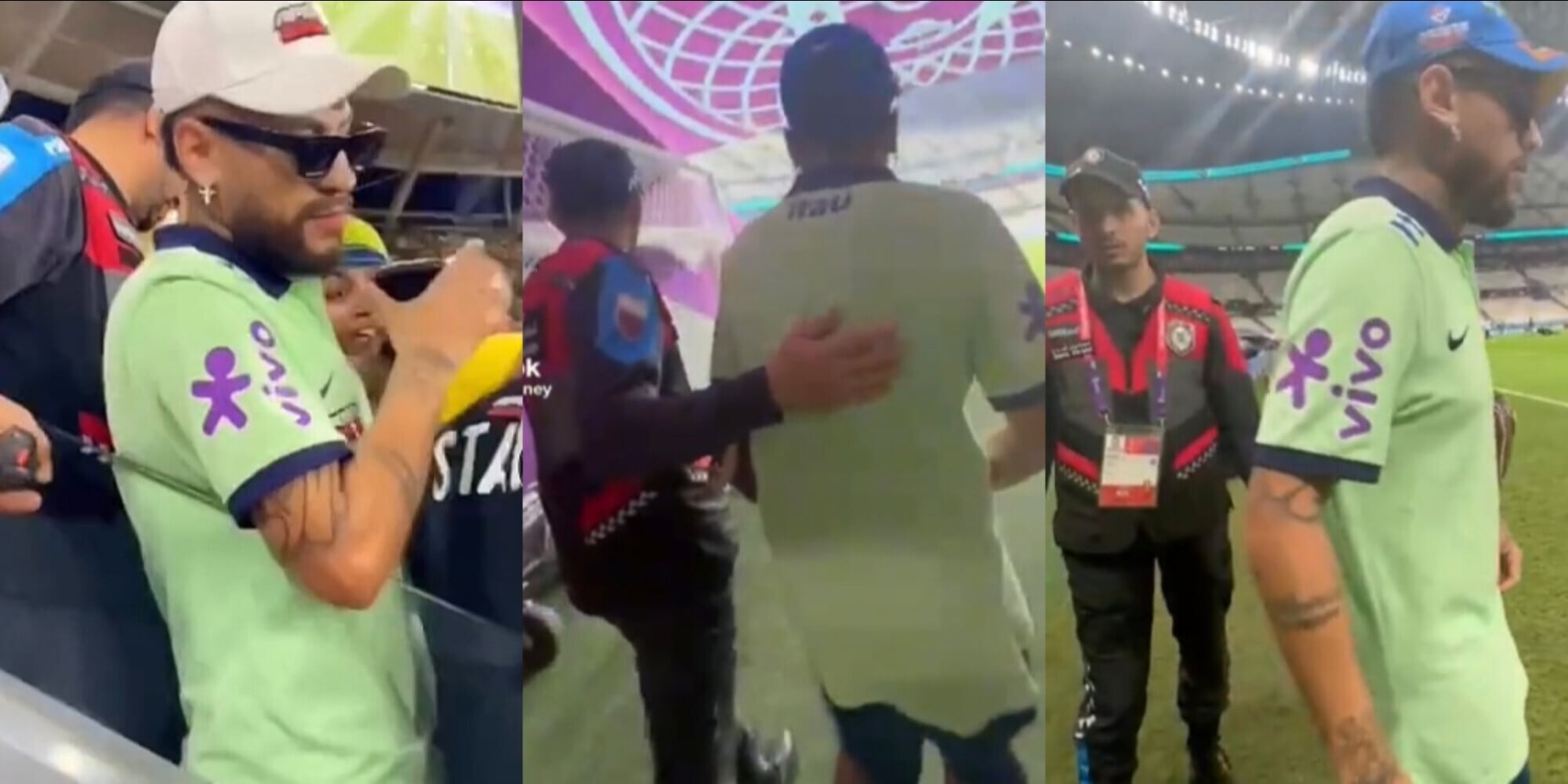 World Cup 2022, Neymar’s double mocks everyone and enters the field

DOHA (Qatar) – “There is Neymar around the streets of Doha“, and suddenly an incredible crowd rushes in, hoping to get an autograph, a selfie or even just a quick photo from afar to immortalize the memory. All (almost) normal, except that… it is not the Paris Saint-Germain star player, but a double! We had already told you how the presence of the boy in the stands of 947 during Brazil-Switzerland had sent the sector occupied by the green-and-gold fans into a tailspin, but the second chapter of this exciting saga it is enriched with details as sensational as they are hilarious.

Del Piero, Neymar and the ankle on loan: “I’ll offer you mine, but you have to play!”

The similarity between the two is, indeed, impressive, at least from the point of view of facial features, look and posture, but with a careful look it would not be impossible to notice some differences regarding the size and build. However, the Qatari security was not able to grasp these physical peculiaritieswho shortly before the Brazil-Switzerland kick-off, probably convinced by the incredible number of autographs and selfies granted by the boy, allowed him to take the field to encourage “teammates”. All while Neymar, the real one, was in the hotel, hoping to recover from the injury as soon as possible. In the meantime, the double of the Santos and former Barcelona champion is living an unimaginable experience, documenting his stay in the Middle East on TikTok every day… in the role of a world star. Who knows if these ‘performances’ might open the doors to the cinema for him…

David Martin is the lead editor for Spark Chronicles. David has been working as a freelance journalist.
Previous Step inside Ellen Pompeo’s gorgeous Malibu beach home!
Next Natalie Portman, Ashton Kutcher and the strange bond with Mila Kunis