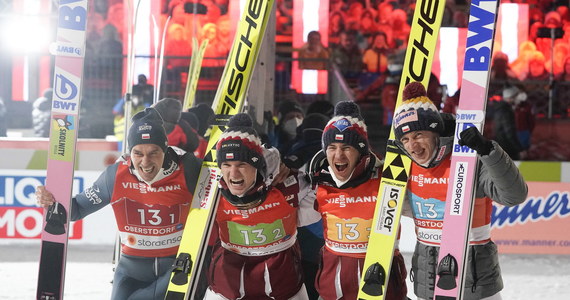 Klemens Murańka had a positive test for the presence of coronavirus, performed on Saturday before the World Cup competition in Nizhny Tagil, and therefore did not participate in further sports struggles.

Apart from the Polish jumper, the tests of one of the members of the German staff and the competitor from the United States gave a positive result. They all went to isolation under the security protocol.

The preliminary information showed that Murańka was doing well. The athlete’s health was monitored and he showed no symptoms of illness. These, however, appeared on Sunday evening, as announced by Dominik Formela from “Skijumping.pl”.

“Murańka and the person from the German staff have a higher temperature, so the Russians ordered additional tests of the Polish and German national teams” – this information was provided to the journalist by coach Michal Doleżal.

Piotr Żyła: Murańka will have to be provided with something to eat, and more to drink

There is a risk that the “White-Reds” will be stuck in Russia for longer. The hosts will allow people who show two negative tests in a row to leave. The entire Polish team is to undergo additional tests on Sunday evening.

According to unofficial information provided by Flip Czyszanowski from TVP Sport, the Polish team received the result of one of the three additional tests performed by Klemens Murańka. It is positive. The results of the other two tests, due from two different laboratories, are awaiting.

David Martin is the lead editor for Spark Chronicles. David has been working as a freelance journalist.
Previous Marek Papszun agreed with Legia Warsaw
Next Coronavirus. Brussels: clashes between opponents of the restrictions and the police