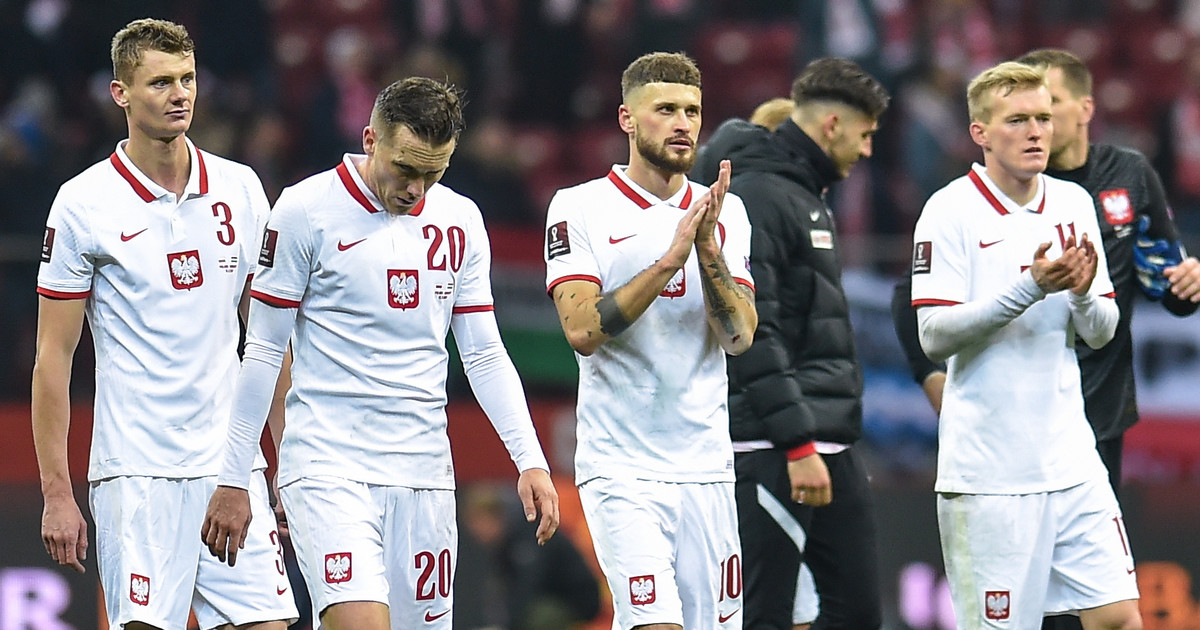 World Cup play-offs. Poland will meet a rival on Friday. It will be hard. The announcement of the draw

12 teams will play for three places at the World Cup – 10 teams from second places in the qualifying groups and two with the best achievements in the last edition of the UEFA Nations League, which did not take one of the top two places in the groups – Austria and the Czech Republic.

Paulo Sousa’s representation was very close to a seed, it was enough for it to be tied in the last round at home with Hungary, who had no chances. Biało-Czerwoni, incl. without Robert Lewandowski resting and saved due to the threat of Kamil Glik’s cards, they lost 1: 2.

This defeat and the unfavorable results for Poles in other groups meant that the Sousa team will not be seeded. It also means that the match of the first play-off round (i.e. the semi-final) will play away.

In addition to Poland, the group of non-seeded teams includes: North Macedonia, Turkey, Ukraine, Austria and the Czech Republic.

The ceremony in Zurich will start at 17.

– Due to the pandemic, it is to be carried out remotely, so there will be no representatives of the national federation on the spot – PZPN press spokesman and team manager of the Polish national team, Jakub Kwiatkowski, told PAP.

The twelve play-off participants will be divided into three paths (A, B and C) of four teams each. In each of these paths a “mini-tournament” will be played – the semi-finals and the final (without the rematch matches), while the seeded teams will host the semi-finals and will certainly not match each other in this phase.

Poland, like other teams, will meet on this day not only the rival in the semi-finals, but also a possible opponent in the decisive round.

Track A, B and C finals winners will qualify for next year’s World Cup.

To determine which semi-final winner will play at home in the final, there will be an additional draw for each track – including that day -.

Due to the political situation – as reported on the UEFA website – Russia cannot go to Ukraine.

– My wish before the draw? Perhaps Wales, because in theory it is an easier rival than Portugal or Italy. But you have to play with whoever fates. You can talk a lot about possible chances, and then everything is verified by the pitch. One thing is obvious – in the event of a win in the semi-finals, we would like to play the decisive match at our stadium – said Kwiatkowski.

Play-offs for promotion to major tournaments were first performed before the 1986 World Cup in Mexico.

Croatia is the champion of the play-off competition in Europe (five attempts and five promotions), but this time the current world runners-up have already secured passes to the World Cup. In their qualifying group, they took first place, ahead of Russia in the last round.

Of the teams that will be drawn at the Friday ceremony in Zurich, Portugal can feel quite confident, having already won three play-offs. The fight with the Bosnians for promotion to the 2012 European Championship has gone down in history – the Portuguese then won one of the matches 6: 2.

The Polish national team will make its debut in the play-offs. The scale of the difficulty varies greatly, so fate will play a big role. The Italians are the current European champions, and the Portuguese turned out to be the best at Euro 2016. They are theoretically the strongest teams in the seed group.

Among the rivals against which Polish footballers can hit, they most often played with Sweden – as many as 27 times. The balance is unfavorable for the Polish team, who recorded eight wins, four draws and 15 defeats.

Fans clearly remember the match with the representation of “Trzy Korony” in this year’s European Championships, which ended with Sousa’s team defeating 2: 3 and dropping out after the group stage.

The Poles, who were “good friends” from both editions of the League of Nations, faced 18 times and won only three times (also 8 draws and 7 defeats).

The history of matches with Russia covers 19 matches and is also unfavorable for Poland – four wins, six draws and nine defeats.

The White and Reds have faced Portugal 13 times. Here, the balance is also negative, although – taking into account the class of the rival – there is nothing to be ashamed of. Poland has won three times, there has been a draw five times, and Portugal has won five times. In these statistics, the result of the quarter-finals of Euro 2016 is included in the draw – then after 90 minutes and extra time it was 1: 1, and the later winners of the tournament turned out to be better in penalties.

Only Scotland and Wales have a favorable balance.

They played with the Scots 10 times – three Polish victories, five draws and two defeats. On the other hand, the white-and-red team met with Wales eight times and won five times (moreover, two draws and only one defeat).

The tournament in Qatar will start on November 21 and will last until December 18.

David Martin is the lead editor for Spark Chronicles. David has been working as a freelance journalist.
Previous Are you warming up the engine when stationary? A mandate may not be the only expense
Next Head of the European Commission: The European Union does not recognize the Belarusian regime