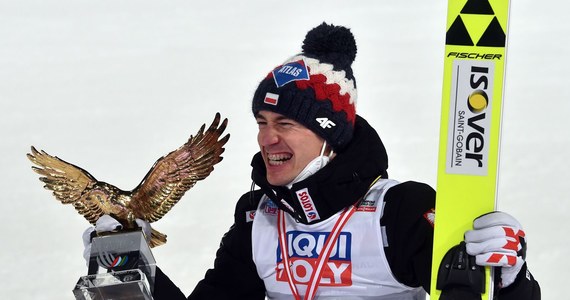 In the first part of the interview, Jan Ziobro told about the magic of the World Cup in Zakopane, he also delved into the causes of the crisis of Polish jumpers.

Michał Białoński, Interia: Was the defeat of the jumpers in Wisła not the last bell that PZN slept through to make corrections in the staff? Bring Piotr Fijas to help, or be a foreign specialist, like Mika Kojonkoski?

Jan Ziobro: Wisła was in December, and it’s too late to change coach. This should not be done during the season. There have been such attempts before, and they did not end well. It is difficult to come to someone from the outside and stimulate the players from the march, inspire them with a new spirit, hoping to improve their jumps.

What can I say?

PZN is famous for being a master at making bad decisions, so he could sleep a lot. The relationship hasn’t been making good decisions for a while. This is not only my opinion and it is not known what discovery. The whole of Poland sees this fact. PZN has been limping for a long time. And one man like me unfortunately can’t change that. When I expressed my opinion on this subject some time ago, many people got their heads together. Today everyone can see what it is like.

Do you think that something can improve when Apoloniusz Tajner is replaced by Adam Małysz as the president? President Tajner cannot run for another term, his rule is coming to an end. Adam is for the time being refraining from officially announcing his candidacy, but no other opponent is visible. The situation is not easy. We remember the words of Justyna Kowalczyk that PZN is actually a union of ski jumping, not the whole skiing. The other disciplines associated in the PZN also do not feel overjoyed. In addition, there are regional divisions. The Tatra Ski Association believes that during the tenure of Tajner, the PZN was more concerned with the interests of the Silesian-Beskid ZN than with the national interests. There are many challenges ahead of the new president.

– I don’t know if Adam would handle it. He was an exceptional athlete, a champion. At any time of the day or night, I pay tribute to his achievements. I don’t take anything away from him. He was great! He has done a lot not only for show jumping, but also for the entire Polish sport. But taking over the presidency in PZN? I can not see it. I would be careful here. On the other hand, you are right – there is no other candidate.

READ ALSO: Długopolski: If even a small mistake appears and the trainer does not catch it, the mistake enters the blood!

Dariusz Wołowski after canceling qualifications for the World Cup in Zakopane. VIDEO
INTERIA.TV

Or maybe we unnecessarily limit ourselves to former players? Maybe a manager efficient in management would work as the president, and he would choose directors to manage the disciplines? Such a manager should manage the whole, efficiently knock on sponsors, present a vision of the development of ski disciplines.

“In part, you must have all the gifts you listed.” The past in the role of a good athlete will certainly help in presiding. However, we must make it clear that getting PZN out of the situation it is in now will not be an easy task. You yourself said, after Justyna Kowalczyk, that it is more of the Polish Ski Jumping Association. In fact, in part, it is so, and I am not at all surprised by athletes from other disciplines that they feel neglected when it comes to jumping. But we are also mainly fascinated by ski jumping, the whole country cheers for them, sponsors are attracting them. We should also remember about one thing – in fact we have three players and the whole PZN is carried on them.

We must make it clear that if at this point we would not have Kamil Stoch and God forbid, we would not have Piotr Żyła, we are actually in the same position in jumping as in 1997. Maybe even worse! Then we had Robert Mateja, Wojtek Skupień and Adam Małysz. These players scored points in the World Cup. But we must make it clear that without Stoch and Żyła, who may end their careers in a year or two, we are deep behind. Unfortunately, this is the truth about our flagship discipline.

– It is not the end. Let’s ask ourselves: where are the women’s jumps, where is the nordic combined? I know there are two competitors this season, but where is alpine skiing as a whole? What level do we represent in these disciplines? Neither really! I am not saying this to insult these players, because God forbid I do not want to offend them, I am behind them with all my heart and I support them as much as I can. I just want to show the facts. We are running out of jumps, and in the other disciplines that PZN takes care of, we do not count at all. Therefore, the one who comes after the secretary will have no simple task. It will be very difficult to bring Polish skiing, especially those competitions apart from jumping, to any level. The omissions of over a dozen years will have to be repaired.

READ ALSO: Jumping in Zakopane: this is where PZN will recover financially!

Today we are surprised that we do not have Norwegian combiners in Poland. But let’s ask ourselves who has been their coach for four years.

You are probably drinking to Adam Małysz.

– There were too many bad decisions to fix everything easily and quickly.

President Tajner has been in charge of PZN since 2005. Even Łukasz Kruczek claims that we did not have any systemic training of ski jumpers at all, and we want to have results.

– We had prospects in women’s jumping when Krystian Długopolski was the coach. The players were jumping well, if this trend was maintained, they would be at a much higher level than they are today. But today Długopolski is no longer present in ski jumping.

His father and two-time Olympic athlete Kazimierz claims that these terrible regional divisions had an impact – if Krystian had represented Śląsko-Beskidzki ZN and not TZN, he would have continued to work. Are they so visible?

– Of course. It is true. Therefore, if we are talking about PZN, we should think about the interests of the whole of Poland, not one region.

Do you believe that there may be a resurgence in the form of jumpers at the Beijing Olympics, which are only three weeks away? Is it even possible for Polish ski jumping to bring any medal from China? Kamil Stoch, who was the greatest guarantor of medal chances, has a broken joint capsule, which forces a two-week break in jumping.

– I would love to and I strongly believe that the guys will bring the medal. Jumping is a specific sport. Sometimes inexplicable things happen in them overnight. I sincerely wish the whole team to win a medal this time. I cheer the boys to pick themselves up, wake them up, create the spark that will drive them. I really care about it. Anyway, these are my colleagues. I emphasize – I support them with all my heart.

I am aware that the whole campaign, the pressure on them, is not helping. Everyone is hanging on to them, trying to find something for them, point them out. It is not easy to get to grips with. Even if they try not to read it, it is definitely happening to them. A stone would fall from their heart, they would have gasped if the Beijing mission had been favorable to them.

I would rather not be afraid of Kamil. This break may be good for him. We must also make it clear that Kamil Stoch is Kamil Stoch, his synonym is a phenomenon! In whole ski jumping he would count on the fingers of one hand, and it would not even take all fingers to name such phenomena as Kamil. His lightness in jumping is impressive. At the time when I was competing, I saw Kamil’s very broken jump many times, in which he was able to fly away to such an extent that he stood on the podium. An ordinary player, not gifted with this phenomenon, is not able to achieve something like this. That is why I am calm about Kamil, I wish him that he would wake up and delight us again.

The team of jumpers, which won the bronze medal in the world championship, from the left: Dawid Kubacki, Kamil Stoch, Andrzej Stękała and Piotr Żyła at the Olympics in Beijing is not even among the favorites for the medal
/AFP

The problem is that we base our optimism more on the unpredictability of jumps, because it is really difficult to find logical arguments for a medal in Beijing. All our players lack regularity, and if Piotr Żyła does, it is more at the turn of the top ten and the second ten of the World Cup. He doesn’t jump on the podium either. The same is true of Dawid Kubacki, who is also struggling with the coronavirus. It is also difficult to expect much from Wąska or Wolny, who can make their debut at the IO level.

– The Games are Olympics, but let’s also remember that Stefan Hula was the leader of the previous Olympics after the first series. At the IO quite often someone who has not counted before wakes up. I absolutely do not put off Stefan, who jumped well in Pyongchang. There are surprises both at the Olympic Games and at the World Championships. But there are also certainty and Kamil Stoch is one of them. If Kamil only regains 100% efficiency, I would not delete him for sure. His jumping phenomenon is one of the greatest phenomena in the world so far.

David Martin is the lead editor for Spark Chronicles. David has been working as a freelance journalist.
Previous Will the prices of building materials go down in 2022?
Next Cher about being an icon, experimenting with the image and Kim Kardashian