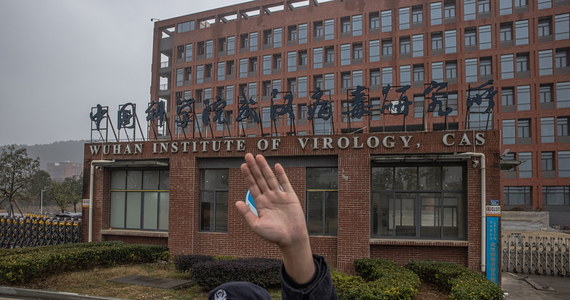 More than 5.2 million victims, overburdened health care worldwide – two years have passed since China was infected with a worrying new virus that causes pneumonia. Over time, the Covid-19 epidemic has become the subject of political dispute, and speculation about the origin of the virus has given rise to many conspiracy theories.

Patient zero was not specified, but many of the first cases detected were people associated with the seafood market Huanan, where wild animals, among others, were traded. There was a suspicion that this was where the coronavirus first attacked people, but it has not been absolutely confirmed to this day.

Suspicions also fell on the Wuhan Institute of Virology laboratory (WIV), one of the world’s largest research centers on bat coronaviruses. The first-class biosafety laboratory operates approximately 30 kilometers from Huanan Market, across the Yangtze River that flows through Wuhan.

The findings of scientists show that the first known patient may have been a seafood saleswoman at the Huanan market, at which symptoms appeared on December 10. The Hong Kong daily “South China Morning Post” wrote, however, citing classified government data that the first person fell ill on November 17, or perhaps earlier.

The local Wuhan authorities initially tried to cover up the epidemic. Local police silenced a group of doctors who tried to warn colleagues about the virus in late December. The most famous of them, Fr.spherical Li Wenliang, later died of Covid-19, which caused a huge stir in Chinese society. It was only after his death that Li was rehabilitated and hailed as a national hero.

The news of the new disease hit the world on December 31, when the World Health Organization (WHO) caught a message from the Wuhan health committee about the cases “atypical pneumonia”. The Chinese authorities then reported 27 detected cases, but according to documents cited by “SCMP”, by the end of the year there were to be almost ten times more.

Wuhan authorities later admitted that they could react to the epidemic faster. According to critics, their neglect and attempts to cover up the crisis led to the virus being spread across China, and later around the world.

Till today the WHO response is controversial, which announced on Jan. 14 that Chinese authorities “have found no conclusive evidence of human-to-human transmission of the new coronavirus.” The organization warned of “potential contagion” between people, but this statement of lack of evidence drew the most attention.

Meanwhile in Wuhan, the epidemic grew rapidlyoverburdening the health service. On January 11, the Chinese media reported the first fatal case. By the end of this month, the official death toll has exceeded 300.

On January 23, the Chinese government announced its decision to introduce severe lockdown in Wuhan, and later in other cities of the Hubei province. Factories, offices, offices and public transport were suspended. Leaving housing estates was forbidden, and exit roads from cities were blocked. These measures, considered unprecedented at the time, were in force in Wuhan for almost three months.

The situation in the city was dramatic at first. Western newspapers reported stories of people with high fever and pneumonia who were sent from hospital to hospital for lack of places. Many people died before they were tested for the coronavirus. The hospitals also lacked equipment and staff.

The sick were placed in conference and sports centers converted into field hospitals. In early February, patients began to be admitted to the first hospital built specifically for people with Covid-19, built and equipped in just 10 days. Wuhan was visited by Prime Minister Li Keqiang, who announced the supply of equipment and the support of personnel from all over the country.

Independent Chinese journalists also reported on the fight against the epidemic in Wuhan, risking repercussions from the authorities. At least a few were later detained, and one of them, former lawyer Zhang Zhan, was sentenced to four years in prison for “causing trouble.” According to Radio Free Asia (RFA), Zhang went on a hunger strike in prison and in November 2021 she was “close to death”, weighing less than 40 kilograms at a height of 178 cm.

Thanks to strict restrictions and the organized efforts of the whole country, China mastered the largest wave of the pandemic in March 2020 and since then the coronavirus is basically under control there. Despite vaccinating about three-quarters of the population, the Chinese authorities still apply the “zero covid” principle and react vigorously even to individual cases of infection in order to nip sporadic outbreaks in the bud.

Restrictions on entry to China are among the toughest in the world. From March 2020, the borders are closed to most foreigners, and Chinese returning from abroad and persons allowed entry by the authorities are subject to compulsory quarantine lasting at least two weeks, and in some cities – up to 56 days.

The origin of the coronavirus has become a political issue and a source of tension in China’s relations with the US and other Western countries. Beijing says the coronavirus does not necessarily come from China and may have arrived there on imported frozen foods. There were also studies to suggest that the pathogen was circulating around the world even before it was discovered in Wuhan.

Videogames entered his life in the late '80s, at the time of the first meeting with Super Mario Bros, and even today they make it a permanent part, after almost 30 years. Pros and defects: he manages to finish Super Mario Bros in less than 5 minutes but he has never finished Final Fight with a credit ... he's still trying.
Previous Legia made a decision about the Pope. What about Raków?
Next Leaked Cover with Kylie Jenner and Travis Scott!

Russia-Ukraine conflict. Joe Biden: We will soon send our troops to Eastern Europe and NATO